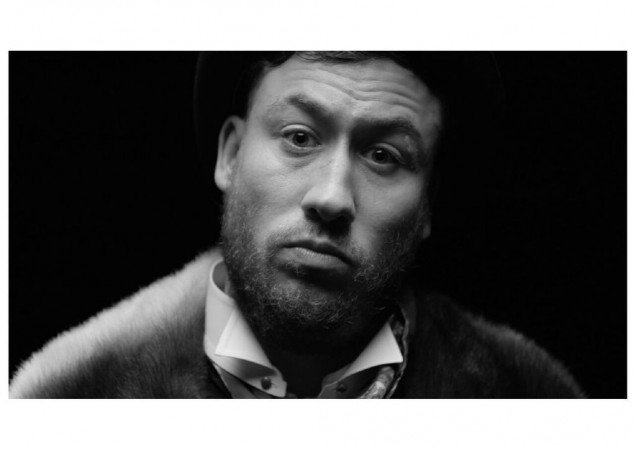 Proving a solid first production for theatre company Cuckoo Collective, ‘The Dog and the Elephant’ delves into the violent underworld of Victorian bare knuckle boxing and the struggles of fearsome fighter Bendigo Barlow. Focussing on the complex character of Barlow who, while possessing a tendency for violence and chaos, also displays clear longings for affection, the play expresses the universal truth that we are all a product of our experiences and how, in echoing Barlow’s words, it is impossible to “walk through the fire untouched”.

Named after the character in the bible who supposedly achieved that unlikely feat, Barlow is a misfit from early childhood; he never talks to anyone at age three, seems to suffer from the involuntary ticks and outbursts of Tourette’s syndrome and, comparing his coughs to barks and his twitches to snarls, he is cast with the nickname “Dog Boy”. A tumultuous upbringing, during which his mother commits infidelity with a local priest “drunk on his own lust” and his uncaring father subjects him to beatings, imbues Barlow with a violent rage that he soon uses to his advantage.

Joining a gypsy community and the world of bare knuckle boxing – the battles brought to life on stage by crowd sound effects and flashing lights – Barlow gains a reputation and learns that there is money to be made through fighting and settling scores for people. A journey involving a rival who threatens to “kill kindness and steal love from you”, and the loss of his beloved girlfriend Hester, leads him to a travelling menagerie and an unlikely friendship with a ten year old elephant called Ina.

The fifty minute performance is upheld brilliantly by Jack Johns who encompasses his character’s twitching and Tourettic delivery with powerful authenticity. It’s actually a style that assists with the demanding feat of the one man show dynamic; any instances of Johns missing the beats of Matt Grinter’s densely written script can be attributed to the ailment of his character. Though the invisible character of Ina is occasionally brought to life nicely through subtle use of the stage’s modest props of large wooden crates and a jacket, the elephant appears a little late in the narrative and thus the relationship between man and beast is perhaps not given sufficient time to generate the pathos the play is searching for.

Though the absense of a live violinist – something which has been included in earlier performances of the production – is disappointing, the aching soundtrack nonetheless effectively supports the melancholy mood of Barlow’s story. It’s a story that utilises a highly effective structural device in Barlow’s repeated references to a book, given to him during childhood by a grandparent, and the reading of collective nouns that break the narrative into separate themes. We learn that it’s a stare of owls, a drift of pigs, a sloth of bears, a murder of crows and a memory of elephants – these final two themes giving shape to the play’s bleak but rewarding denouement.