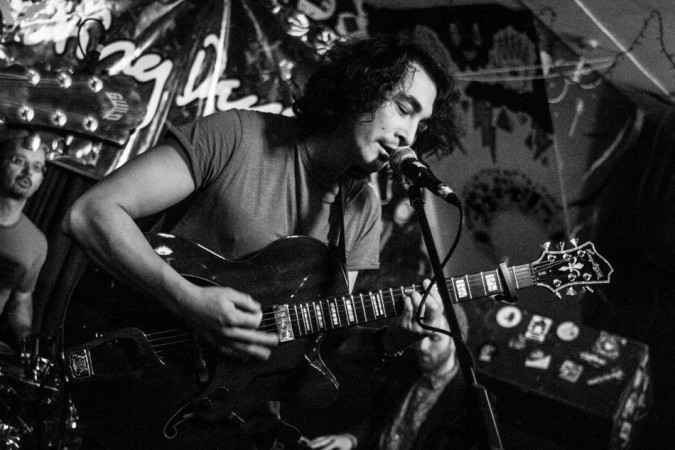 Over four years since the release of their debut album October, Looking South, Bristol quintet The Lasting Days marked the launch of follow up album We Simplify with a celebratory Saturday night of live music at the compact intimacy of Mr Wolf’s. With their rousing brand of Americana-tinged indie rock having acquired both exposure on acclaimed travel series ‘Departures’ and airtime on BBC 6 Music, the new release on progressive label ‘A Future Without’ will feel long overdue for those who have been waiting to hear new material from band leader Richard Smith and his acolytes.

After support slots by local acts Swampgrass and Shaw, The Lasting Days take to the stage at 11pm and begin with the purposeful bass and soft violin/keyboard interplay of opening track “Get To You”. A novel sight for an indie band, frontman Smith is able to alternate between violin and guitar with the latter replacing the former as he propels the band into the bouncing guitar anthem of “You Don’t Belong”; a track that perhaps best illustrates the pleasing blend of male/female vocals with Smith’s lead voice melding effectively with the upper register of guitarist Sarah Proudfoot’s harmonies.

Following the circling riffs of the chilled ‘Smoke without Fire’, Smith acknowledges that “we’ve finally got the record out” before merchandise related formalities give way to the similarly relaxed stomp of ‘Speakeasy’. The pretty guitar picking groove of the jazzy ‘Kuziki’ is a highlight of the evening and its imploring chorus of “Will you wait for me forever?” is the first vocal refrain to truly stick in the memory. A near song-for-song sequential performance of the new album is then made complete by the title track ‘We Simplify’; a Nick Cave-esque, acoustic led piece of earnestness that features some more effective Smith/Proudfoot harmonies before fleshing out into a high energy indie rock finish. 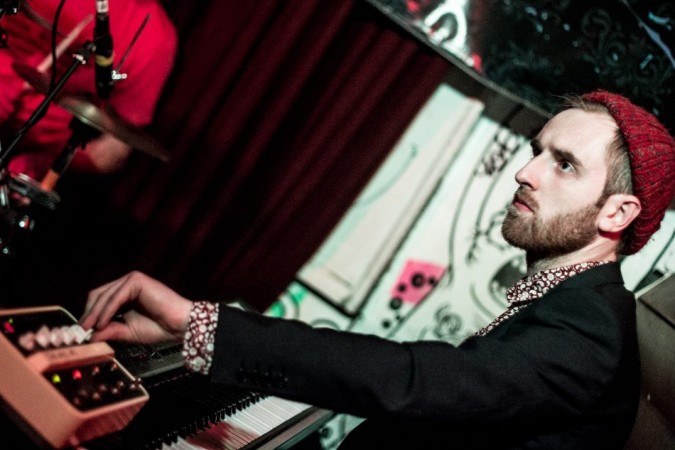 Smith then tells the audience that “we’re gonna play some old tracks” and we hear ‘Perry Riot Blues’, the first of three previously released tunes. In the song’s slow build up, and twinkling keyboard motifs played by the impossibly named Dorian Childs-Prophet, there is a slight redolence of The Doors’ ‘Riders on the Storm’. Smith’s violin then reappears for “Seven Minutes” while the frenetic guitar strums, impassioned vocals and epic finish of “Black Sun” see a fitting conclusion to the evening’s performance.

Nearing midnight, and with DJ Big Chief Weird Bird playing for the Saturday night revellers at Mr Wolf’s until the early hours, it is time for The Lasting Days to kick back with a beer or two and celebrate a successful album launch party. Here’s to more exposure, more radio airplay and more similarly festive evenings to celebrate new material in the near future.