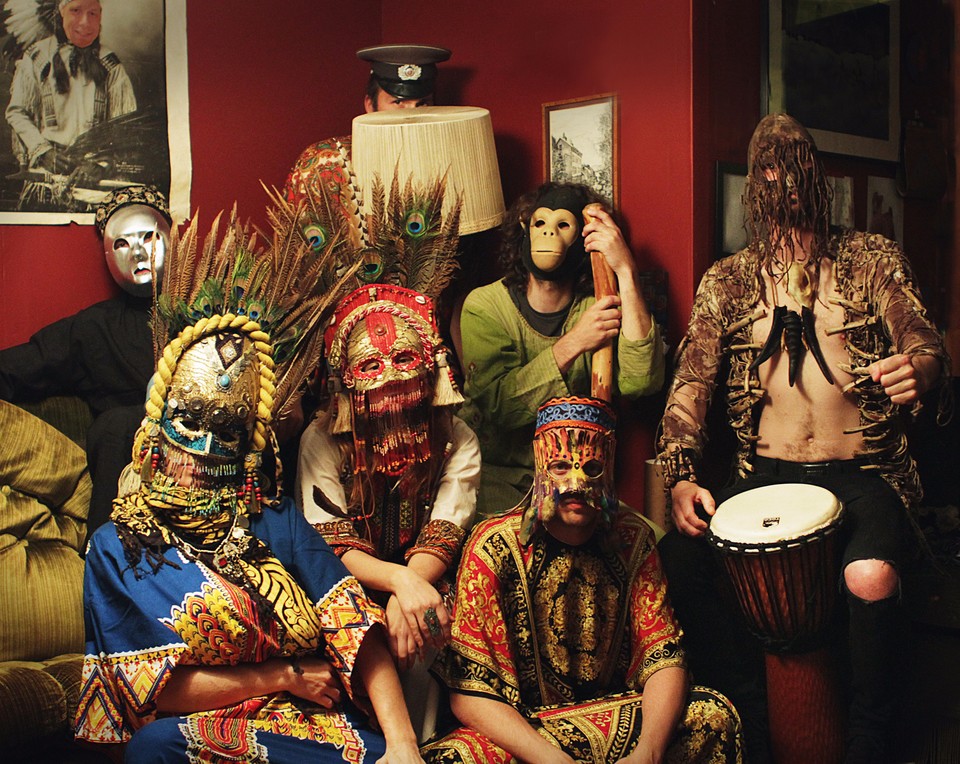 In many ways Goat are a band of anti-modernism. The mystery surrounding them – their identities are unknown, and their faces covered by masks – provides the perfect antithesis to a music entertainment industry that sells itself through maximum exposure. For Goat there are no hourly Twitter updates on the minutiae of their tour schedule. The band members could be 25 or 55, their theatrical garb bypassing the constant demand for young, ‘beautiful’ stage presence. The twin female vocal powerhouses are resplendent in feathered masks and golden capes, their alter egos free to prance and spread themselves about the stage with wild abandon.

Aside from their mystery and theatricality, Goat are an excellent, musically gifted live band, adding a dynamism to their recorded works. Their gig at SWX starts in fine style with an extended freak out jam of new track ‘Union of Mind and Soul’, complete with recorder solos. Fan favourites are mixed in with tracks from their recent album Requiem, including ‘Try My Robe’. Goat prove to be a tight outfit, blending elements of funk rock with tribal rhythms, with most tracks dissolving into hard rock-outs. The north-African infused closer ‘Talk to God’ sounds great, while their biggest hit ‘Run To Your Mama’ is the standout of the night.

Having now been open a year, SWX is starting to make its mark on the Bristol gig circuit. While remnants of its old existence as Syndicate nightclub are still present – the multiple bars are backed by mirrors and blue bottles of spirits – there is ample evidence that the venue has the chops to become a mainstay. The sound system is impressive, and the venue offers a good alternative to the O2 Academy, pulling in a more discerning crowd (with much less audience chatter) and providing better refreshment opportunities.