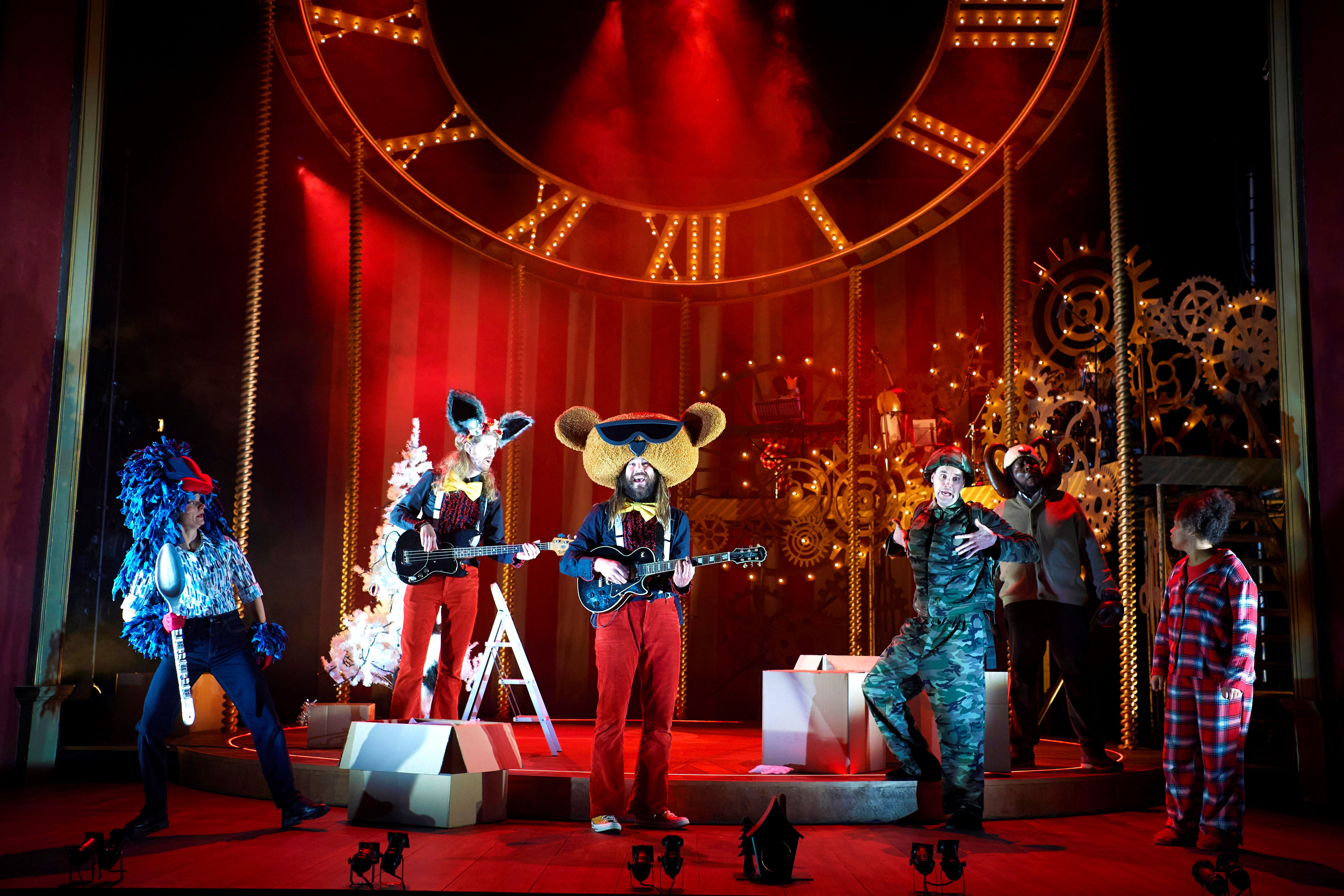 It’s Christmas Eve and young Claire (Mae Mundo) is getting excited by the promise of the following day. Her overworking Mother, (Patrycja Kujawska), is more interested in her phone, making constant calls on behalf of her HR company. Claire’s father, Martin (Kirris Riviere), a wannabe entrepreneur, is more excited by his latest business venture. Unsympathetic brother Eddie (Guy Hughes), at age 10 her older sibling, finds her tiresome, her imagination just childish.

Then interlopes the mysterious clock fixer Mr Choke (Tristan Sturrock), a stretcher and squisher of time, who gifts Claire with a toy nutcracker. She hangs it from the top of the Christmas tree but falls off the ladder. She’s whisked away through a kind of rabbit hole, to an unreality where her toys come to life, the Nutcracker (Denzel Baidoo) pleads for help and the Queen Mouse (Gwyneth Herbert) casts magic over the land.

This is a fast-paced adaptation by Tom Morris of the famous Nutcracker story, without a pirouette or demi plié in sight. Instead, we get body popping from Baidoo as he seduces a young princess (Hughes) locked in a tower, raucous music from an ensemble headed by Herbert, and moments of silliness as King Sausage (Riviere) and Queen Spoon (Kujawska) struggle to keep a grip on their kingdom. 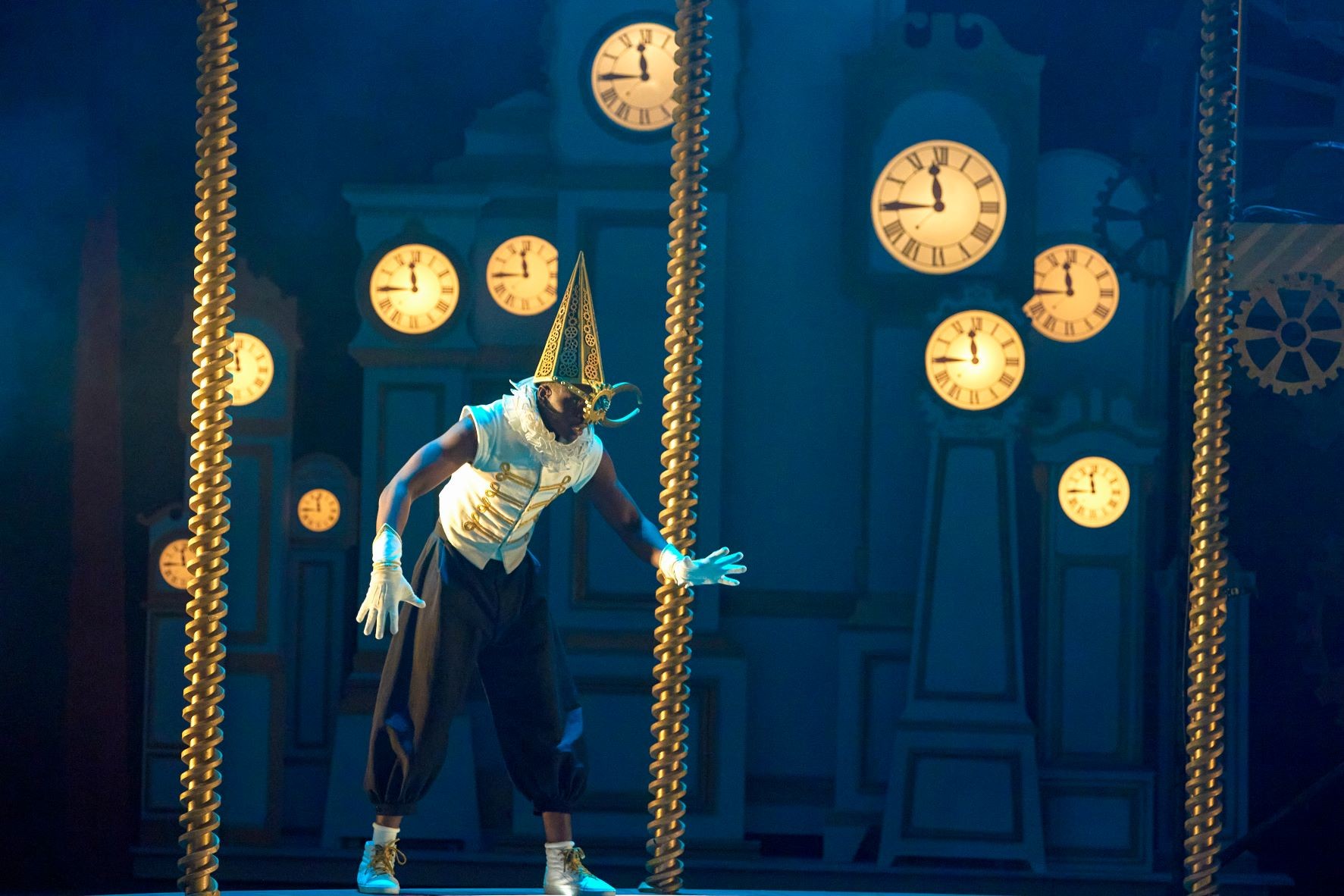 There are also neat twists on pantomime tropes. Hughes plays the dame as the imprisoned young princess, shut away but still able to charm through some beautiful saxophone playing. Marauding mice raid the Queen’s kitchen for fat, which transforms into sweets thrown to the delirious children in the first few rows. Silliness is interwoven with moments of intimacy, in particular a touching duet between Martin and Claire. Best of all is Herbert’s barnstorming performance as Queen Mouse, sassily striding about the stage threatening the status quo and singing in a huskily powerful voice – it is a shame that she has a reduced role in the second half.

There is some confusion in parts of the story. At times it is hard to grasp which universe we are in, which part of the story is historical or allegorical or simply imaginary. However, against the backdrop of a stunning, explosive stage set, this is a show full of life, vigour and – most importantly – magic.