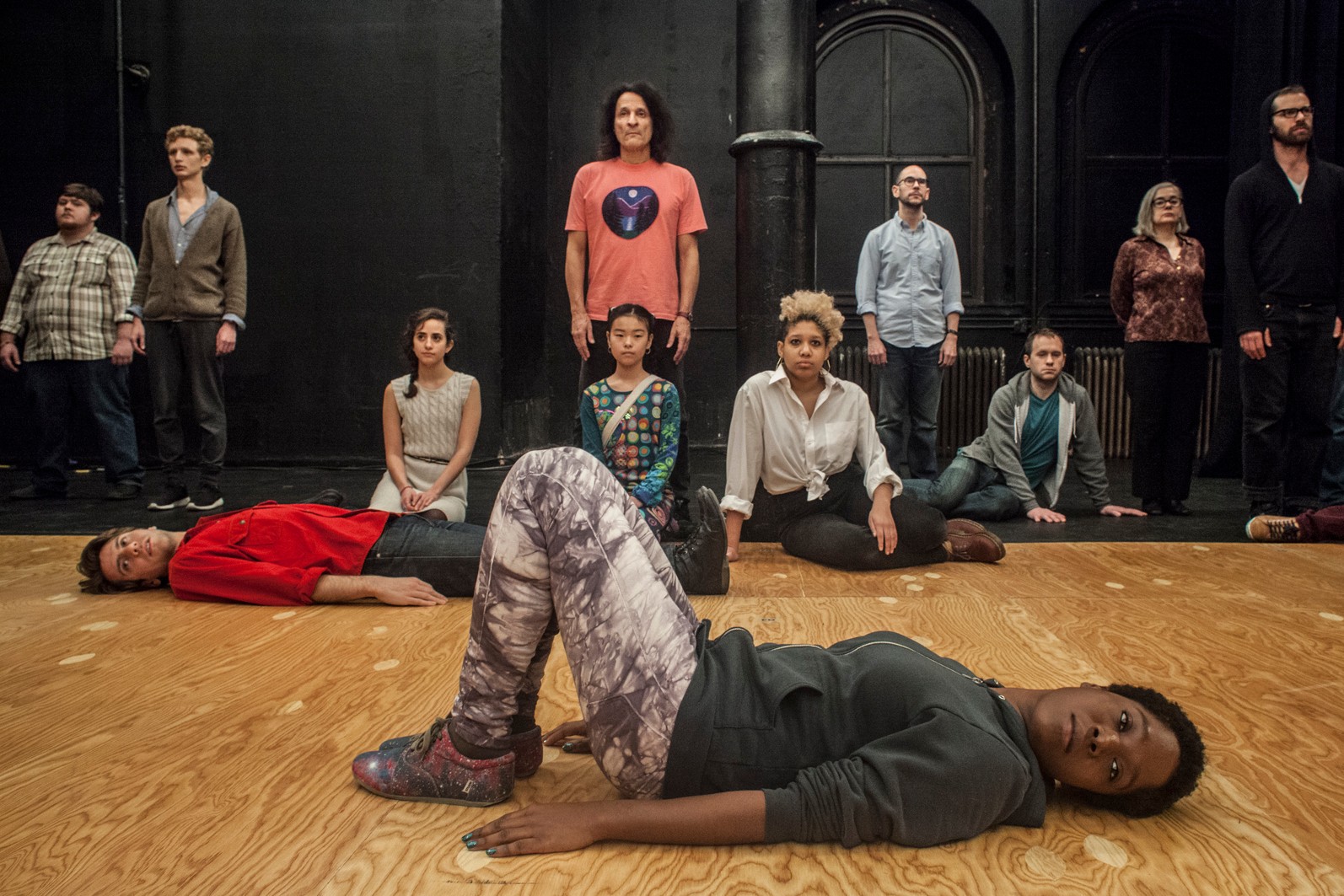 The Record arrives at Bristol Old Vic as the UK debut of New York company 600 HIGHWAYMEN’s critically acclaimed, searingly creative show. 45 Bristolians – who have never met before stepping on to the stage for the first performance – create an assemblage of dance, movement, submission and provision.

The Record captures the unique singularity of us all: breakable, magnificent, and inescapably human. Each of the performers of The Record rehearsed individually and have not met or stood on a stage together prior to the performance.

As a record crackles and a lone cellist plays over the top, performers appear on stage to strike poses, run in circles and stand at angles to one another. One of the first moments involves a male performer falling backwards into the arms of another – a classic trust exercise which is tricky enough to complete with someone you know, let alone a stranger who you’re not sure is instructed to catch you.

The premise could descend into gimmick if not handled well. Enjoyment of the show also relies on knowing the premise – it would be too stark and unintelligible without it. However, what is produced is a triumph of the abstract and ambitious. Commonality and humanity are exuded through the developing on-stage group hallucinations – it is perhaps too obvious to make the link between such a coming-together and the brutal divisiveness spat out by Trump and his cronies, but the signals are there nonetheless. Let The Record state that we are in a common pool, acting individually to create a synthesis of movement.

It is also terrific to see local people performing on stage. Children look excited to be up there, and at some moments look fit to explode. There are the odd smirks at one another, and glances into the audience. Ironically, it is the performers themselves who have the smallest idea of the whole that they have been a part of – it is only when they step back towards the end that they get to have a proper look at each other. It must be so exhilarating for them when their lone movement fits into the greater phenomenon. It is perhaps this element above all that makes The Record such an intense show.