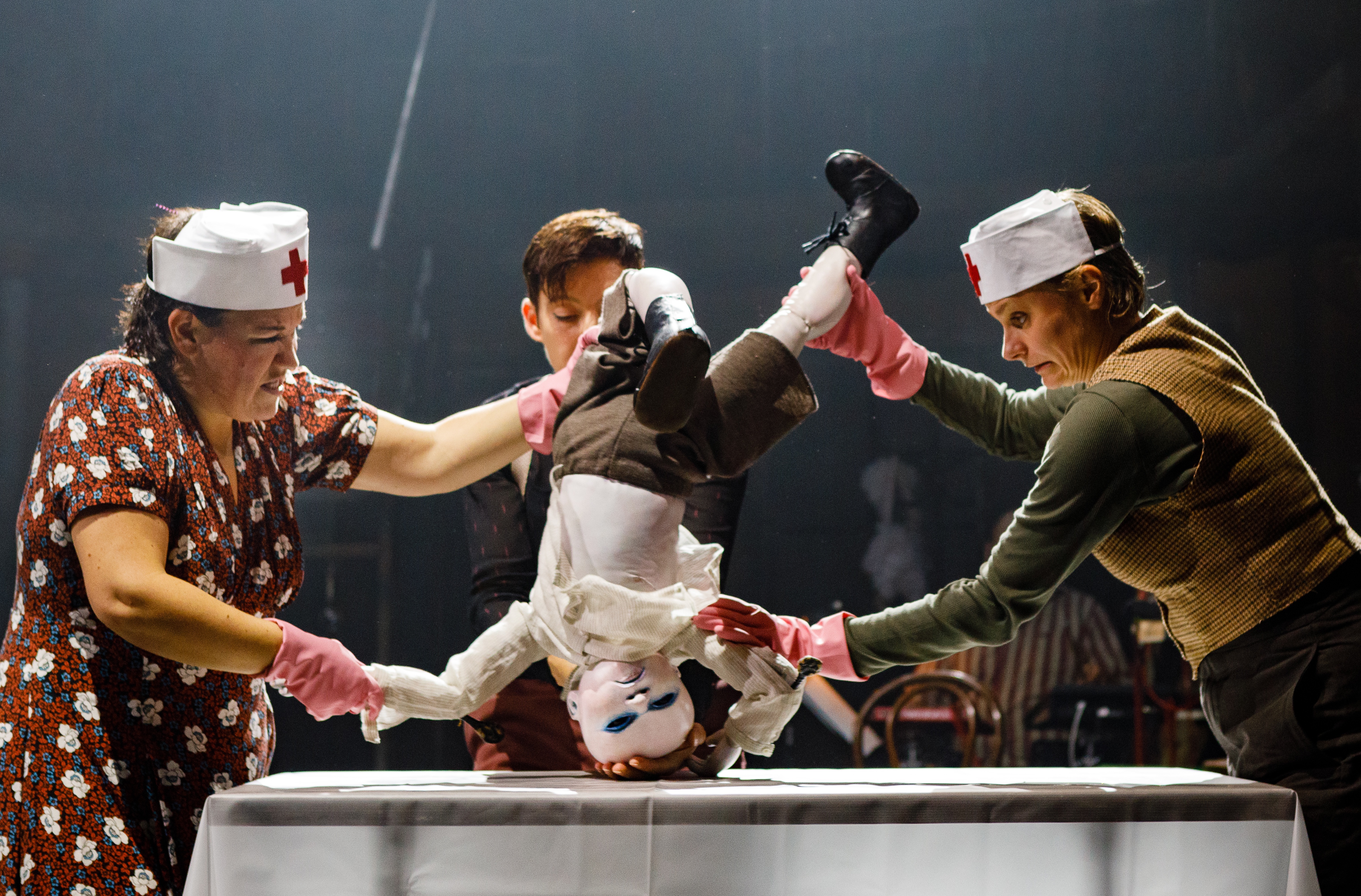 Although, due to technical difficulties, tonight the lights aren’t playing ball.

The issues are so severe as to warrant a statement prior to the shows commencement from Bristol Old Vic Director Tom Morris & Artistic Director for Kneehigh Mike Shepherd.

They needn’t have worried, as technically the team pull-off the performance without any obvious limitations.

Based on the Nobel Prize winning novel of the same name by Günter Grass, The Tin Drum is a surrealist tale that follows the life of Oskar Matzerath, a child with messianic ambitions, through his early life in 1940s Europe.

Set against the grim backdrop of the rise of “The Order” (the Nazi party in everything but name), the narrative explores how personal issues can be played out over historical, political and religious divisions.

In Kneehigh’s adaptation Oskar is played not by flesh and blood but by a puppet that resembles a rather sinister crash test dummy.

Ably puppeted by Sarah Wright and voiced and puppeted by Bettany Jones, Oskar is an unnerving child, whose supernatural aspirations are somewhat credible given that he has the ability to shatter glass with his piercing scream and can manipulate people when armed with his treasured tin drum.

Damon Dauno as Jan Bronchi is charming and aloof, Les Bubb  is sweet yet utterly terrifying as Alfred Matzerath, Nandi Bhebhe is beguiling as Agnes Bronchi/Matzerath and the chorus brilliantly bring to life the puppet Satan (part Sesame street part demon) that is oft in the ear of Oskar

Yet, while the performance and execution is as professional and expertly delivered as ever, there is something missing from the show. The parts are all here but for whatever reason the mix doesn’t feel quite right. Perhaps it’s surreal content is too ambitious. Maybe it is brought down by the sheer weight of it’s dizzying array of ideas like one too many spinning plates. Whatever it may be, the fact is only emphasised by the extended running time of 2.5 hours.