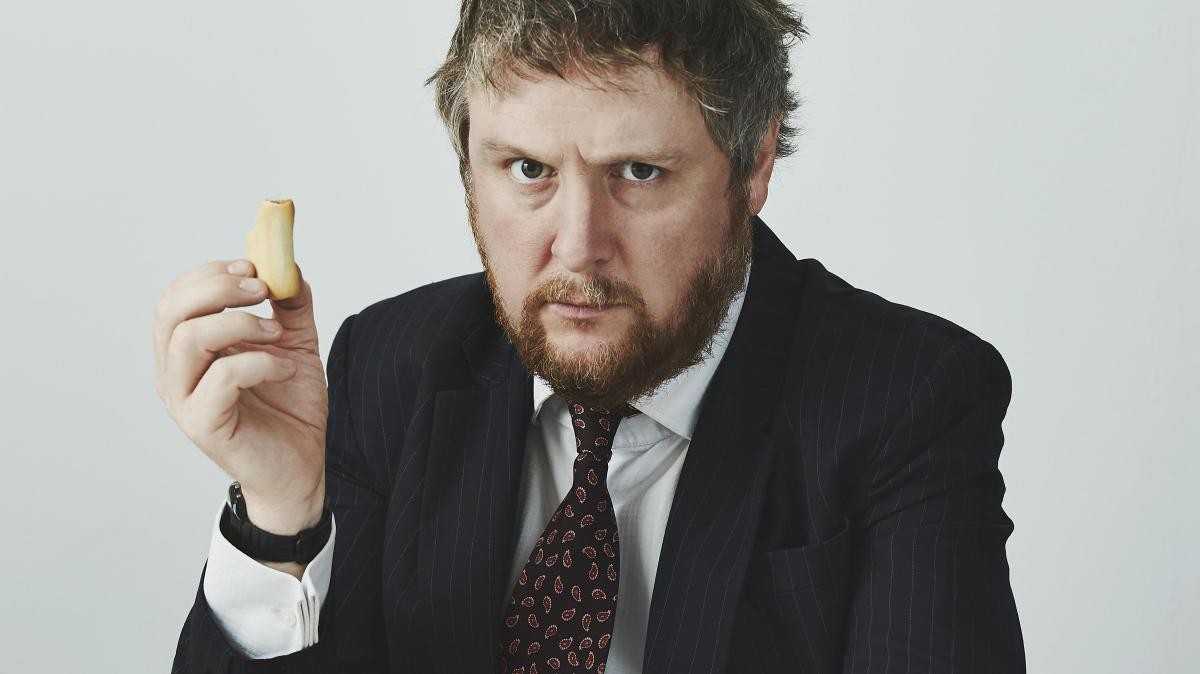 After its nine year run in Queens Square ended in 2019, Bristol Comedy Garden expanded and moved its annual stand up extravaganza to the Downs last year. However, we were still shaking off the shackles of remaining Covid restrictions so 2021’s event apparently took the slightly unusual form of spread-out audiences, dislocated pockets of laughter and out of practice comics scrambling around on stage in varyingly successful attempts to find the humour in it all. Thus, this year’s event is the first fully realised, off the leash incarnation of its now expanded form at Durdham Downs. This is evening two of an impressive five-day programme featuring no fewer than 39 of stand-up comedy’s brightest stars.

The night’s compere is local boy, Comedy Garden veteran and seemingly go-to audience interactor John Robins. As ever, Robins adroitly mines for comedic gems amongst the audience members though he runs straight into a cul-de-sac when, in asking the usual questions as to a person’s chosen career, he hits upon the far too respectable and worthy role of “providing cancer drugs for kids”. Alluding to a large Wednesday night session involving a 10.5% beer at Small Bar, Robins appears a tad hungover and charmingly fumbles around the distinctions between acronyms and initialisms. He is nonetheless sharp enough to riff upon various forms of transport activity around the site, including a ‘wanker’ revving his motorbike.

There’s a lovely moment between acts when, via his assistant, Robins reappears on stage and delivers a coffee and hot chocolate to an audience member who didn’t have time to purchase said beverages during the first interval. There’s a tongue twister involving a gentleman called Ben brewing beers for a company based in Bristol, and Robins utilises the big screen technology to meander through the crowd and scarf some nachos. Robins’ letter to Instagram finale is amusing enough but serves to highlight that riffing off an audience is his prime talent.

Admitting that he has “no plan B” and only a single joke in a time of crisis, Mike Wozniak delivers an absurdist monologue that recounts – well sort of – an old family story told by his Polish aunt Zuza. Utilising nicely formed turns of phrase, an obsession with irrelevant or minor detail and an off-kilter perspective, Wozniak’s rambling tale originates on 1st September 1939, the day of the Nazi invasion of Poland. However, this being Wozniak, we get there via a mention of Iron Maiden’s March ’82 visit to EMI Studios, and his family home in ’87.

Wozniak ingeniously boils down his aunt and uncle’s life-deranging wartime struggles to a trip to the shops to buy a trouser button and, rather than focus on the myriad significant events of 1939-45, he instead digresses into farce; for instance, his Dad defrosting a guinea pig in a microwave and a “lovely but accidentally deadly” neighborhood family. Wozniak’s sense of the ridiculous perhaps works best when applied to the serious details of World War Two, such as when he ponders Hitler’s multi-tasking demands of owning a dog while hellbent on invasion. It appears that Wozniak’s style isn’t quite landing with certain pockets of the audience but it’s an enjoyable display of preposterous storytelling.

Russian born Olga Koch begins her set by decrying how being dumped the day before her 29th birthday is akin to almost any Hollywood film ever made. She describes the travails of dating a Disney Adult and offers the image of oral sex in a Toy Story themed hotel suite. Her routine around “Ho Culture” produces the retro referencing of original fictional cougar Stifler’s Mom and the recounting of a Mamma Mia party experience equates to the fact that a shit tonne of Abba songs are played, and the attendant crowbarring in of dinner table dialogue to induce yet more Abba tunes.

Koch’s routine around her applying for TV show The Batchelorette feels stronger, particularly in her description of the “parade of freaks” on offer, and she nicely riffs that the show’s producers could be calling when she suddenly receives a notification on her phone. Her set concludes with an inarguable piece of logic provided by a heterosexual man in subverting the usual straight man’s response to the “if you had to, would you be top or bottom?” conundrum.

Scrambling to put on a pink tie to the sounds of quirky music, only to then fully zip up a tracksuit top to cover the aforementioned tie is no conventional start to a stand-up set. And Tim Key is certainly not your run-of-the-mill, meat and potatoes comic. He implores someone in the front row to hold his can of beer in between sips and brilliantly milks humour from the situation by being pointlessly obnoxious to the gentleman holding his drink. There are several interludes where Key pretends to read farcical poems from the back of playing cards and he intermittently barks instructions to a backstage lackey who’s in charge of the set’s persistent background music.

It’s like some bizarre performance art – punctuated by Key’s loud Tourettic outbursts – but extremely funny. When Key launches into this Covid lockdown material, it somehow feels fresh and deconstructive, as if he is subverting the tired notion of pandemic jokes while still delivering pandemic jokes. He talks of a friend who utilised stilts to adhere to social distancing, brilliantly explores the notion of using alcohol to define weekdays from weekends during lockdown and sardonically laments his loss of career momentum after his Perrier Award in 2009. It can’t be easy to perform stand-up as unique and subversive to the form as this; Tim Key’s performance is head and shoulders above anything else we’ll see this evening.

Headliner Phil Wang’s early set material about “Bath being full of white people” and the comparisons between English and Asian people feel – certainly after the originality of Key’s set – a little too easy and well-travelled. He attempts to get a lot of mileage from familiar observations such as English people being terrified to reheat rice and the Chinese reacting badly to milk.

Wang is at his best when he floats free of mining from his half Chinese-Malaysian identity and the set features some strong moments; there’s an amusing routine about the assumed guilt of Instagram users when parent’s post emoji covered pictures of their children and Wang hits a sweet observational spot when he posits the pointlessness of having household photographs of the people who live there. Elsewhere, his mocking of a business displaying itself as an LGBTQ safe space taps a promising vein of corporate cynicism and perfunctoriness around social justice issues, and it feels under utilised. Wang’s set is a little patchy but its inspiring moments are not wasted on an engaged and enjoying audience.