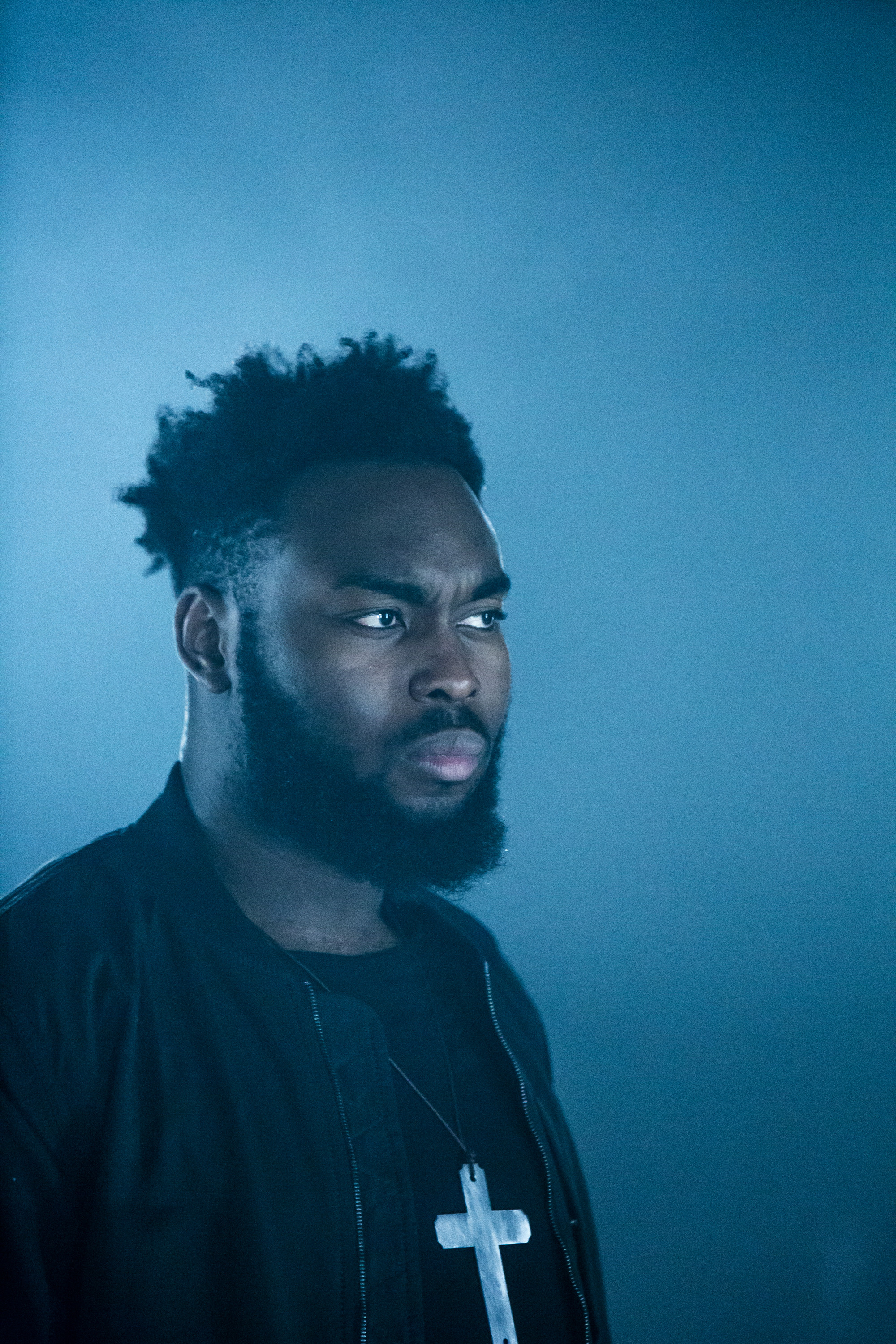 For the first time in 8-years Shakespeare at the Tobacco Factory (STF Theatre) revisits Othello. And given the current anti-Islamic rhetoric emanating from across the pond its return couldn’t be more appropriately timed.

While Donald Trump wages a war of ignorance and hate against Islam, guest Director Richard Twyman has made a concerted effort to put the fear of “the other” front and centre in this retelling of the Venetian ‘Moor’.

On his way to achieve this goal Twyman has added some subtle additions to convey the Islamism of the chief protagonist.

Despite opening with an explicitly direct (additional) scene showing Othello & Desdemona marrying and exchanging words of love and commitment in Arabic, on the whole it’s a fairly subtle stance, that isn’t always perceptible, but does add a different note to the tale.

Moving the story forward to the present day the cast are attired in modern garb. A move that makes the setting easy to confuse with the uber-trendy streets of Hackney or Dalston rather than the medieval alleyways of Cyprus or Tudor stage of Elizabethan Stratford.

As ever with an STF Theatre performance the production values are sublime. Designer – Georgia Lowe, Composer and Sound Designer – Giles Thomas & Lighting Designer – Matthew Graham work in perfect unison, adding another level of phenomenal sheen to the artful creation. Blending to great effect strip LED lighting (that flicker and pulse to mimic the unsettling energy) with delicately ominous soundscapes and even the novel use of a boxing mic. 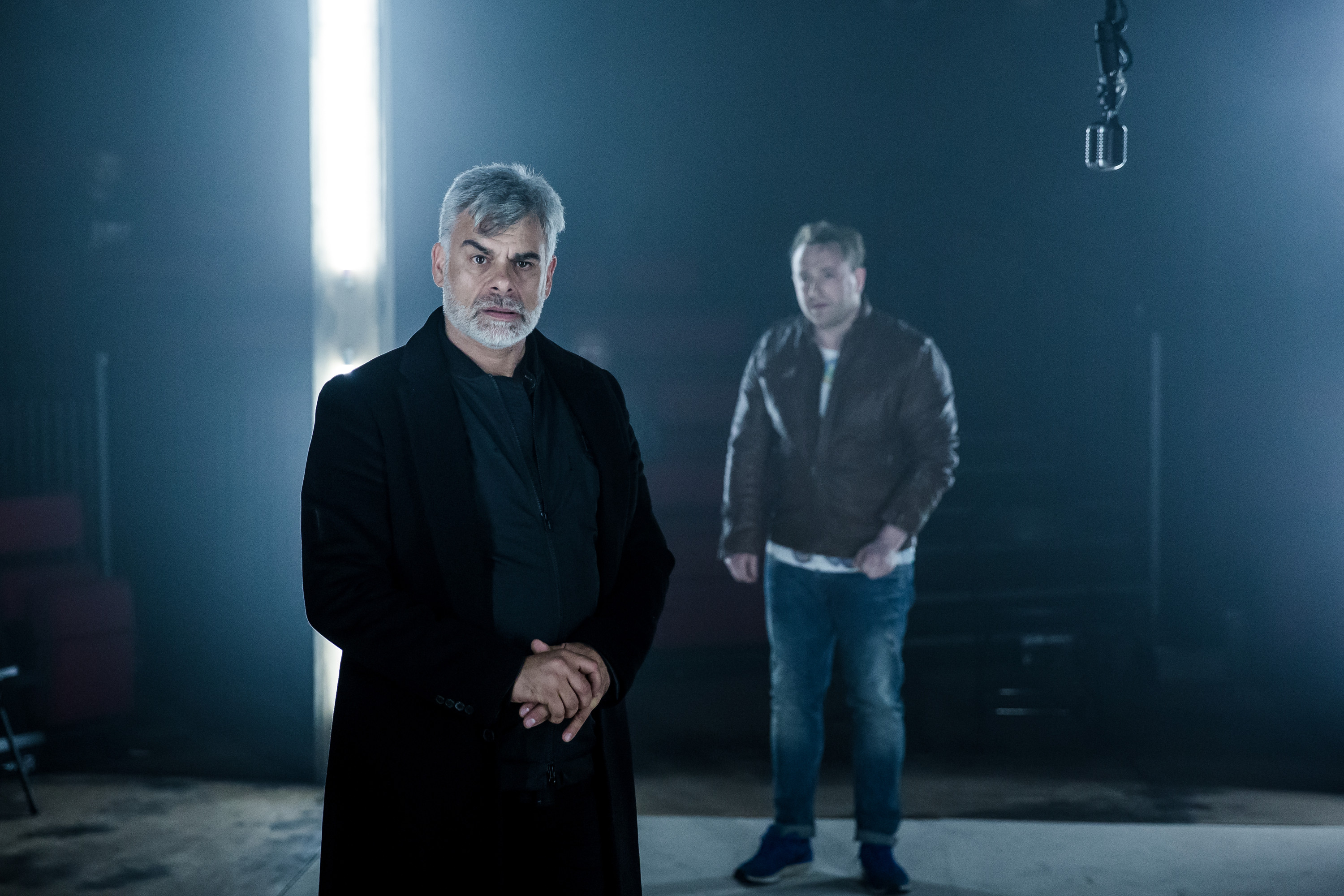 Abraham Popoola’s as Othello is a true giant of a man, towering above the rest of the cast, and exuding the presence of a truly formidable and commanding captain. His monologue to convince the Venetian Senate has the crowd softly eating out of the palm of his hand early in the proceedings.

In Norah Lopez Holden’s Desdemona he finds his true muse, and their interactions have an effortless & natural chemistry, that is emphasised by their choreographed gambolling.

Holden’s Desdemona is spiky and forceful and her innocence is drawn from the pureness of her energy rather than the meekness of her naivety.

These are not women to be side-lined and the mirror that she & Katy Stephens, as Emilia, holdup to us, reminds us that the marginalisation is not just confined to race or creed but also to sex, based on patriarchal virtues that have, even now in the 21st Century, not yet ceased to pervade society. Finding themselves the subject of unjust ire, the women acknowledge the inequity of their subjection under the yoke of their perfidious husbands.

Iago, here portrayed by the sensational Mark Lockyer, never makes a misstep. Lockyer’s depiction of the malevolent ensign is delivered with wit and charisma, bringing a quaintly English cynicism (that only a snide underling with allusions of ultimate power can possess) to the fore. Rowan Atkinson’s Blackadder would be truly in awe of his contemptuous, cowardly, opportunism and constant conniving.

While whispering in so many ears’ as to make one dizzy, his manipulations are delivered with a mischievous knowing wink to the audience that is pure comedic brilliance.

If Lockyer’s Iago draws on a hint of Blackadder then Brian Lonsdale (Geordie) Roderigo is every inch Baldrick. Bumbling into situations without question, or hesitation, he adds an effective and timely light relief to the simmering tension that underpins the whole play. Whilst their time on stage is only fleeting it is nonetheless unforgettable.

A great cast all round the whole play flows effortlessly throughout. Until, ultimately the anger, rage and suspicion built on Iago’s essentially covetous lies spills over into the violent crescendo that concludes proceedings, with a truly perilous level of realism.

Clad in a modern finesse, and with a jolly good splash of classic British comedy thrown in for good measure, this STF Theatre interpretation of Othello is a timely reminder of the perils of unfettered fear and jealousy and how it petains to predjuice.

Kevin McGough
Photos by The Other Richard