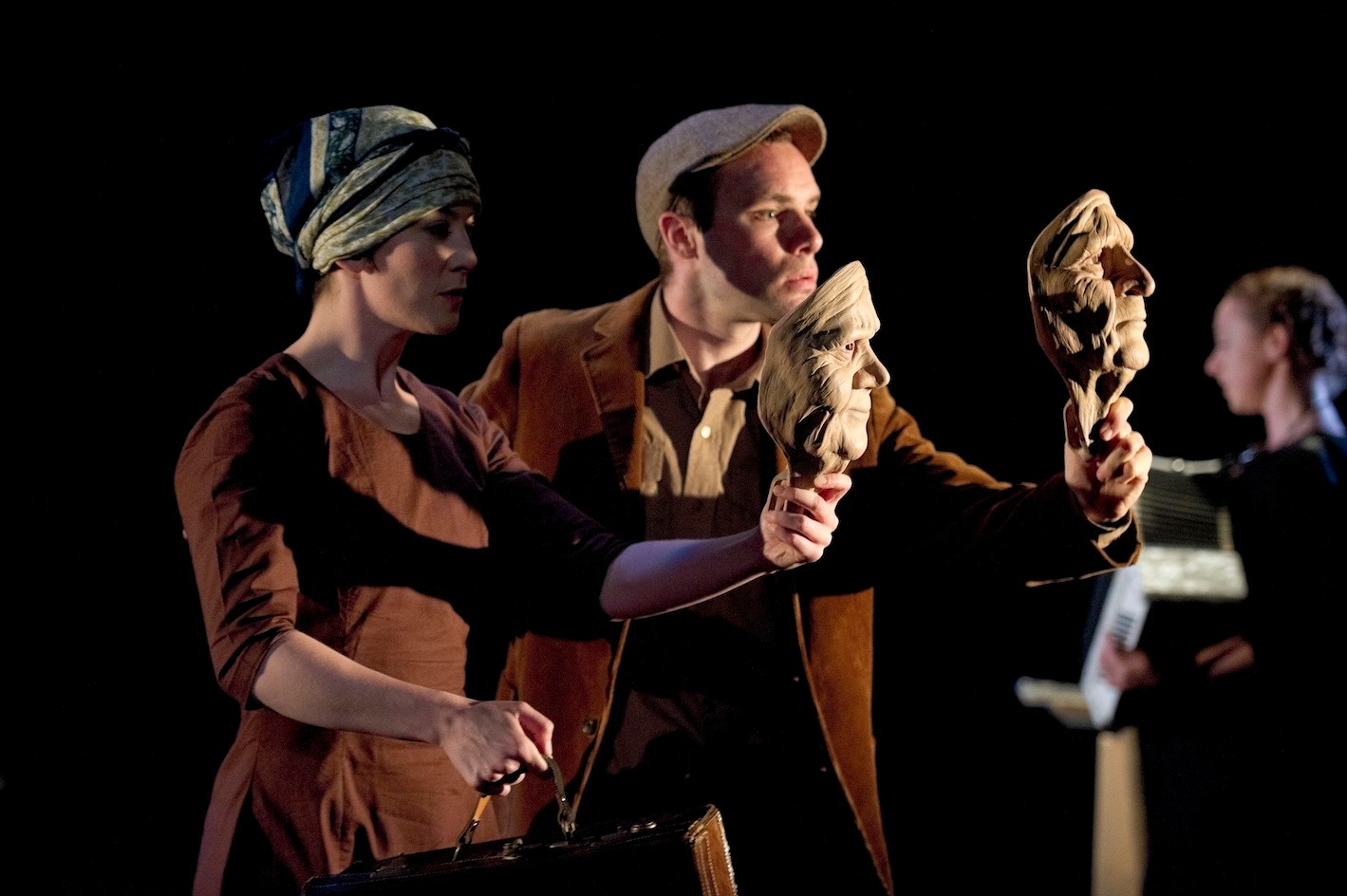 First conceived in 2010 and going on to gain critical acclaim at the 2011 Edinburgh Fringe, Theatre Ad Infinitum’s Translunar Paradise has made a return to the stage as the company celebrates its 10th anniversary. A dialogue-free mime piece, it presents a mournful, bittersweet rumination on life and death, love and loss, daily routines that suture relationships.

George Mann (who also directed and wrote the show) plays an old man who loses his wife and subsequently struggles to deal with the loss. He is haunted by his wife, as the objects he encounters every day bring back memories, both good and bad, of the life they shared – their first date, his going to war, her having a miscarriage.

Considering all of this is conveyed through mime only, Translunar Paradise is a staggering achievement. For much of the show Mann and co-star Deb Pugh are wearing masks, leaving only bodily movements and the odd drop of the head to get across their story. They manage to cover existential subjects such as memory, the afterlife and grief with stunning poise and elegance.

The beauty of mime is that it leaves a space for the audience to fill with their own interpretations and sensations. It also leads to more straightforward storytelling – in Translunar Paradise the poignant moment of death is a moment that words could not enhance. This is not to discredit the performers, who bring such humanity to their roles – I have never known the appearance of a teacup to bring tears to my eyes, but it did so here.

The show is also full of lovely touches, in particular the alignment of movement with the musical accompaniment (mostly accordion and voice) provided by Sophie Crawford. The score is infiltrated by Burt Bacharach and Vera Lynn as the old man looks back at his life. The couple filling in a crossword on the wife’s deathbed provides comic relief, while elsewhere Pugh clutches at her stomach as she remembers the misery of losing her child.

Translunar Paradise is a triumph – melancholic and beautiful, slow and considering. It does more with simple movements than many shows can do with ten thousand words, and it is fantastic to see it back on the stage.