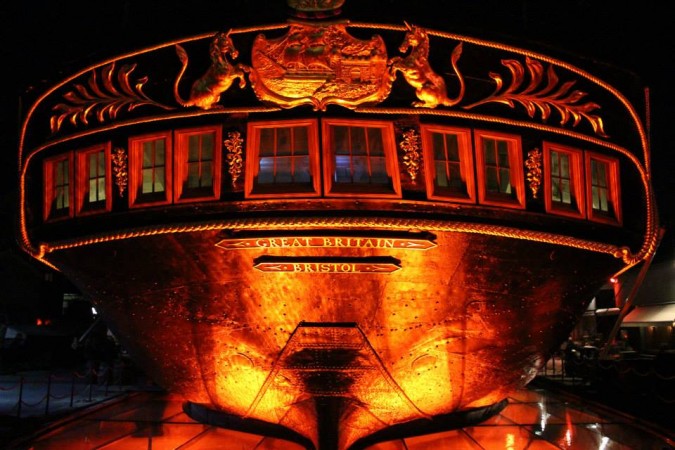 In a Halloween treat, the SS Great Britain opened it’s creaky doors after dusk for Spooky Ship. Working in collaboration with Bristol Old Vic, brave visitors were invited to creep beneath deck to explore the macabre underbelly of Brunel’s triumphant vision of the future, brought to life by a scattering of actors from Made In Bristol.

Generally playing upon themes of cerebral undoing, upon entering the ship visitors are greeted by a collapsed lady, singing and playing the violin while stroking the long locks of her hair, no longer attached to her skinned pate. Exploring deeper, a mad cook with a bloody glint in his eye revels in tales of spilling the guts of pigs. 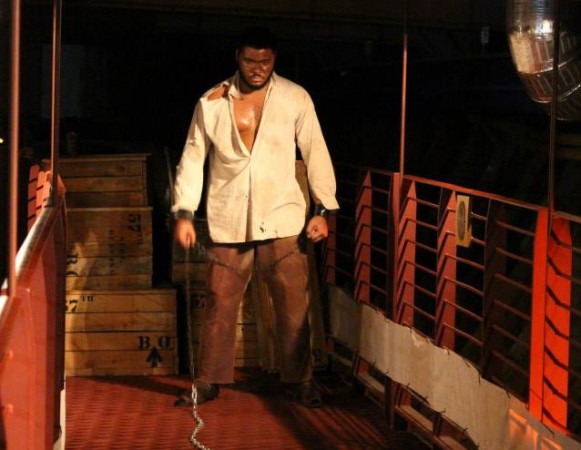 In the cramped passenger cabins, a dazed and confused youth searches for his father, seemingly long lost to the sea. In a reversal of this, a lady crouches on the floor entangled in knitting wool, muttering about her ‘water baby’. A distraught bride kneels before a wandering priest to plead with him.

There are two particularly chilling corners of the ship. Echoing menacingly, a chained hulking prisoner rages at his keepers, and storms towards startled onlookers. In the dining room, a slumbering strumpet pounces on passers-by.

The event is a fine example of how attractions like the SS Great Britain can fully utilise their bodies. It is also fantastic for the actors involved, none of whom looked over 21, who are essentially given their own personal audience as they play with the material given to them. The wandering priest excels at adapting his script to unsuspecting individuals, engaging older passengers with tales of sinful activity and shocking young ladies with cries of ‘Harlot!’

The only downside of the event is that the presence of fellow attendees dilutes the frights, but that can hardly be blamed on the ship. All in all there can only be one word to describe Spooky Ship …spooktacular!