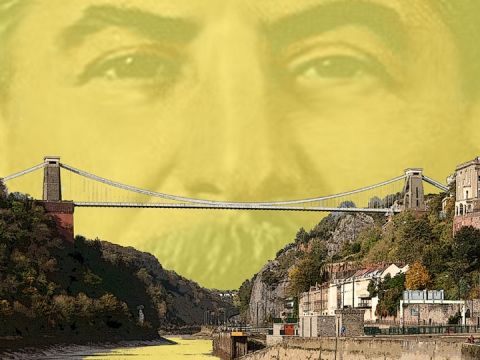 Unbeknown to many Bristolians is the actuality that, for many years, the suburb of Clifton once played host to the progeny of one of the world’s most brutal dictators. After fleeing for America in 1967, Svetlana Alliluyeva’s journey of escape from both the Soviet Union and the overbearing legacy of a father who was responsible for the death of countless millions, first led her to Bristol in the 1990s. On often overlooked aspect of tyranny is the collateral horror bequeathed to family members of despotic rulers and ‘Stalin’s Daughter’ uses this as a basis for exploration as it imagines Svetlana’s life during her many years in Bristol up until her final migration to the USA in 2009. Standing on the austere stage, eyes wide, bright and hopeful as she portrays her character’s arrival in the West Country, Kirsty Cox’s 70 minute monologue begins as she solitarily, and skilfully, delivers Svetlana’s story.  After being taught the colloquial method of thanking her taxi driver, “Cheers drive,” there is a light touch to Svetlana’s arrival in the city as her laughing embrace of the birds, the sunshine and the grass imbue her with notions of a “happy” and “inconspicuous” escape from her past. However, the shadow of terror never looms too far away as a series of flashbacks and recollections bring forth the grim spectre of yesterday: she drops a pineapple on the Clifton streets and imagines the gutter being filled with the blood and remains of butchered Communists while also recalled is the death of her mother, later arising as a suspected suicide, when Svetlana was just six years old. Striving to quell the destructive power of her retrospection, she looks to the future with a forced optimism: “Tomorrow I make new memories.” After constant attempts at retreat and reinvention through a series of identity changes, Svetlana manages at least some semblance of a “reclusively inclusive” life; changing from Phyllis Richards to Angela Bruckner to Stephanie Hatcher, she adopts routines of “takeaway on a Thursday,” dancing at the Women’s Institute and, during regular trips to shop for fruit, takes a shine to local greengrocer Vince. These ventures into normalcy are soon tarnished though as her vivid recalling of the past lead to missed opportunities with Vince and a harrowing memory of being six years old and, courtesy of her father, being dragged up to a dance floor by her hair and forcibly made to Polka dance for the Bolsheviks. With the barebones simplicity of an empty stage, save for a simple rack of shelving and a few small props, Cox admirably brings the tale to life. Using changes of intonation to capture the clipped dialogues of various characters and an often florid, present tense delivery of both the main narrative and the regular forays into reminiscence, Cox wonderfully executes David Lane’s script with expert confluence. Though there are lulls where the limitations of the single person format become apparent, they are conquered by Cox’s utterly convincing and dynamic performance. After the revelation of Svetlana’s “secret friend” and a visit to a dying Vince, who recognises Svetlana as the real face behind her various identities, she concedes the truth from which there is seemingly no escape: “I’m Stalin’s Daughter.” At the show’s epilogue, we are presented with the symmetry of the same taxi vehicle as a cancer-ridden Svetlana departs from Bristol forever. For Joseph Stalin’s daughter it seems all too clear that, to make new memories, there were never enough tomorrows. 7/10
Follow @Thefixmag
Recent Posts
We Like You…