Read our interview with The Stranglers’ JJ Burnel here – 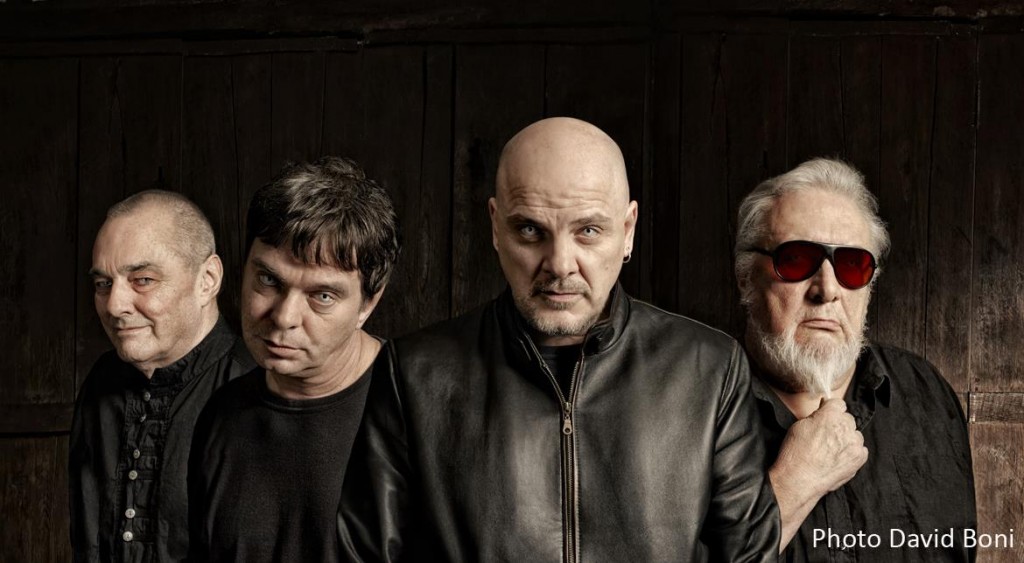 The Stranglers hold a unique space on the original punk scene – a band that has incorporated different genres, brilliant playing and longevity. An early reputation for hell-raising was matched by a peerless catalogue. At O2 Academy Bristol tonight, they bring together a generation of passionate fans who haven’t lost their ability to pogo. First up, The Godfathers serve up a taste of authentic punk whilst maintaining the uncompromising stance of South London rudeboys with a sense of humour. Their sound is vintage punk that encompasses rockabilly (“Walkin Talkin Johnny Cash Blues”) and an affectionately true Ramones tribute. They also perform a meatier version of John Lennon’s “Cold Turkey” with a breakdown so howling and dark I thought I might be coming off drugs myself. They provide a solid support which occasionally lifts into something more ear-catching and does at least stir up a building atmosphere. The Stranglers have an energy and freshness that defies their years. A 26-song set is barely heard of in a venue more used to staging bands at the opposite end of their careers. Nevertheless, they rattle through it at breakneck speed. Their vibrancy is backed by a stack of strip lights befitting of a Glastonbury headliner. It’s some departure from the potless, lo-fi punk aesthetic of 1977 but then The Stranglers always existed on the softer side of punk. That 3-chord motif doesn’t really apply to players of this quality and they remain as sharp today. Making an appearance tonight is drummer Jet Black, now 74 years of age and still lightning quick. The accolade of most eye-catching performer though must go to synth maestro Dave Greenfield. He helps reproduce The Stranglers distinctive combination of heavy punk and synth riffs. The sound has run a vein through subsequent years, from Blur to Kasabian, and remains massively influential in the modern day. Beneath the colourful patterns of the lights, the two guitar-wielders Baz Warne and JJ Burnell encircle the bare, open stage, swapping mic time and filling with high kicks. “Christ, look at all those baldy heads”,  singer Warne exclaims of the audience, but the band remain as hot as they were in their heyday. The setlist includes all the expected hits: “Peaches”, “Always The Sun”, “Skin Deep” and many more. Four new songs, including “Mercury Rising” are also integrated early into the set. The inevitable highlight is the idiosyncratic “Golden Brown”; their finest moment in which a lapping synth riff and later guitar break strike perfection. Though maybe songs like “Nice N Sleazy” belong to their age. The set peaks during the encore with “No More Heroes”. By this stage, the bass has been tuned to earth trembling levels. And it is during its dizzlyingly rapid arpeggio that Greenfield breaks out and drinks from a water bottle. It marks the concert rendition and the set then closes in a raucous implosion of noise. Tonight the band has lived up to it’s billing. All the hits are present and delivered with punk precision for maximum impact. Into their fifth decade, they know how to bring the house down by now. Long may they continue to do so. Find out more about The Stranglers at www.thestranglers.net
Follow @Thefixmag
Recent Posts
We Like You…