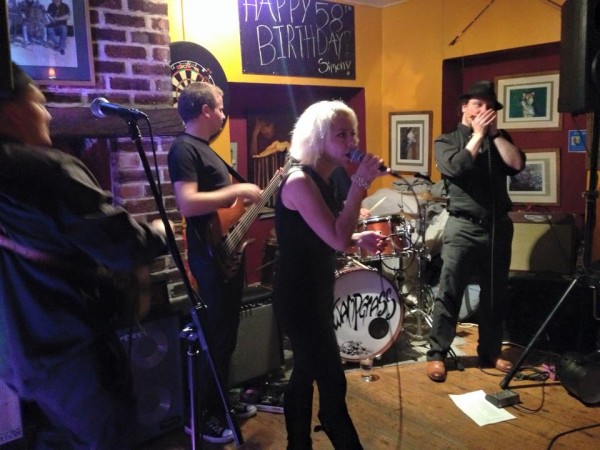 After a summer spent hitting the UK festival scene with some vigour, Glastonbury based blues big hitters Swampgrass returned to their hometown and local drinking hole with a special gig to celebrate the impact of music connoisseur Simon Sturt’s contribution to the scene. Joined on the bill at Mr Sturt’s very own The Hawthorns by local favourites Liam Howard and Shaun Buxton in addition to Celadore in their role as the prodigal sons, the chap lauded by Swampgrass as ‘everyone’s favourite landlord’ couldn’t have had it much better. It really was the kind of gig that makes you realise just how wonderful live music in an intimate venue can be.

Although the evening’s events were very much designed in tribute to one man, it was a fantastic advert for Glastonbury’s music landscape, which features an array of talented artists that often has us spoilt for choice. Regarding venues, The Hawthorns has been one of the few leading lights supporting this and the home Simon has created has facilitated not only the growth of a music scene but also the development of the musicians within it. Two of those beneficiaries were first up with Liam Howard being supported by Andy Badman in a joint acoustic set that saw the former showcase the raw power, smooth delicacy and altogether melodic assets of his vocal repertoire. His songs are easy on the ears with many a catchy chorus. Having built a following locally both as a solo act and with his band The Truthseekers, many describe his tunes as well crafted and infectious and upon the reaction to “I Believe” it was obvious those in The Hawthorns concur.

Shaun Buxton followed; he has developed significantly as a solo act after attending Hawthorns’ much-hyped and loved open mic sessions in an attempt to perform without his rock band, Razar, behind him. Buxton delivered a mellow set with deep meaning that pleasantly surprised an intimate crowd that had been drawn in early. “You didn’t look out of place,” was one much appreciated complement levelled at him from a punter as he made his way through the crowd at its conclusion. Celadore were up next, a band whose lead vocalists Rob and Charlie, previously wowed Glastonbury audiences in the guise of Franklin & James with a performance in the town back when they were 14 and had already triumphantly returned to play a Glastonbury Fringe gig since. Now in their late teens, they put in what many have described as one of the most exciting sets to be played at the venue in recent years and they deserved to play to a venue that by now was packed. The young quartet from Southampton served up classic guitar-based indie with an Anglo-American tug-of-war of influences prompting me to think they were a little bit Strokesy, a tad Arctic, a dash Charlatans and a touch Interpol, whilst there was a 60s rock feel in places too. They may disagree and they do call themselves a rock and roll act so the indie tag may not be appreciated, but if you are reading – I loved it, chaps. 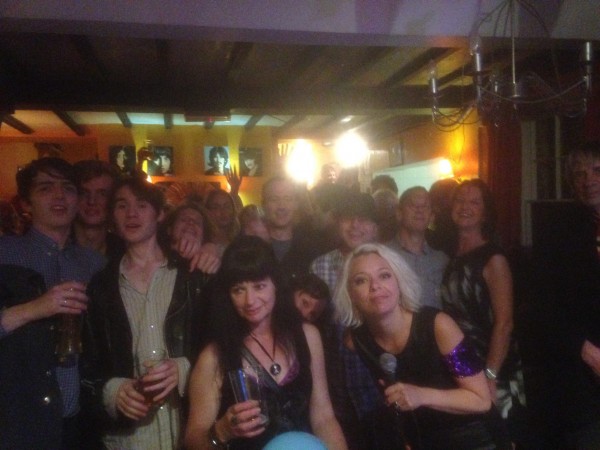 After Celadore, the Swampgrass posse would have been forgiven for feeling a bit nervous. If it was me, then ‘how do you follow that?’ would be the question going through my self-deprecating mind. Anyway, they smashed it – that was the answer to a question they may or may not have asked. The five-piece are equally brilliant in their own right and for me the cool cat lead guitarist Brad Lister, who may blush now, always stands out with some of the funkiest, grimiest, silkiest guitar riffs that generally sexed the whole place up. I’d imagine they’re the sort of riffs every guitarist wants to play. The sassy Sharon Honeywell fronts the band and continually worked the crowd, whipping them into a frenzy. She packs a lot of power and character into an accomplished vocal performance. Al Cosnett makes you wonder why there’s not a harmonica player in every band and further lifted a performance that was further complemented by big Dru’s drumming exploits. Kudos goes to Tom Granville too, standing in on bass, and not seeming out of place in the slightest. He’s seemingly one of those skilled musicians who can just adapt.

Announcing themselves and setting the tone with ballsy, attitude filled, sass-attack tunes like “You Got Me Goin’” and “You Can Have My Husband,” the set follows on with upbeat, frenetic, high-octane numbers that kept the party atmosphere going. When it deviated away from that it was for dirty, sexy, grungier grime tracks with a darker tone. At times the southern States influence shines through, particularly in “Hell No” that saw “Hell Nos” repeated back to Honeywell in amongst a good old-fashioned boogie. All in all it was thoroughly entertaining.

The highlight for me, probably every act and audience member including Simon came with the encore and a cover of The Beatles’ “Why Don’t We Do It In The Road?” Everyone who performed on the night got up to contribute and actually made me think for a moment, “there’s a pretty nifty twelve-piece here.” A song made for crowd sing-alongs and general tomfoolery saw more smiles on show than The Waltons’ family photo album. It was a great moment to sign off a special night dedicated to a much-loved man.

You can find more about Swampgrass at swampgrass.co.uk or by visiting their official Facebook page. The band are crowdfunding their debut album so if you liked what you saw at The Hawthorns then find out more here.

To read an article on the music community at The Hawthorns in Glastonbury, click here.