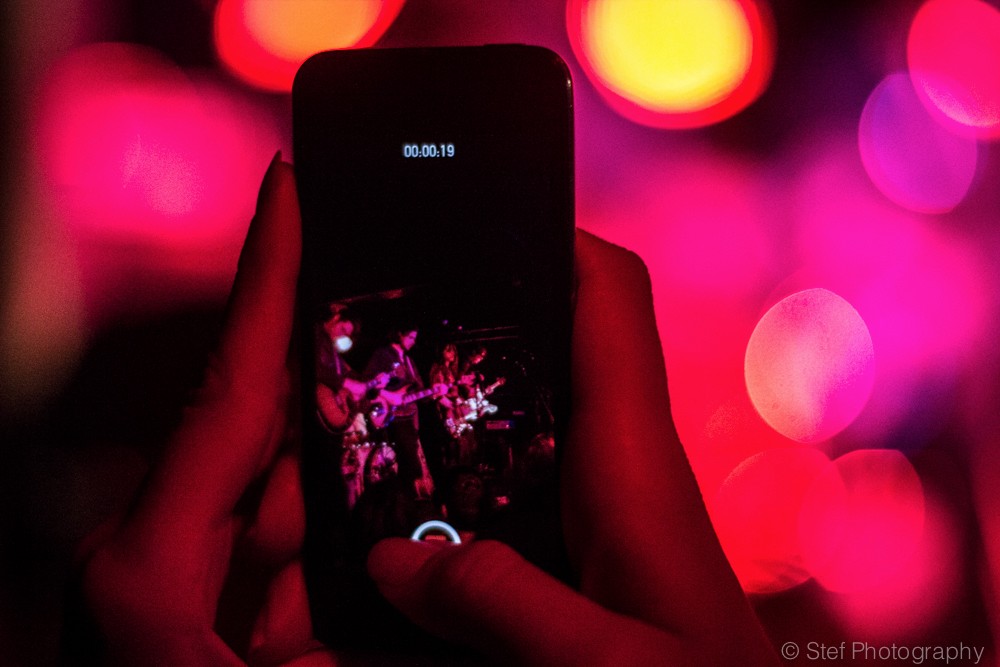 Anton Newcombe and Tess Parks’ Friday night show at The Exchange was bound to be a very special affair and after ironing out some initial technical difficulties, the duo were able to deliver an impressive performance of their collaborative debut I Declare Nothing.
A doe-eyed Parks made her way to the stage going fairly unnoticed, the same couldn’t be said however for the instantly recognisable Brian Jonestown Massacre frontman who joined the group moments later, sporting a denim jacket and tinted specs.
‘Wehmut’, I Declare Nothing‘s opening track, got the show off to a start but it was lead single ‘Cocaine Cat’ that really kicked off proceedings, the Toronto-born songstress seduced the audience with her lusting and husky voice, it’s hard not to be hooked.
A short but eventful interlude follows whilst the group’s bassist attends to a fault with his guitar. A heckler shouts “Come on Tessa!” to which the songwriter, who holds her own brilliantly, deadpans: “Actually there’s no ‘a’ on the end…it’s just Tess, it’s never been Tessa.”

The gig gets back underway and the rest of the night runs smoothly with no hiccups, ‘Peace Defrost’ and ‘German Tangerine’ pick up where band left off. Newcombe, a master of psychedelic rock and roll, unleashes a barrage of trippy guitar licks on the audience who daze in and out of the hedonistic bliss, at times closing their eyes as if to take it all in and perhaps find Nirvana.
The rest of the album blends into one hazy composition of textured and free-flowing guitar before a tall leather jacket clad figure jumps on stage to play harmonica, it later turns out to be ex-Spiritualized musician, Sean Cook.
By this point the protégé of former Creation boss Alan McGee has loosened up and begins to dance, a tambourine in hand. There’s been very little interaction with the crowd tonight with Newcombe perhaps leaving the limelight to his collaborator after having it shone on himself for so many years.
The band end with a cover of The Doors’ ‘Five To One’, Parks snarls and channels her inner Jim Morrison with, at last, more dancing during the song’s distorted guitar solos.
The relieved singer leaves the stage to applause, receiving compliments from all directions to which she gushes slightly, temporally letting her guard down to shoot a smile back.
Let’s hope I Declare Nothing isn’t the last we hear of Anton Newcombe’s partnership with Tess Parks.