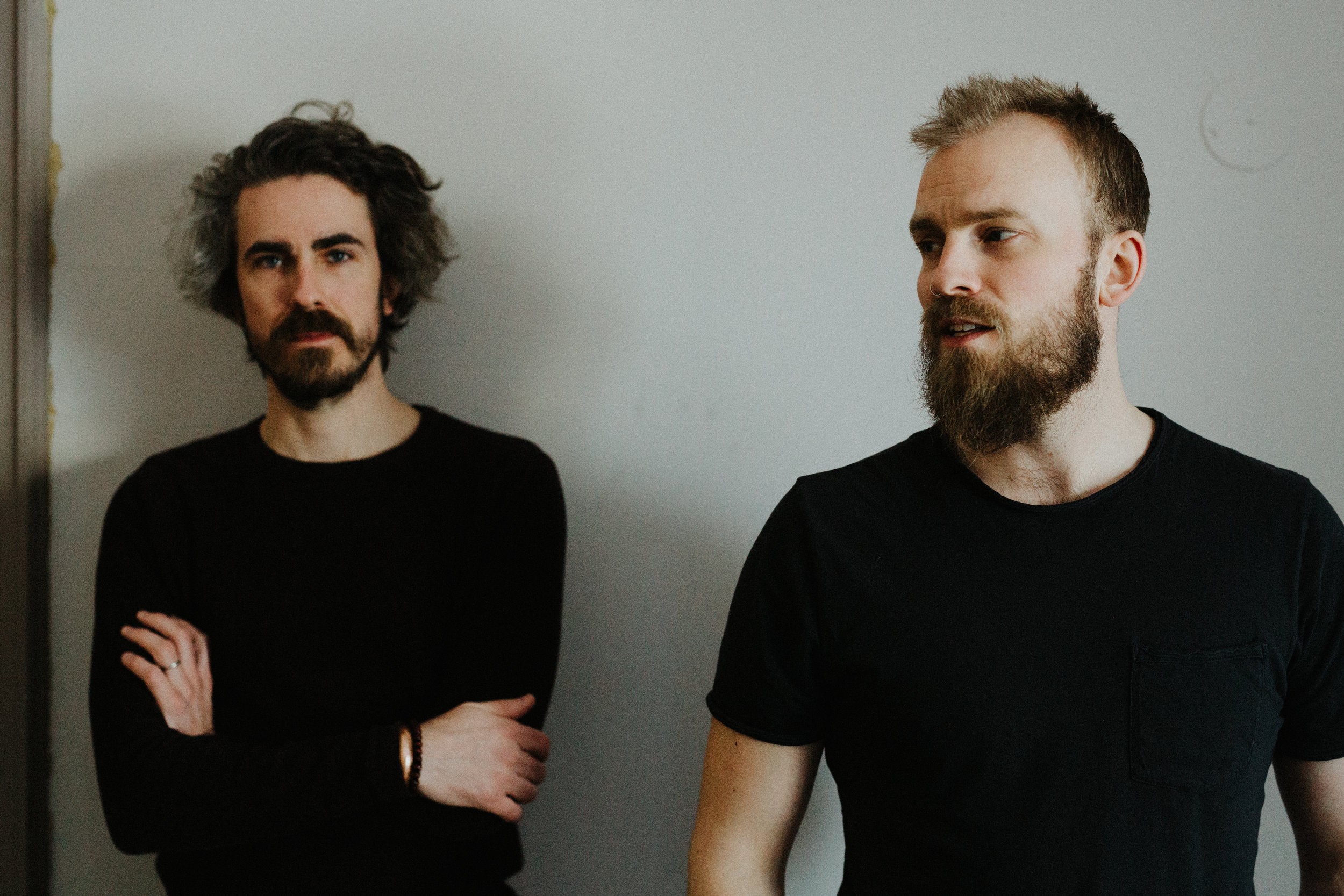 “I know that it’s not sold out tonight but it would be in Canada” remarks Joey, the youngest of the Brother’s Landreth, about the size of tonight’s audience compared to those the Winnipeg duo usually attract at home. This comment, made at the tail end of an enjoyable set of country-tinged blues rock, is somewhat surprising. The question of why musical acts are better received in some countries, and not their own, can be a curious one. Indeed, it’s not quite sold out but judging by tonight’s enthusiastically received show, and several bona fide sell outs amidst their current tour, the music of Joey and Dave Landreth has found an attentive ear in UK and Europe.

Opener ‘Better Now’ reveals frontman and guitarist Joey’s modus operandi of finely executed riffage and slide guitar fills – the slide rarely leaves his pinky – in the gaps between lyrics which he delivers with a powerful Jason Isbell-esque southern twang. These lyrics emerge from an almighty beard and handlebar moustache combo which, if there’s a proportionality between charitable donations and hirsuteness, must be doing absolute wonders for men’s health this Movember.

Supported by a bandmate on drums and genial support act Liam Duncan on keyboards, Joey’s guitar and Dave’s bass make for a dynamic live sound that breathes extra life into their occasionally overly earnest recorded material. The twelve-string guitar sounds blissfully crisp during the radio-friendly country blues of ‘Maryanne’ which Joey punctuates with riveting bursts of slide guitar. ‘Got To Be You’ is fuelled by a tasty, classic blues rock riff, another slide solo in which Joey manages to find an extra gear and an extended keyboard interlude from Duncan.

There’s a brief intermission whereby Dave expresses his gratitude for being able to tour with his “best friend and little brother” and describes the band’s three year hiatus due to his struggles with mental health; “I had to learn to talk about my feelings”, he says before encouraging any suffering men to be more open. It’s probably a British bred discomfort with emotion but, by the time Dave draws a round of applause by declaring his wife 8 months pregnant, it all feels a tad saccharine.

In a way, Dave’s speech serves as a perfect reflection on the emotive core of The Bros. Landreth’s work. On their social media pages, they unashamedly describe their “heart-on-your-sleeve songwriting” and following track ‘Master Plan’ (“You know I struggle/I worry sometimes/This sadness might get the best of me”) is perhaps the epitome of this. All being said, this disregard for concerns of cool or machismo, is refreshing and there’s a prevailing sense of niceness that only a sociopath would object to.

This extends to the brother’s championing of Duncan; early doors Joey removes his denim jacket to reveal that he’s sporting one of his T-Shirts available on the merch stand (“for fifteen English pounds, you can look this good.”) Also, despite his already performing a support set, he gets another spot to perform his ‘Times Like These.’ Furthermore, there’s a pretty intermission when the brothers and Duncan stand astride the same retro microphone to deliver three-way harmonies during ‘Salvation Bound.’

Old favourite ‘Let It Lie’ induces a hearty smile from both brothers as the crowd take over to sing the final chorus. There’s also an impressively weeping guitar solo from Joey. Though a fan who attended Joey’s solo appearance at Thekla in May subsequently informs me that joey, by comparison, is not quite on his game, the abiding joy from this show is undoubtedly his guitar playing. He displays a masterful grasp of the slide to combine riffs and lightning solos, and frequently manipulates his pickup switch mid-solo; if indeed he has another gear, it would be something to see.

When final track ‘Greenhouse’ incites another audience singalong, one gets the sense that – with a recovered Dave and The Bros. Landreth back on track – they’ll surely achieve that narrowly missed sell out show when they next return.