x
Nearly 350 years after his death John Wilmot, 2nd Earl of Rochester, is still shocking audiences in this hilarious retelling of his hedonistic and self-destructive life. 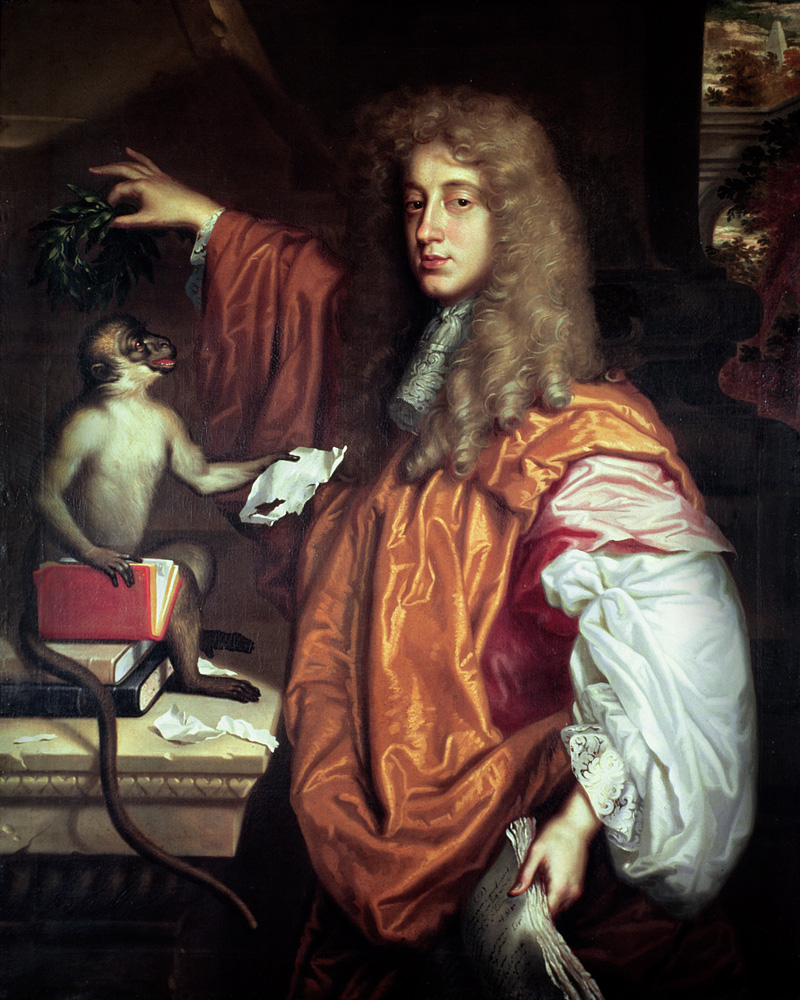 Set in the restoration court of King Charles II, Stephen Jeffreys riotously funny play ‘The Libertine’, follows the life of Rochester – a debauched poet, playwright and rake whose appetite for carnal delights is only matched by his love for wine and notoriety. From the outset we are cast into the midst of the action as the actors are already in character on stage in full view while seats are taken by the audience. It sets the tone for what is a visceral experience.

The story begins with Wilmot (played here by Martin Hutson), delivering his prologue, the main themes of which are his fondness for drink, his sexual proclivities, and his disdain for his audience. Hutson is superb (as are all the cast) as the anti-hero Rochester and plays him with a punk sensibility (his intense stare recalls Ian Curtis at his twitchy best) that the Earl himself would no doubt have endorsed. Rochester is a schizophrenic character both cursed and blessed by his ability to see the world for what it is. On the one hand a courtier and country gentleman who loves his wife (Lucianne McEvoy) and mother with a sincere loyalty, but on the other a man prone to the self-destructive behavior that epitomizes those who suffer the ravages of addiction (“my genius is to go too far”). These whirlwinds of excess and indulgence it seems also tend to occur whilst in London and in the company of his mistress Elizabeth Barry (Gillian Saker) and his friends the ‘Merry Gang’ – George Etherege (Tony Cownie), Charles Sackville (Andy Clark), Billy Downs (Charlie Archer), and his thief turned manservant Tom Alcock (Lee Mengo).

“contentment is the drug of fools” – John Wilmot (aka The Libertine)

Whilst much of Rochester’s character should repulse and appall one can’t help but admire his honesty in the face of such widespread hypocracy. As has always been the case the supposedly righteous have always outwardly dedicated their lives to the church and crown, but behind closed doors are just, if not more, morally bankrupt as Wilmot and his friends. A lover of philosophy you can’t help feel that his is the same unrestrained world as occupied by Descartes or Sartre.

20 years after its ‘Out of Joint’ premiere Director Dominic Hill has stripped this particular incarnation of ‘The Libertine’ right back to the bare bones with Tom Piper’s illustrative backcloths dropping in and out; actors lurk upstage when it’s not their scene. While this technique does work the somewhat clumsy scene changing made by the stage hands (toting 21st century headsets) does induce momentary losses of the illusion. 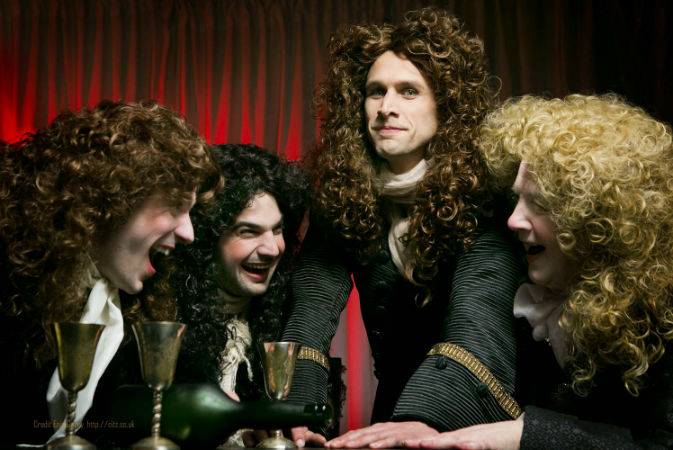 A realistic portrayal of the excesses of court life and with all the wit, flair and bawdiness of a Restoration Comedy, this brilliant play is both a historical romp and incisive critique of excess. By Kevin McGough In conjunction with the lovely people over at the world famous Bristol Old Vic Theatre we at The Fix bring you previews/reviews of the best that this Bristol landmark has to offer. For more on what’s on at the Old Vic click the logo below: