x
In conjunction with the lovely people over at Bristol’s excellent Watershed we at The Fix bring you previews/reviews of the best in cinema, events, festivals, artist commissions, tours and conferences that this Bristol landmark has to offer. For more on what’s on at the Watershed click the logo below: 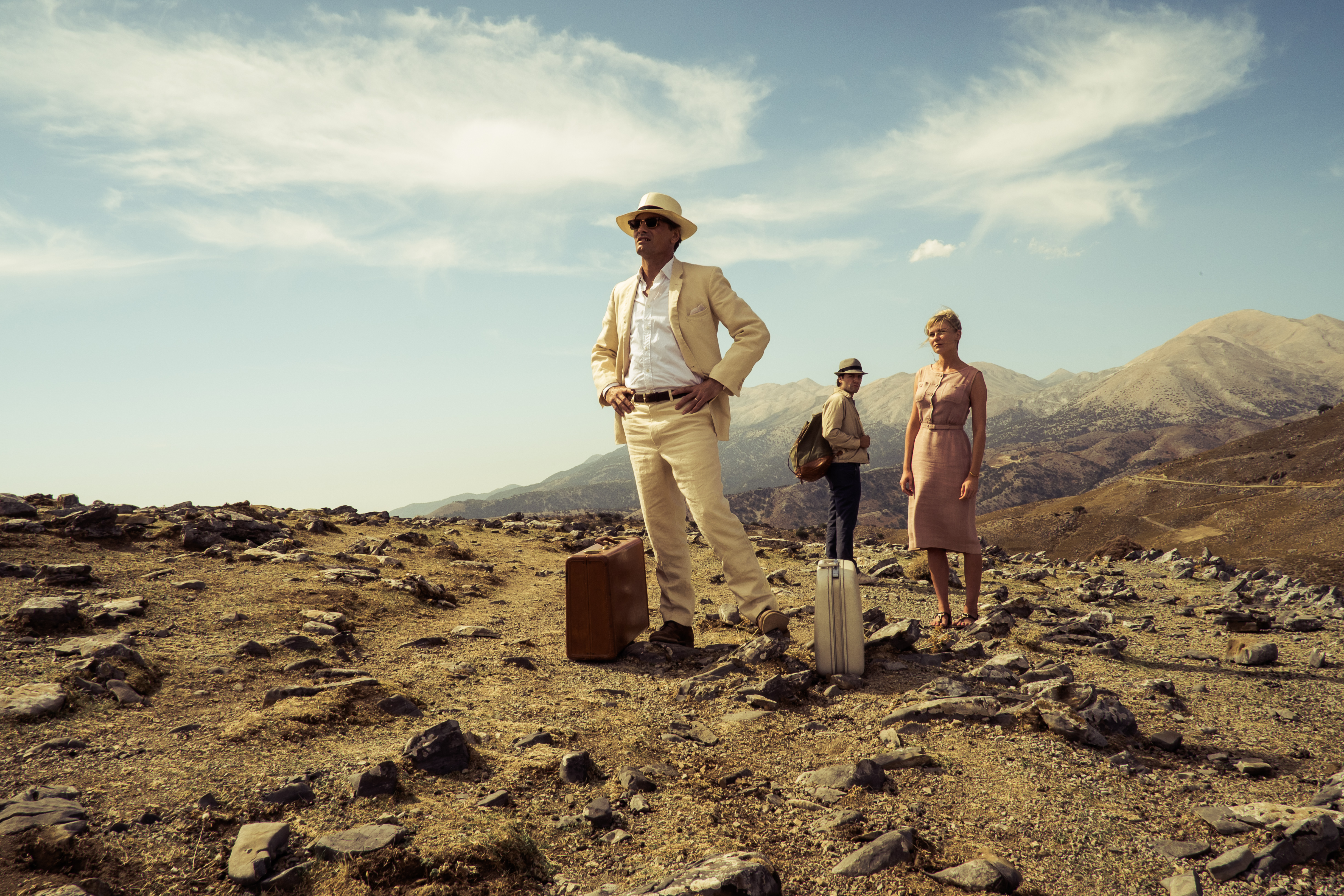 Set in Europe in 1962 we are cast into the lives of the McFarland’s – Chester (Viggo Mortensen) and his young wife Colette (Kirsten Dunst) – a couple of moneyed Manhattan socialites who, on first appearances at least, are innocently  touring Greece and Southern Europe. While exploring the Acropolis Colette catches the eye of a charming young English speaking guide – Rydal (Oscar Isaac) – and soon we learn that he is a multi-lingual Yale graduate from New Jersey who has escaped his overbearing Professor father to become an Athenian tour guide and part time con-artist (a common trick of his is to act as an informal currency exchange for unsuspecting rich tourists, who preferably don’t speak Greek or have any concept of current rates of exchange:  “you give me $10 [£5] and I will give you 50 drachmas [50p]”). Rydal is a lost young man, struggling to find his place in the world and clearly pushing away from the life his father had wanted him to have. In spite of his rebellious tendencies he is at the same time aspiring to a higher standing both professionally, as a struggling poet, and monetarily – constantly scheming toward a fast route to the top. At first it is hard to work out which of the two male leads is actually the villain of the piece as while Chester clearly has more skeletons in his closet than a fancy dress shop at Halloween, Rydal appears to be a shallow and devious street hustler preoccupied with how much he can skim off the top. Any redeeming qualities either of them possesses are drawn from the innocent and blithe Colette who enraptures them both and over whom a conflict soon emerges. Although initially suspicious of each others motives, Rydal and his current rich patsy Lauren (“She’s a van Buren you know” Chester informs his young rival) are invited to dinner with the McFarland’s where he is entranced by Colette and their luxurious lifestyle. In the opening scenes Chester comes across as a brusque and suspicious character yet in their own company the McFarland’s are a happy and carefree couple, frolicking like teens. Soon though the fragile tranquility in which they are cautiously existing is shattered by a simple knock at the door and they are forced to flee the city. 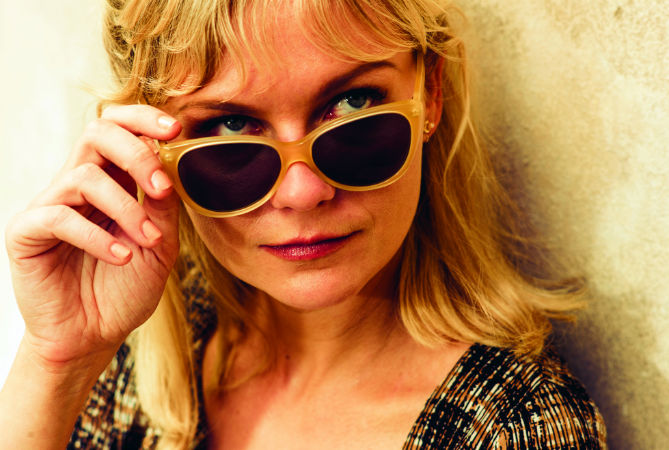 What ensues is  part love story, part Greek tragedy, and finally a tense heart racing thriller as Chester’s past misdeeds begin to catch up with him, his wife and Rydal as all three and drawn further and further into an increasingly tangled web of lies. Hossein Amini, in his directorial debut, captures the style and atmosphere of the early 1960s knowledgeably, with an elegance to his approach that harks back to the bygone chic of the first golden age of cinema. The locations selected for filming are truly beautiful and are as compelling a reason to visit Greece, Crete or Turkey as any promotional tourist board video. 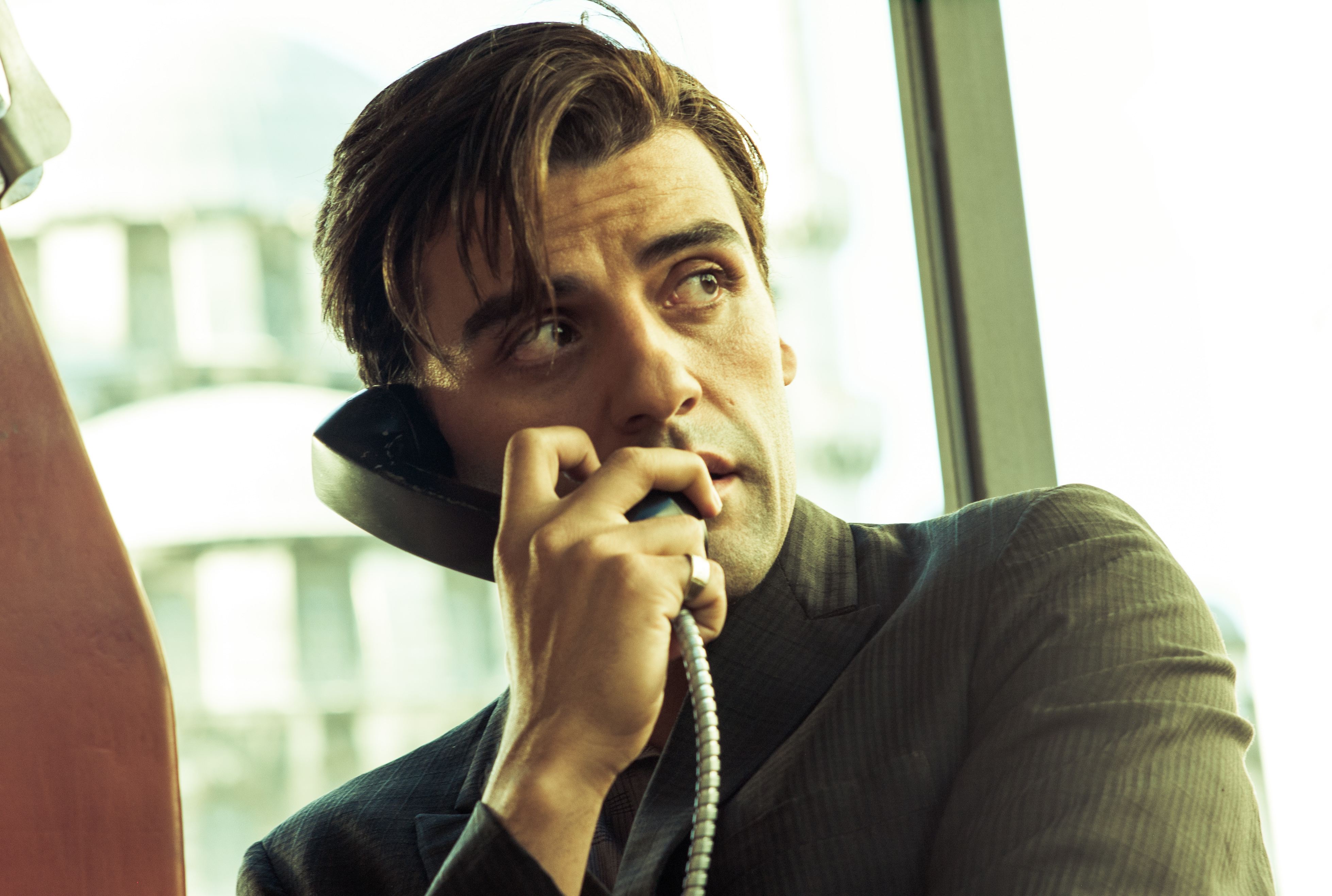 That said the real star of the production is the writing, although this should not come as much of a surprise. Writer Patricia Highsmith, whose books this and ‘The Talented Mr Ripley’ are based upon, is to thrillers set in the late 1950s/early 1960s what F Scott Fitzgerald was to the decadent 1920s. For the misanthropic Jay Gatsby see the equally objectionable Chester McFarland. Their characters seem to share that classical anti-hero quality of wickedness mixed with flashes of redeemable features that make you despair and root for them in equal measure. With many twists and absorbing action and despite some strong similarities to ‘The Talented Mr Ripley’ this is no mere remake of the former Oscar nominee, and should be taken as a standalone star. Be sure not to wait until January to catch this excellent period thriller. Check this and other great films out at the Watershed by clicking here. By Kevin McGough
Follow @Thefixmag
Recent Posts
We Like You…