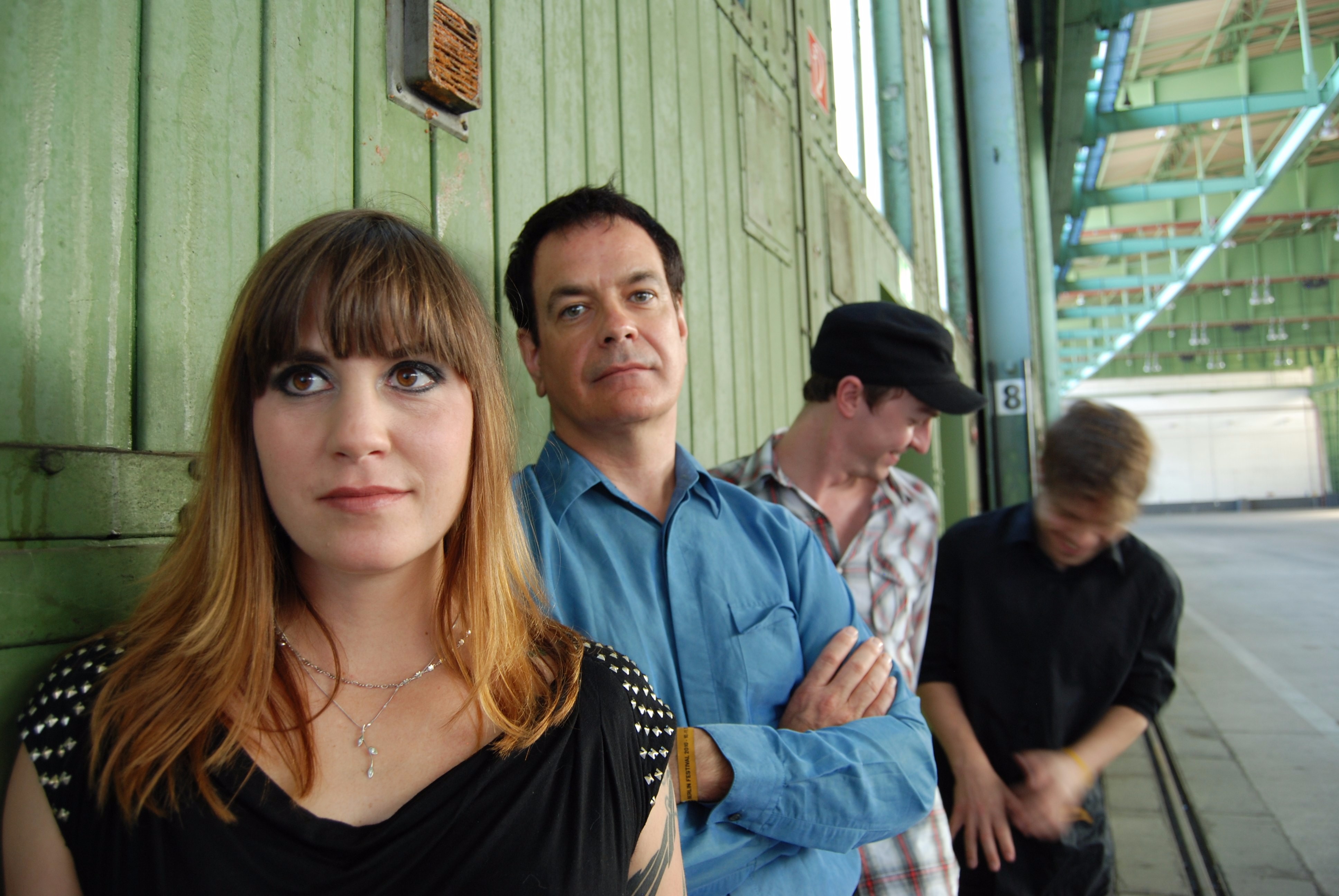 Whether inspired by the political malaise of our current times, or more likely just for the sake of pre-show dramaturgy, it’s a soundscape of violins and doomy voiceovers of a dystopian future that intros tonight’s set by cult post punk act The Wedding Present. Feeling slightly incongruous for a 450 capacity venue, we’re met with visions of an apocalyptic England of “concrete and tyres” and “filth in the sea” before the four piece take to the stage and deliver the opener of swaggering old favourite “Give My Love To Kevin.”

It’s another early favourite in the form of the upbeat and acerbic ‘Brassneck’ that threatens to shift the evening’s music into top gear but this is somewhat impeded by some apparent sound problems during the set’s first quarter: wry grins and glances between drummer Charles Layton and bassist Katherine Wallinger, several instructive gestures to the back of the room, and frontman David Gedges’ jokey riposte of “I don’t care about you, I’ve got a super sophisticated inner monitoring system” in response to an audience defence of the resident sound engineer, allude to these less than smooth beginnings.

However, after the dynamic sounding ‘Two Bridges’ – a new track from latest album Going, Going – Gedge announces “Now we’re rocking” and the band have suddenly found their feet. After wishing a happy Thanksgiving “to the Americans”, and the subsequent non-sequitur of a wave from a Welsh member of the audience, Gedge introduces “the very first sound of The Wedding Present” in the form of their 1985 self-released debut single ‘Go Out And Get ‘Em Boy’; with the track’s jangly surf intro riff and soaring guitar chords, the evening has truly shifted into more promising – and ear piercing – terrain.

Though Gedge is now the only original member from the band’s C86 associated beginnings, there is a pervasive sense of nostalgia in the room; the packed, largely male and middle-aged audience – occasionally sporting band T-Shirts and sporadically busting a most likely rare 2016 head swaying jig – harken back to the group’s late 80s, early 90s pomp. There are also a fair share of heckles from the crowd; when Gedge first introduces the band as the “semi-legendary Wedding Present”, someone shouts an incredulous “semi?!” while, after the intense instrumental assault of “What Have I Said Now?”, we hear a bellowed “God bless you John Peel!” in reference to the late DJs early championing of the band.

There is a fairly balanced split of old and new tracks. 1991’s acclaimed Seamonsters – arguably the band’s magnum opus – offers up the set highlight of the surging ‘Dare’ along with their John Paul Sartre Experience cover ‘Mothers.’ For their part, the new songs from Going Going – itself holding a literary reference in its titular nod to the Philip Larkin poem – provide changes of pace and texture. ‘Little Silver’ reveals a soft intro and chiming arpeggios before fleshing out into a bass heavy thrash of octaves and guitar chords and ‘Bear’ features the feminine touch of Wallinger’s backing vocals and Gedge in softer, more romanticised mood “The thing I didn’t notice/That you’re my best friend.”

Among all the music there’s also time for an apparently customary and localised fact of the day as a Gedge dryly informs us that the first ever chocolate bar was made by Fry’s in Bristol, and there’s a heads-up of the group’s 30th anniversary tour of 1987 debut album George Best; as Gedge makes clear The Wedding Present don’t do encores but, judging by the evidence of a nostalgic cult following in tonight’s audience, many will be in anticipation of their return next June.