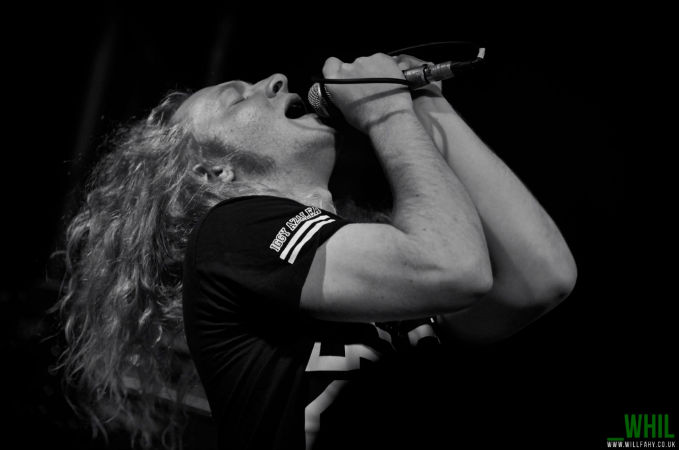 Photos by Will Fahy (www.willfahy.co.uk)

Young, loud and proud, Chicago natives The Orwells bring their rage fuelled mix of alt-indie punk and chaos to Bristol for the first time and the Thekla may have never rocked quite like this before.

Barely out of high-school (6th form/college to us on this side of the pond) these prodigiously talented upstart US rockers have already released one album, two EPs and carved out a reputation for themselves that is as large as the Mount Rushmore sized wall of sound they unleash every night.

Their vaunted status is well deserved and has been built on raucous live shows and TV appearances that have seen them perform at Lollapalooza (Chicago’s equivalent of Glastonbury Festival), support the Arctic Monkeys on their recent US tour, appear on “Later… with Jools Holland”, and most memorably blow everyone away on the legendary “Letterman Show”. 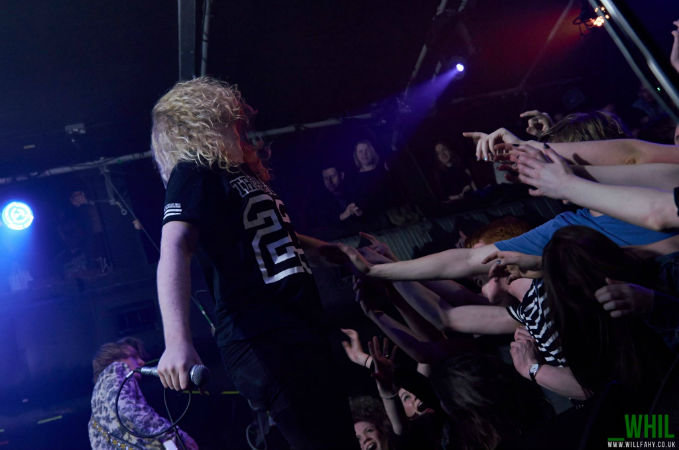 Led by the straggly haired Mario Cuomo (a baby-faced Johnny Winters lookalike with the voice of Cobain), the band smell blood in the water from the start and kick things off with the piston powering “Other Voices”  as the crowd goes absolutely nuts.

You could imagine that Cuomo was the misunderstood kid at the back of class while he was in school until he picked up a mic in anger sometime around  2009 and discovered he had the voice of a gravely rock deity. He is a chaos magnet throughout and carries himself with the sexual, androgynous, yet crudely macho air of an Iggy Pop or Jim Morrison. It’s a style which is reflected by the influences they meld musically bringing in as they do everything from’50s tinged county- fair rock ‘n’ roll (“Blood Bubbles”) to early 90s grunge (“The Righteous One”) to more overtly Strokesian alt-indie (“Who Needs You”).

Cuomo is joined by his cousin Dominic Corso (lead guitar), twins – Grant (bass) and Henry Brinner (drums) and school friend Matt O’Keefe (guitar) all of whom are equally fresh-faced and comprise this gang of juvenile rebels.

Throughout the volume is turned all the way up to 11 and bar a few short breaths the pace is frenetic. The audience laps it up like starving cats and soon they form an amorphous, fluid mass flowing left and right – a tempestuous sea of euphoric sweaty teens. The  shoreline of monitors at the front of the stage is shaken and buffeted relentlessly (much to the chagrin of their manager) as crowd surfers are raised up from its midst only to be claimed back to the depths like sailors lost at sea by the sea of arms. From the front of the swell emerges a Kraken like octopus as a forest of arms reach out to the band. When Cuomo comes to the front of the stage and leans forward, the octopus swallows his head and stringy long curls whole briefly before he is allowed to continue.

A brief pause for the obligatory encore precedes their return for a cover of Stooges classic “I Wanna Be Your Dog,” which lacks some of the bite of the original, but is a Roman candle esque finish to their set.

And then they are gone. Lost to us for now but sure to bob up somewhere with a smile on their faces and a diabolical glean in their eyes.

Their “Who Needs You” EP is out now on National Anthem and you can check them out here: www.theorwells.com