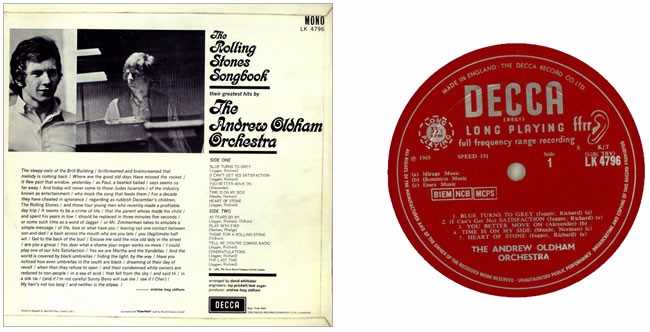 The Verve’s ‘Bitter Sweet Symphony’ was a smash hit, providing the band with their most memorable tune, and the notable video featuring Richard Ashcroft wandering down a street looking grumpy played heavily on MTV. The award-winning song was one of the defining tracks of the Britpop era and is regarded as The Verve’s signature dish, it’s soaring backing track clashing vehemently with Ashcroft’s vocals.

It is fairly well known that the instantly recognisable backing track of surging strings was a sample, taken from the Andrew Oldham Orchestra’s version of ‘The Last Time’ by The Rolling Stones. Originally, The Verve negotiated the use of the track with Jagger, Keef et al, agreeing to split the earnings 50-50. However, once the track became such a huge hit, The Stones decided to take the lot.

Asked whether this was a bit of a dick move, Keith Richards responded that “I’m out of whack here, this is serious lawyer shit. If The Verve can write a better song, they can keep the money.” While The Stones could be declared disingenuous in their actions, they and the Andrew Oldham Orchestra at least provided The Verve with one of the great songs of the 90s, a song which more or less laid the foundations of their career.

Andrew Oldham may be long forgotten, but his cover of ‘The Last Time’ remains a hidden gem of the 1960s and created a behemoth of a track more than thirty years later.