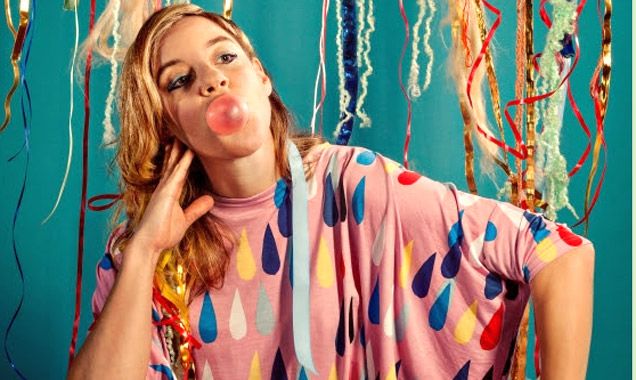 ‘Nikki Nack’ is the third studio album by Tune-Yards, aka New England’s Merrill Garbus, a project largely undetected by the mainstream music press, yet an incredibly engaging and rewarding one nonetheless.

Her debut release, Bird Brains (2009) was a low-fi, tightly-financed solo effort which brilliantly pieced together found sounds and flashes of tunes using Garageband. Although praised by critics, it was a little too indecipherable to be picked up by the audience it deserved. When Garbus added a bassist, Nate Brenner, more extensive use of clattering drum loops and more accessible melodies, it resulted in her follow-up album ‘Whokill’, one of the standout releases of 2011. It also resulted in wider recognition by indie music fans.

‘Nikki Nack’ has picked up where ‘Whokill’ left off, and provides more startling musical insights. Garbus is fantastically inventive, piecing together discordant melodies and samples, threatening constantly to distance herself from the audience while keeping them guessing what will come next. It is also clear that she enjoys what she does, and her absorbing use of looping should serve as a lesson to any lone bedroom sampler.

“Water Fountain”, the first single from ‘Nikki Nack’, utilises clapped rhythms and beats tapped out on kitchenware with a simple bassline and chanted chorus to captivating effect. “Real Thing”, meanwhile, comes across as part-90s RnB pastiche, part-drone track, part-township call and response. Being essentially a solo act, Garbus is keen to use her voice as an extra instrument, and demonstrates it’s range from wailing and screaming in “Water Fountain” to delicate melody in “Look Around” and synthesised and distorted in “Stop That Man”.

‘Nikki Nack’ is yet another superb release from Tune-Yards. It is innovative, engaging and absorbing. It may not gain much airplay, but fans of alternative music that attempts to explore new territory should make it a priority to get their hands on the album and see Tune-Yards live.

Tune-Yards are playing Glastonbury Festival and the Trinity Centre in Bristol on 2nd July.

‘Nikki Nack’ is available on 4AD.