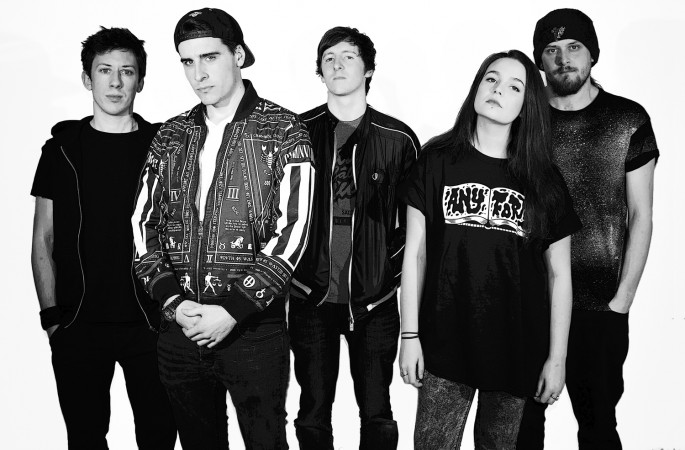 For a small town Glastonbury really does punch above its weight when it comes to talented musicians, but as a local boy myself some may say that I’m biased, though my response in this hypothetical argument I’ve picked would be to take the doubters to a UK:ID gig and leave them to eulogise about their enthralling live act.

We like these guys; we’ve been long time admirers here at The Fix and when they set off their crowd funding campaign for their debut album we backed it. So did others from a loyal following predominantly built up across the South of England, they got in the studio and ‘laid it down’ and now the technical peeps have done their thing it’s not far away now. The whole process has created a buzz about the highly anticipated ‘Freedom Of Speech,’ which is due for release on 4th May and can be pre-ordered now on iTunes. However, before that The King Arthur in Glastonbury hosts their album launch party on Friday 24th April and I have no doubt it will be a significant date on the road to something big for UK:ID.

Taking their inspiration from the likes of Rudimental, Chase & Status, Noisia, Pendulum and The Prodigy, the album sees UK:ID merge crunchy guitars and liquid synths with the dynamic rap vocals of front man Ben-Jah Jon and the stunningly soulful voice of Ella Harris. The result is a hatful of outrageously infectious tunes with lyrics that speak to a generation. What do I advise you to do? Check out the video below and if you’re ‘all over it’ (that’s what the kids say, right?) then make your way down to The Arthur and get sold a CD. Click right here for the Facebook event page.

‘Freedom Of Speech’ is available to pre-order on iTunes now.