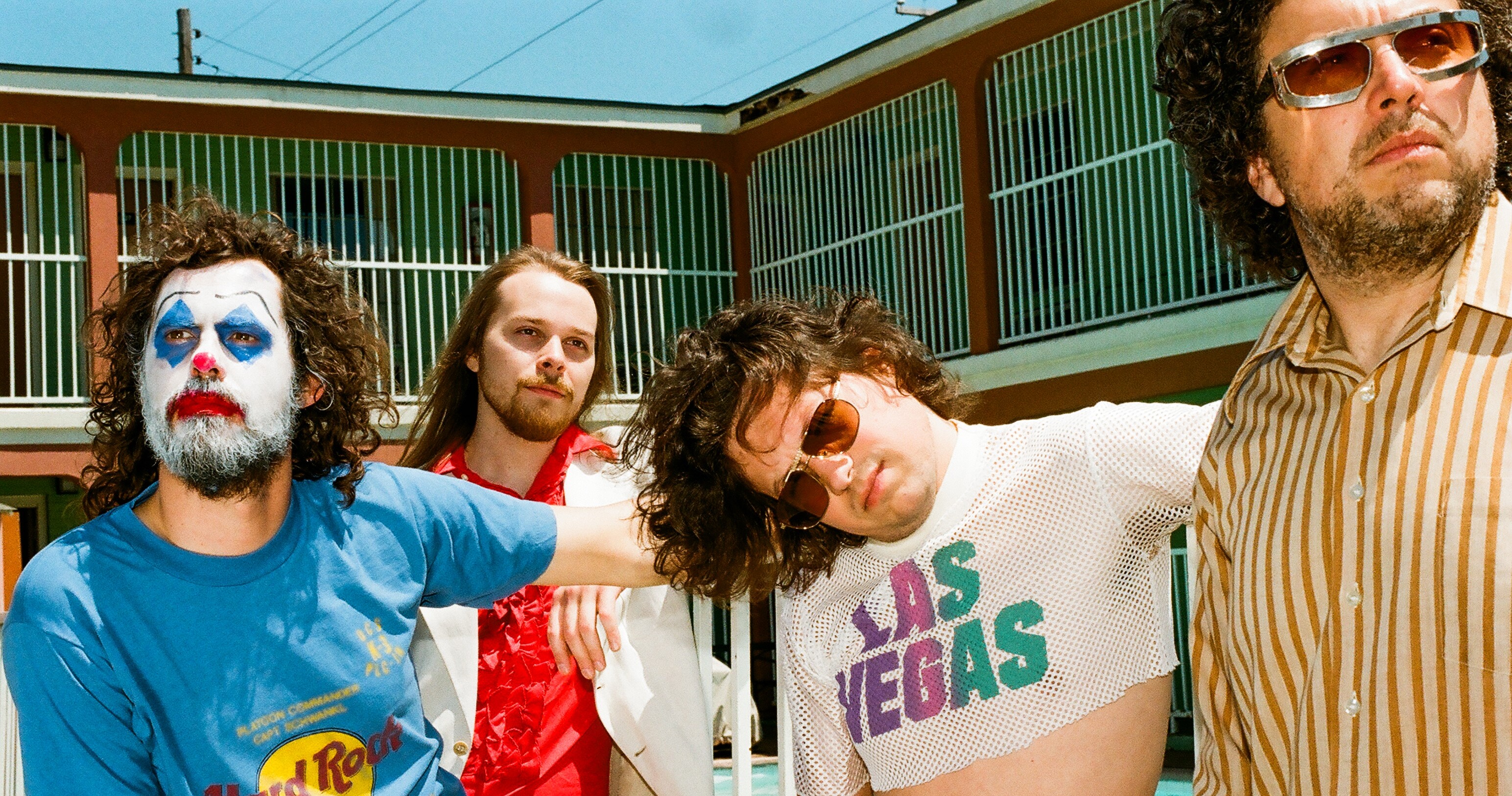 It’s a surprising start to the evening as the sound of 1997’s ‘Encore Une Fois’ by Sash! rings out over the speaker system as the introductory interlude for Texas rock four-piece White Denim to stroll on to the stage. It’s a desultory choice for sure; the Austin group – just about the complete antithesis of a 90s German produced dance hit with French vocals – are a quintessential rock band, in love with guitar riffs, prog-like instrumental jams and unapologetic in their classic and roots rock influences. This is a world away from EDM. Tonight is essentially a no nonsense celebration of what four guys can achieve with a guitar, bass, drums and a keyboard.

The preternatural level of musicianship is obvious from the off, particularly in the dextrous abilities of frontman James Petralli. He nails the swampy riffs of opener ‘Backseat Driver’, brilliantly interchanging between vocal duties, guitar fills, soloing and the song’s chords. The dynamic ensemble rattles through the first four tunes – each song segueing breathlessly into the other – and they only stop after the ultra-rare occurrence of a broken bass string. “This is the first time in 12 years that this has happened” declares Petralli.

The impact of witnessing White Denim’s live show is one that would perhaps impress itself on even the most seasoned of gig-goers. Petralli – all night an oddly gurning, bobbing, weaving, swaying rubber torso of concentrated enjoyment – executes perfect fret spanning chord/riff/solo interplay, bassist Steven Terebecki often wields his bass like a guitar, Michael Hunter’s keys masterfully weave atop and between Petralli’s guitar lines and Greg Clifford attacks his drum kit with virtuosic grace and force. It’s a powerful, airtight musical unit; it genuinely feels like White Denim have tapped into a magical four-piece synergy on par with the likes of The Who.

However, during what transpires to be an approximately 90 minute show, the relentless riffage and samey sounding instrumental jams start to have diminishing returns at the around the halfway mark. Without too many gaps between myriad tracks of a similarly frenetic gear, the changes of pace are the most salient; ‘Thank You’ is a lounge grove that sounds vaguely ska-ish while ‘A Place To Start’ is a pleasantly mellow romantic breeze.

The message having landed early that we are watching formidable musicians, one starts to wonder if this exceeds the barebones of the group’s songcraft. Despite feeling near impossible that the band’s songs can achieve parity with the musicianship, there are certainly stand out moments: ‘Performance’, the title track of their 2018 album, is a nice melodic burst of Strokes-like garage, ‘Had to Know (Personal)’ is classic swaggering Chuck Berry rock n roll, ‘Real Deal Momma’ is skipping, riff-laden old school blues while The Black Keys-esque ‘It Might Get Dark’ finely balances a melodic élan with catchy riffs.

Once the impact of the virtuoso playing wears off, these feel as glistening nuggets within a relentless blur of riffs, extended jams and expert playing that begins to meld into one. Though a little lacking in light and shade, there can’t be too many contemporary bands who can – in a purely technical sense – match White Denim’s flair for live performance.