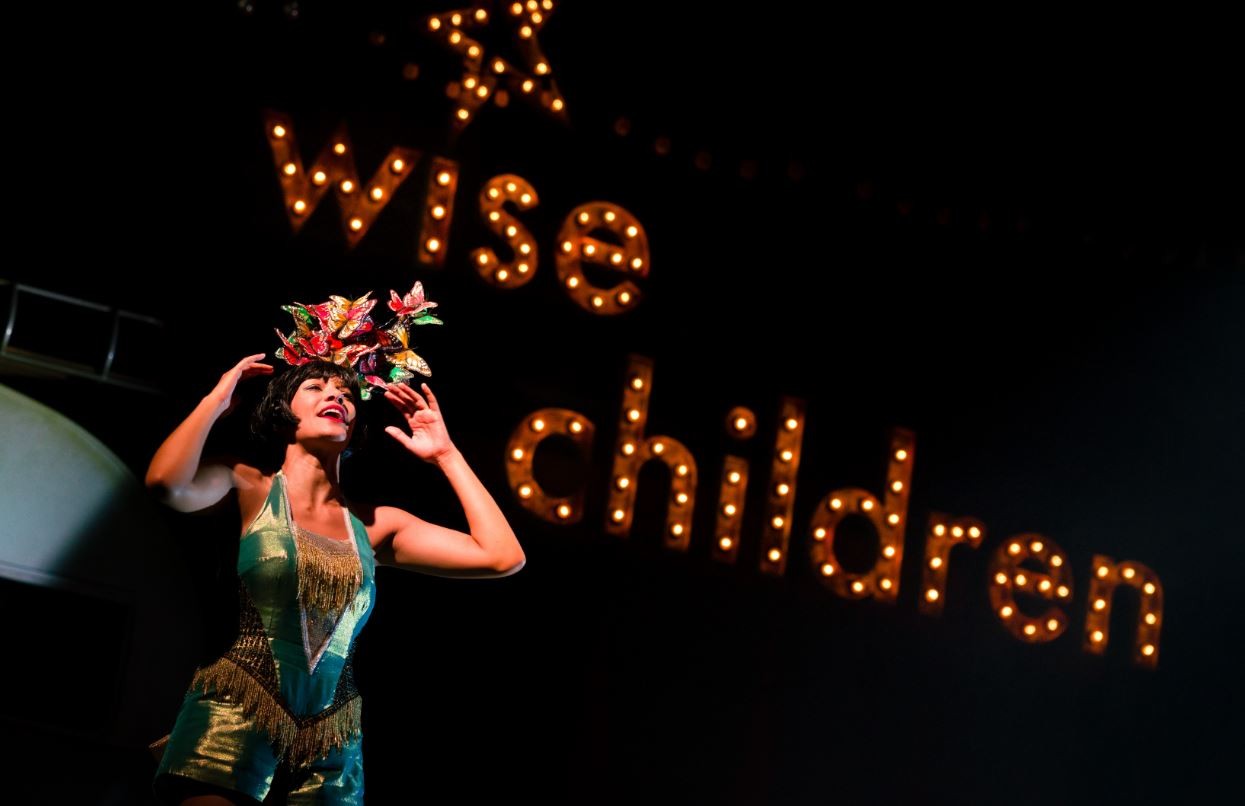 Nora and Dora Chance are celebrating their 75th birthday south of the River Thames. North of the water, their father Melchior Hazard is ready to host his 100th birthday party. The greatest actor of his generation is reaching out to his somewhat estranged daughters, showgirls in Melchior’s performances but essentially fatherless for their whole lives. The birthday invitation to Nora and Dora sets them down a path of memories, tracing their lives back several generations to track a tumultuous existence.

The production is superb, mid-century dressing room lights and an exquisite 50s caravan bringing stardom to the stage. Beautiful charcoal projections animate the twins journey through London to their father’s party. There is energy in every step, the movements of the actors mostly balletic and gymnastic, meaning that Wise Children sparks with vitality and vibrancy.

There are plenty of comedic moments to whisk through the tragedy as well. Grandma Chance (Katy Owen) demonstrates sexual intercourse to young Nora and Dora using a stick of rock and a bagel, and deplores a stage hand to cover up her muff, featuring “more foliage than Kew Gardens.” Paul Hunter makes several fine comedic cameos, including as an old school end-of-the-pier comedian Gorgeous George, and there is plenty of Widow Twanky to Gareth Snooks performance as the ageing Dora who narrates much of the show in ironic South London drawl. 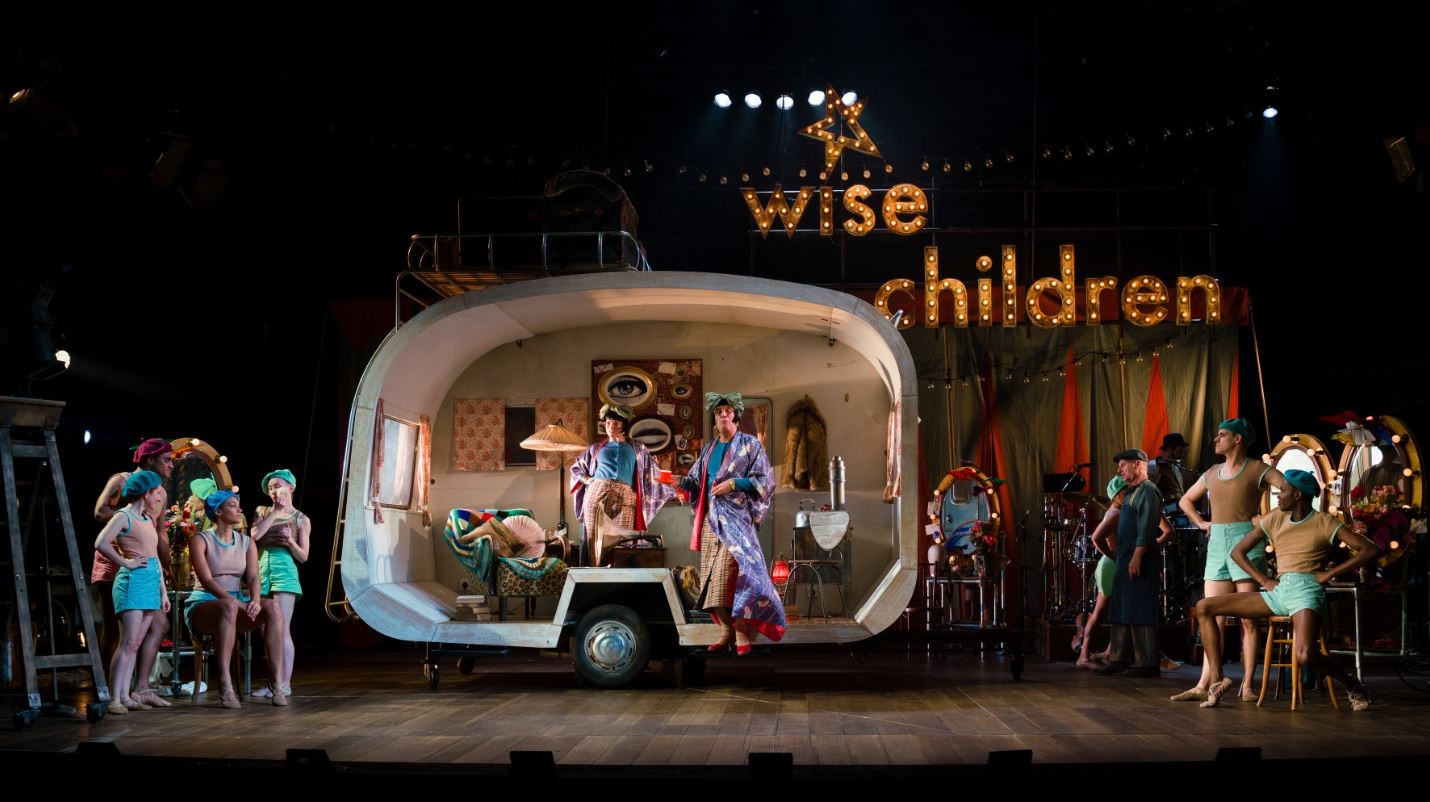 With fine performances all round, Sam Archer steals the show as young Peregrine Hazard, the uncle to Nora and Dora who makes up for their father’s absence. Striding and strutting around the stage, Peregrine swirls the girls up into a fantasy of dance, laughter and joie de vivre, his charisma masking a darker undertone which is picked up in the play’s final moments.

While the show is outstanding, wildly entertaining and full of joy, there are some missteps. Peregrine’s inclination for incest is flashed away in a moment, leaving it feeling unimportant or insincere. The ending, meanwhile, feels rushed, and in fact there seems to be several endings in one – partly down to original author Angela Carter’s novel having several late reveals. Elsewhere, in fine Shakespearean fashion, there is much cross-dressing – the aforementioned Snooks plays the older Dora excellently, while Patrycja Kujawska pulls off her young blue-eyed lover. This fluidity works less well for Nora, who goes from having a French accent as a child (Mirabelle Gremaud) to being played by a black man (Omari Douglas) as a showgirl, and then a white woman (Ella Murfitt) in her dotage – which all adds up to a shaving of cognitive dissonance and mild lack of coherence.

Nevertheless, these are small grumbles for a show that is infused with wit, liveliness and strength. Audiences can look forward to a stellar show as Wise Children tours the country throughout the rest of the winter.