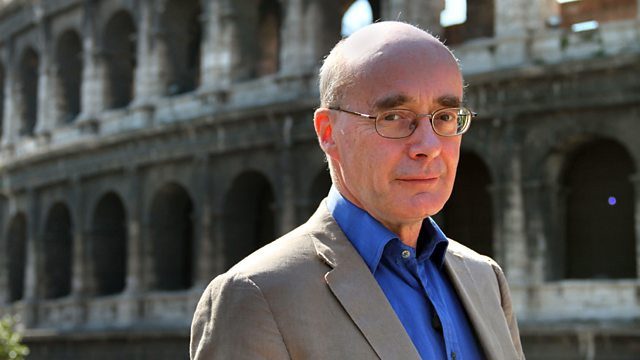 After the defeat of the British army in Northern France and their subsequent retreats from the beaches of Normandy in 1940, it would be another four years before Britain – this time with her US allies in tow – would confront Hitler’s Germany head on with the execution of Operation Overlord in June 1944. This excellent BBC Four documentary explores Winston Churchill’s alternative strategy of attacking Nazi Germany’s “soft underbelly” which became a rather misleading metaphor – and something of a dark obsession for Churchill – as the British Prime Minister focussed the allied war effort on North Africa and the Mediterranean.

Presented by Cambridge historian David Reynolds and exploring the “less familiar aspects of the allies’ Second World War,” the film casts a compelling and impartial light on the reasoning behind Churchill’s strategy. We learn that the “soft underbelly” metaphor was also one that could’ve been applied to Churchill himself; facing opposition at home and greatly hampered by an under-resourced army, the precariousness of both Churchill’s political position and Britain’s war effort seemed to culminate with the shattering defeat at Tobruk in the summer of ’42. Also, outside of the context of the allies’ eventual victory, what we learn about British adventures in North Africa and Italy now look largely a product of fear, prevarication and a desire to salvage a faltering empire.

Using archive footage, photographs, original telegrams and official documents along with BBC radio reports and snippets of speech from the likes of Field Marshall Bernard “Monty” Montgomery, the film is both an exercise in efficient presentation and an enlightening study unabashed in emphasising some of the less triumphant aspects of Britain’s contribution to the war. The part of the film that mentions radical left-wing politician Stafford Cripps highlights a pertinent compromise of moral virtue in his challenge to Churchill’s quest for freedom in the context of holding 400 million people in “imperial bondage.”

The film is also not shy to puncture the triumphant bubble of Great Britain’s victory at the Egyptian railway halt of El Alamein in November ’42; as significant as the victory no doubt was, the largely regarded magnitude of El Alamein as a decisive turning point in the war against Hitler is described as “British spin” – a point hammered home by comparison to the Battle of Stalingrad which also ended in November that year: El Alamein saw 2,100 Axis casualties compared to 2,300 on the Allied side while approximately a million soldiers died during the bloodbath at Stalingrad.

As both narrator and presenter, Reynolds is an engaging and enthusiastic host and his present day set pieces from some of the key locations – the deserts of North Africa, Egypt, the Mediterranean Sea and the corridors of power in Westminster – nicely provide a geographical context to his narratives. Reynolds’ occasional playing out of historical dialogues (including a slightly dodgy American accent when recounting the words of Franklin D Roosevelt) are cheesy but charming and, particularly in the case of his reconstructing the scene of a freshly showered Churchill dropping his towel in front of FDR, of a light-heartedness that diverts the film from mere sober study.

The strength of ‘World War Two and Hitler’s Soft Underbelly’ lies in its unromantic adherence to the facts. Despite the important victories and huge losses of life, the impression left of Churchill’s strategy of attacking Hitler via North Africa and Italy is one of a “costly sideshow” and responsible for some of the worst carnage in Western Europe. It seems that Churchill created in Italy what he had wanted to avoid all along in France.

Churchill’s most significant military tactic appears to have been born out of fear of “weakness not strength” and his own vested interest in preserving territories of the British Empire. In fact, if it weren’t for Churchill being outvoted two to one at a meeting in Tehran when Josef Stalin joined FDR in pushing for commencement of Overlord, one wonders exactly how long the D-Day landings would’ve been delayed if left solely to the whims of the British Prime Minister.

A dispassionate and enlightening documentary that serves as a valuable investigation into one of Britain’s key military strategies of the Second World War. As a single negative aside, the film describing the code cracking activities at Bletchley Park as partly flawed due to their being ineffective in unravelling of the mind of Adolf Hitler seems an odd and disingenuous point to make. However, the film’s alacrity in criticising British policy and its focus on the contradiction between fighting for freedom and the preserving of empire make for a compelling catalyst for debate and personal reflection.