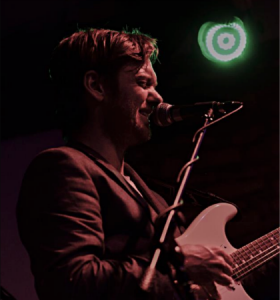 To the outsider King Arthur’s Hall may look like a cool underground inner-city indie hangout. The truth is that it’s aiming to rival those venues, even if it is in the small market town of Glastonbury. On the night, Yes Sir Boss were the latest in a list of future high profilers that have incorporated The Arthur into their UK touring schedule in amongst all the usual reputable venues. When a gig goes down as well as this, everyone is buzzing upon the final note and you start to believe that there’s no reason why this venue won’t soon be considered as one of Somerset’s best. It was pure joy. The scenes would have been befitting of a staged live music video, though of course without the rehearsed enthusiasm put on for the cameras by a band and a truckload of extras. A pleasant looking band of twenty-somethings had Glastonbury punters uncontrollably dancing and singing along, and revelled in the hot, sweaty, intimate space in which everybody accepted their escape and let go. “Look at this,” local photographer Will Fahy shouts in my ear mid-gig before showing me his camera lens, which had completely steamed up. That’s a result of body heat on overdrive by the way. The teenagers at the front seemed to be particularly dazzled by a fantastic performance from this week’s Friday night idols, who performed a 15 track set list that consisted predominantly of tracks from their 2012 album ‘Desperation State’. Though maybe not all as keen as the youngsters that had positioned themselves within touching distance of the band, a relatively broad audience packed out Arthur’s Hall, which is a testament to the funky, modern, ‘in’ style of songs that Yes Sir Boss holds in their musical war chest. Opening with “When We Were Young”, it seemingly cued the pandemonium led by members of All Us Authors, the excellent support act fronted by Dan Nixon, who earlier in the week had stated how he couldn’t believe they were supporting an act the whole band loves. More on them later. Three tracks later “Mr Happy” not only sees Nixon and others crowd surfing, but more importantly the band hitting another level, or “turning it up to 11” as I like to call it. It’s the first track that really sparks mass sing alongs. Throughout the set I’m scandalously trying to find a comparison to jot down in my notes. To the credit of Yes Sir Boss, it’s hard to pinpoint one, which is always nice when you’re watching a band on the rise. Instead I just wrote about their beautiful harmonies, a delightful blend of brass and percussion and trans-Atlantic inspired guitar riffs. Matt Sellors on lead vocals and guitar joined lead guitarist Luke Potter in bantering with the crowd throughout and expressing delight at the atmosphere that still had extra levels to hit. “Honestly, it’s fucking nuts”, the former said after letting out a disbelieving chuckle. He then explained that Joss Stone wouldn’t be joining them on stage for the performance of their single “Mrs #1” that she is featured on. He joked, “We didn’t invite her”. At least I think it was a joke…. It was performed impeccably and replacement joint vocalist Luke did a damn fine job filling in for Joss. Flawlessly performed track after flawlessly performed track followed, including a cover of The Cure’s “Close To Me”, while in the meantime an Alan Pardew [Newcastle United manager] lookalike amused me and one tosser in the crowd inexplicably shouted “Nickelback” between songs. Rapturous applause greets the end of every song and upon the closing of what Matt announces to be their last track, the crowd is begging for more. They oblige and he announces that they are having a fantastic time, although politely asks that the mosh pitters calm down a tad because one of them had knocked into the band’s trumpet player, Tom, mid-blow and left him with a bloody mouth. Still, all in a day’s work. He didn’t let it bother him. 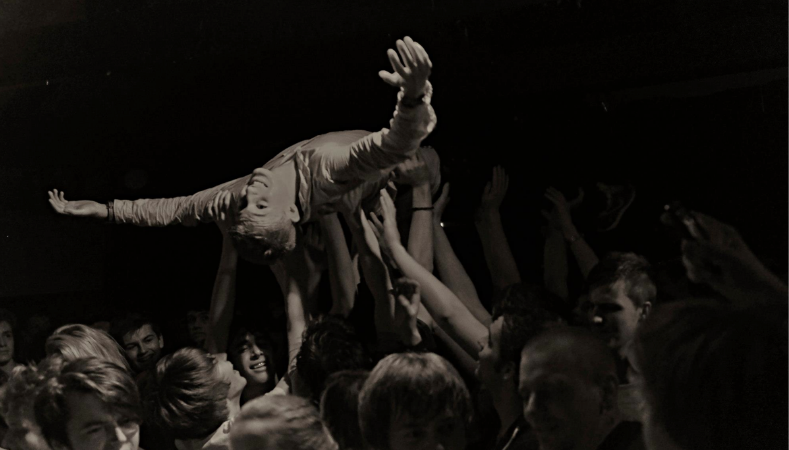 Photograph by Will Fahy

“There’s no backstage area for us to go to but just make some noise”, Matt asked as he hinted at an encore. When the audience gave them the reaction he asked of them, they were given “Never Know” in return. It capped off a wonderful performance. To summarise, Yes Sir Boss nailed it and King Arthur’s Hall successfully brought another big act to the area to wow audiences. They deservedly take the plaudits and long may it continue. 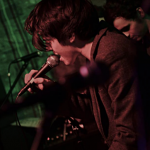 The aforementioned All Us Authors again lived up to the hype with their support slot. Having lit up The Arthur with previous performances they seem to be getting tighter and honing an already impressive set with every gig they play. Dan Nixon’s vocal performance on the night was one of his strongest and his stage antics always entertain me, purely because he goes from supercool with a swagger of arrogance to crowd surfing and joining mosh pits in a matter of seconds. The performances of “Animal”, in which Dan’s spitfire-like chorus lines spark comparisons with the RHCP’s Anthony Kiedis, and “Tibidabo” (video linked below) particularly stood out for me. With Dan being the senior aged just 20, this group of young lads continue to look like one of the most exciting acts to come out of Glastonbury. Their talent makes me sick. To find out more about Yes Sir Boss visit their official website Find out more about All Us Authors here Keep up to date with all music at King Arthur’s Hall via their official Facebook page
Follow @Thefixmag
Recent Posts
We Like You…