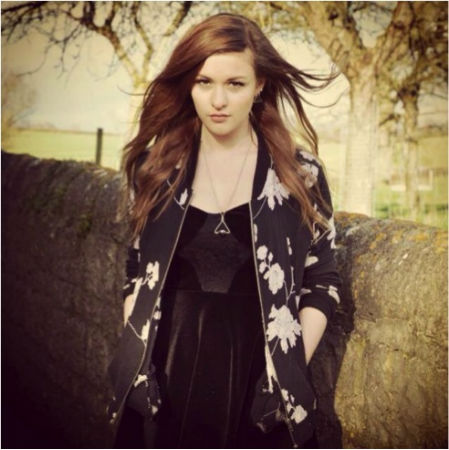 Known to many in the Central Somerset area as the former lead vocalist of All About Flux, 18 year-old singer-songwriter Zelah Van-Gowler is now out on her own with her brand of indie-pop. Since leaving the band, Zelah has been working hard writing, gigging and recording her original material, which has culminated in the release of her first solo single “Something About Forever.” Citing influences ranging from Arctic Monkeys to Adele to Paramore to Ben Howard,  Zelah’s original material has received a great response at venues local to the Glastonbury area in which she resides. On top of that, a recent appearance at The Fleece in Bristol has whetted her appetite to go far and wide as she sets off to gig as often as possible in and around the Bristol and Somerset area throughout the rest of the year. One such gig will be at The Hawthorns in Glastonbury on Saturday 10th May when Zelah is one of a trio of wonderful artists playing a special acoustic gig. The venue is known for supporting young musicians, especially with its famous Tuesday open mic nights that have helped to develop artists such as Zelah as well as the night’s co-performers Lee Rahn and Ben Russell. Of course, we’ll bring you a preview on that and news of Zelah’s other performances soon. “Something About Forever” is now available on iTunes and you can find out more about this and Zelah’s music on her Facebook and Reverbnation pages.
Follow @Thefixmag
Recent Posts
We Like You…