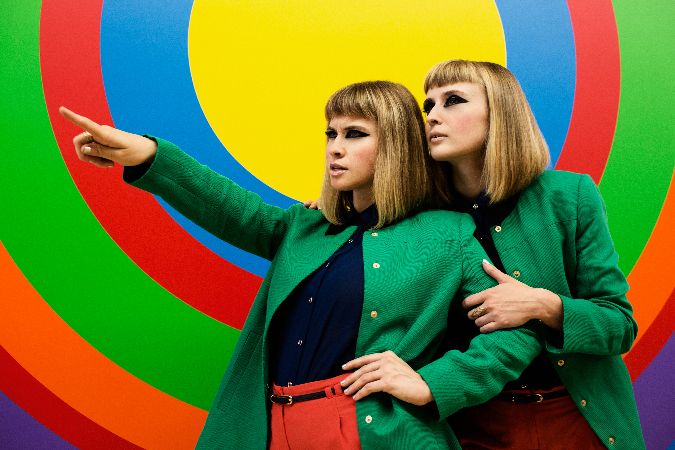 For the last few years, it has seemed like 96.7% of emerging musical talent has surfaced in Brooklyn. Lucius are no different, with joint frontwomen Jess Wolfe and Holly Laesigg migrating to the hipster paradise having joined forces a decade ago as vocal majors at Berklee College of Music.

Lucius, completed as a five-piece by drummer Dan Molad and guitarists Peter Lalish and Andrew Burri, released their debut full-length ‘Wildewoman’ in 2013, an album that benefits greatly from the beautiful harmonies created by Wolfe and Laessig.

Lucius do on occasion fall into the trap of hipster self-awareness, their music videos full of polaroids and tape decks. Breakthrough single “Turn it Around” is, alas, destined to be a soundtrack to an Urban Outfitters shopping expedition, a track Friends are almost certain to file a copyright infringement suit against.

However, when the harmonies really come together, such as with track “Tempest”, Lucius are able to give First Aid Kit a run for their money in the electro-folk game. They are clearly talented and intelligent musicians.

Lucius are touring Europe and the UK in October.