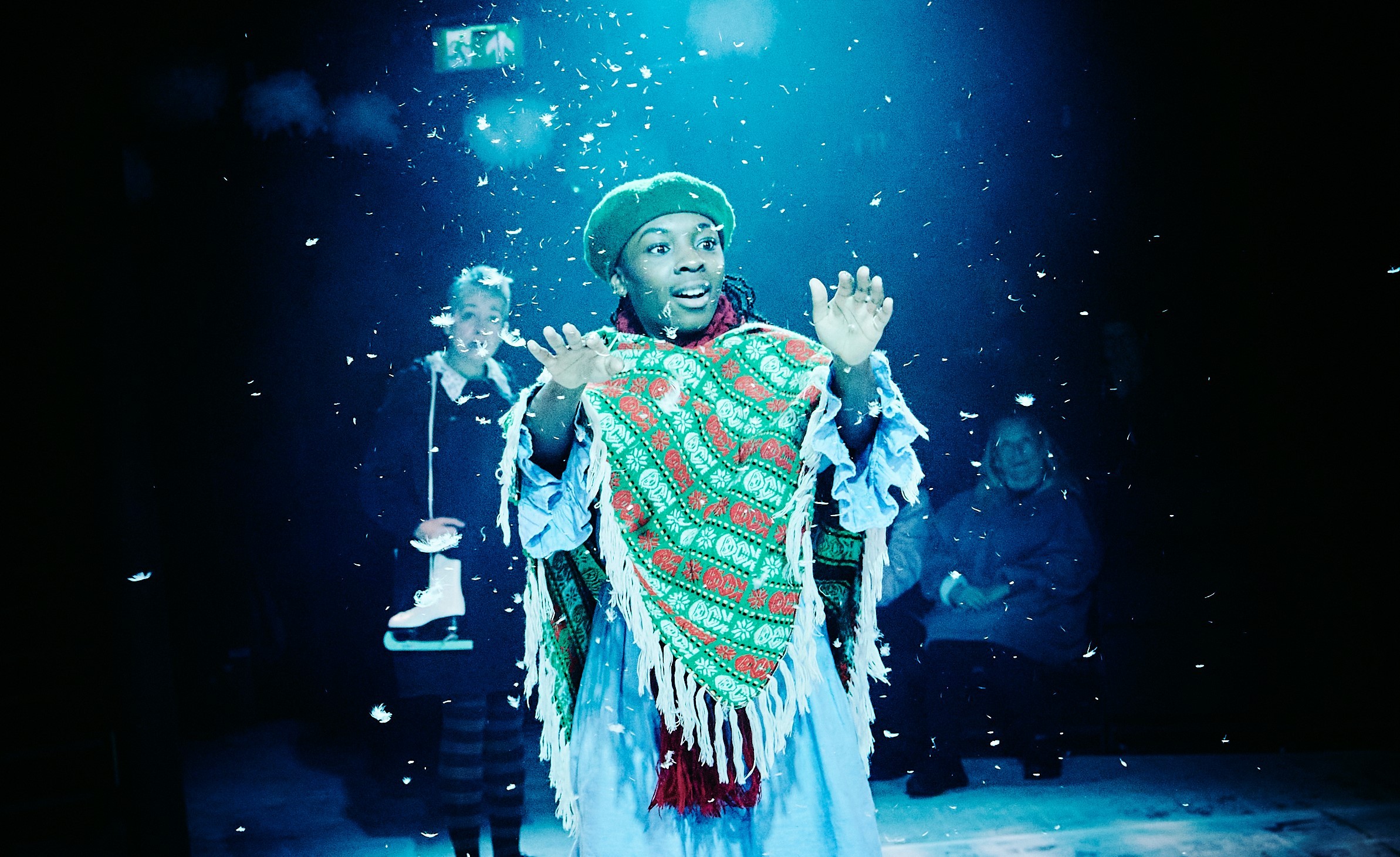 Gerda (Natisha Williams) and Kaj (Joey Hickman) are the best of friends, wandering around Copenhagen picking flowers and preparing for summer. When Kaj’s grandmother (Stephanie Mueller) warns them of the Snow Queen lingering late in the season, Kaj is disbelieving. A shard of evil mirror has slipped into his eye – he no longer wants stories, he no longer wants to be friends with Gerda, and, most worryingly, he no longer believes in magic.

Unknowingly hitching a ride with the ethereal Snow Queen to the North Pole, Kaj is frozen still, his only hope lying with his neglected companion Gerda. Loyal Gerda sets off in pursuit, battling cold winds, cannibals and odd strangers to rescue her friend. The scene is set for a fast-paced romp of an adventure, full of laughter and genuinely touching moments. 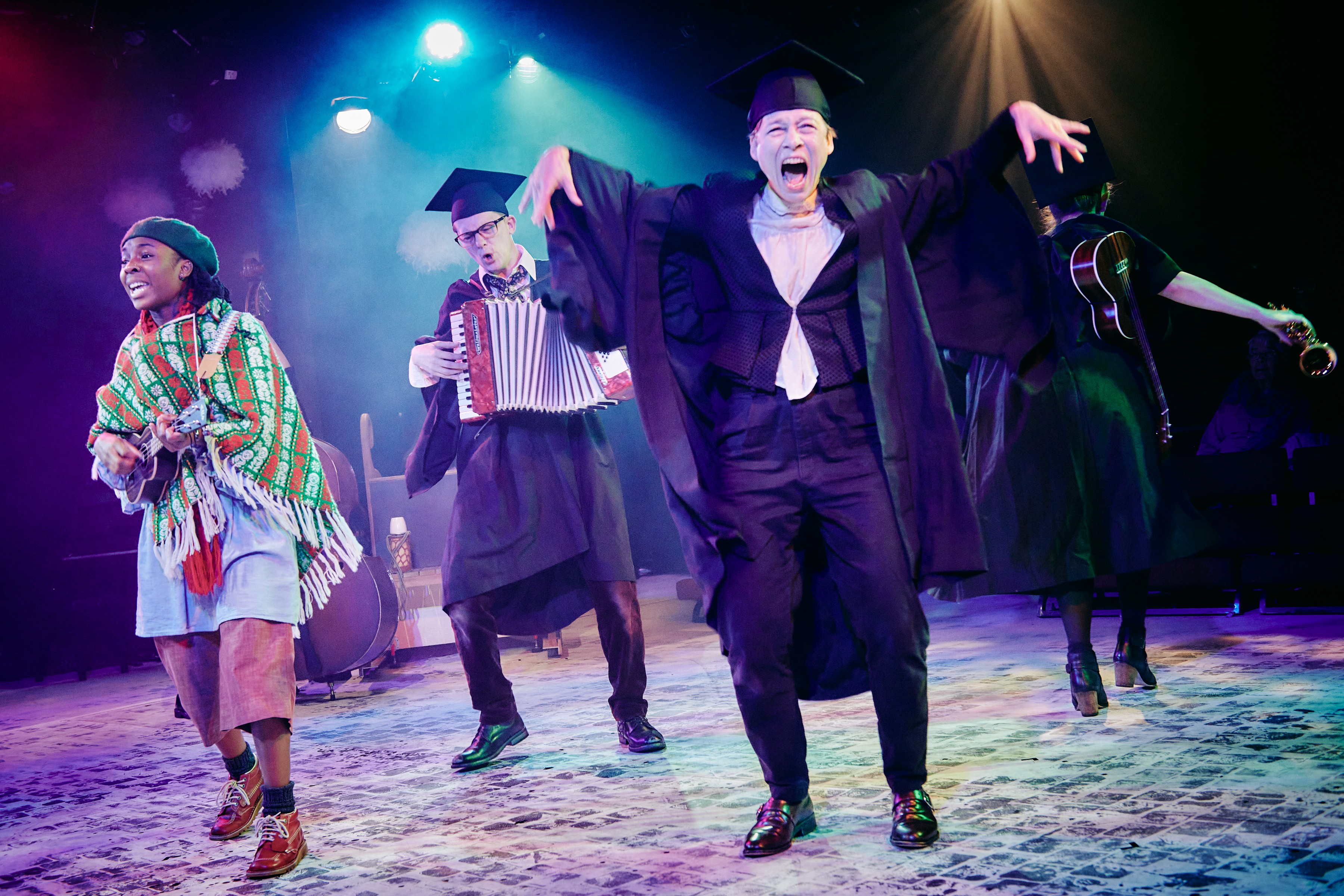 With The Snow Queen, Director Alex Byrne has managed to create a world of childhood wonder, of hope and imagination. Low tech special effects are used to envelop the show in small-scale sparkle – Kaj disappears under a white sheet, a miniature sleigh slips through the skies lit up by a single torch, a glowing bulb illuminates a warm hot chocolate. The central set piece sleigh is tipped on end to become a door, and then a cot. Best of all is a group of smarty pants crows, brought to life by mortarboards and academic gowns, who strut around the stage like Elvis. They guide Gerda, in a scene which perfectly replicates the hallucinatory imagination of children (or adults of a certain variety). Their rock ‘n’ roll soundtrack encourages a willing singalong from the crowd, and a series of belly laughs.

The music, under the guidance of musical director Hickman, is excellent, punctuating the story with catchy showpieces and elsewhere providing a bedrock soundtrack. The ensemble switch between instruments, with Samantha Sutherland particularly notable for singing and playing piano, accordion, saxophone, ukelele and more. She also plays a mad cat lady with wicked humour, capturing Gerda in her suffocating, perfume-filled indoor garden. Elsewhere, Abayomi Oniyide strides across the stage as the narrator with a glint in his eye, and Alex Murdoch brings most of the big laughs with dry asides.

The Snow Queen is a show with huge heart and humour, a Christmas show as sharp as a shard of mirror, which manages to be funny and touching without falling into the trap of sentimentality or pantomime silliness. The children in the audience loved it, particularly those who were brought into the story as trees or badgers. Self-aware, whimsical and warming, this is a show which can really make you believe in magic.