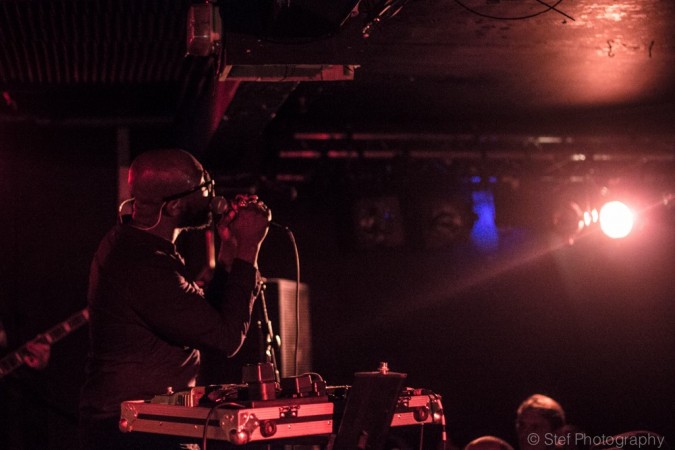 As the years go by the guitar band has become an increasingly endangered beast, a sadly inevitable consequence of the ever dwindling ability of those who wield the “axe” to find new and inventive ways of adding to the sonic landscape.

So when Obaro Ejimiwe, aka Coventry MC and rapper Ghostpoet decided to make a “guitar record” (current album Shedding Skin) and effectively throw his lot in with the indie crowd it could have been interpreted as career suicide.

New eyes have found new sounds though it seems, as Ejimiwe’s melancholic rhyme and rhythm breathes new life into this traditionally conventional genre.

Thats not to say that previous work (Mercury Prize nominated Peanut Butter Blues & Melancholy Jam and Some Say I So I Say Light) has been forgotten or neglected, and both contribute with the likes of ‘Cold Win’, ‘Meltdown’ and ‘Cash and Carry Me Home’ still forming the glitchy base for the proceedings, as he constantly resuscitates his vocals with regular palpitations on his delay pedal etc. 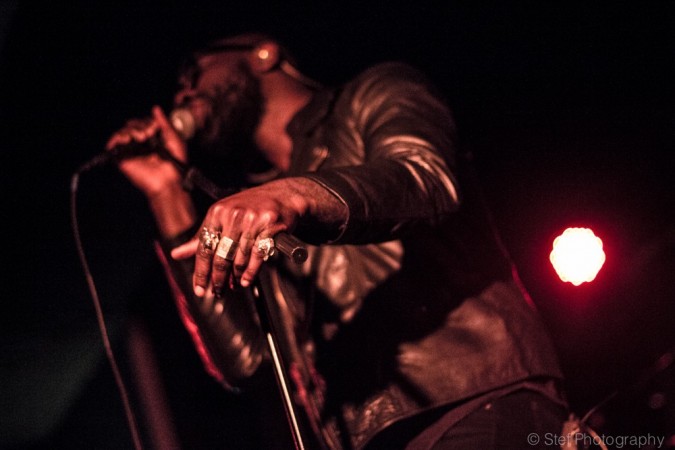 With bling all over his knuckles Poet certainly seems to be fighting fit tonight as he dances around the stage like a boxer sparing with his shadow.

“You having a good time Bristol” he enquires, almost to reassure himself that we are enjoying proceedings as much as he is.

Ejimiwe is always at his best when exploring the darkest recesses of the soul and title track ‘Shedding Skin’ from the new album is about as grimy as it can get. “You think you know me, you never know me!” he spits out in his confrontational exploration of homeleness.

While the new direction deservedly draws attention the band tonight are especially worthy of high praise. Bass player, John Calvert brings the nimble yet muscular force to the sound but it is keyboardist Emma Topolski, who provides the haunting harmonies throughout, that truly puts the spectral into Ghostpoet.

By the time ‘Liiines’ finishes up proceedings the crowd have been pummelled (‘Cash & Carry Me Home’, ‘Survive It’) and caressed (‘Us against Whatever’, ‘Dial tones’) into purring submission and the euphoria and emotion is dripping from the ceiling.

What comes next only Ghostpoet knows but indie kids everywhere can only live in hope.

To get your copy of Shedding Skins click here.
For our full gallery of pictures click here.