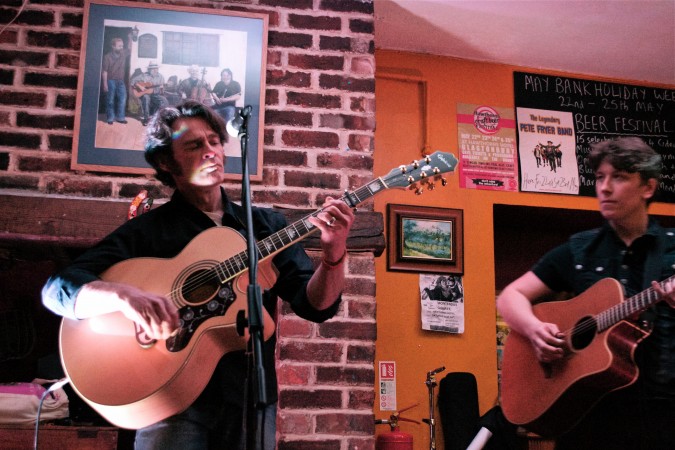 It never fails to amaze me how big an effect putting your arm around someone and offering them words of encouragement can have. It may feel like an insignificant moment in the life of those who offer it but for the recipient it can become the catalyst for growth, change and the start of a journey onto bigger and better things.

In 2012, I attended an open mic night at The Hawthorns in Glastonbury and watched a talented but nervous and timid 15-year-old singer-songwriter perform a cover to a room of strangers. He impressed and the regulars, both spectating and participating, took the time to let him know what his cameo meant to them and showed an interest in him as a songwriter and performer. I too congratulated him and after introducing myself the shy lad almost hid behind his father for the entire conversation. Months later and that lad would be there every Tuesday week in, week out banging out originals with the swagger of a chap much older in years and every time I’ve spoken to him since, most recently a few weeks ago, I’m taken aback by his confidence, hunger to learn and improve and his articulate manner. His transformation can’t solely be defined by his experiences at The Hawthorns but there he found a place to experiment and grow in a safe environment where punters encourage and support each other. That young lad, Ben Russell, isn’t the only benefactor.

On a recent Friday evening trip to The Hawthorns members of the Tuesday open mic collective are all present. I speak to Al Cosnett, one member of the much lauded and highly respected band Swampgrass and mid-conversation he catches the eye of another musician, Rick, and congratulates him on making the important step of headlining his own local gig a few nights earlier. In the conversation that followed I found out that Rick had only been playing for a few years and behind closed doors but his experiences at that particular open mic night ignited a belief and breaded confidence that facilitated improvement. As Rick and I chat we enjoy a mellow acoustic solo performance from Shaun Buxton and I’m told that only a few months before this artist, who usually fronts a rock band, was a bag of nerves if he were to get up in front of an audience and play alone. Not tonight – after finding his feet at the open mic nights he was on the bill for a debut solo gig performance; Shaun comes off stage to great applause, congratulatory hugs and heartfelt thank yous for sharing and touching an audience. “That was a huge moment for me,” he responds to Rick’s words of praise for taking this next step on his personal journey. There’s no wiping the smile off his face. 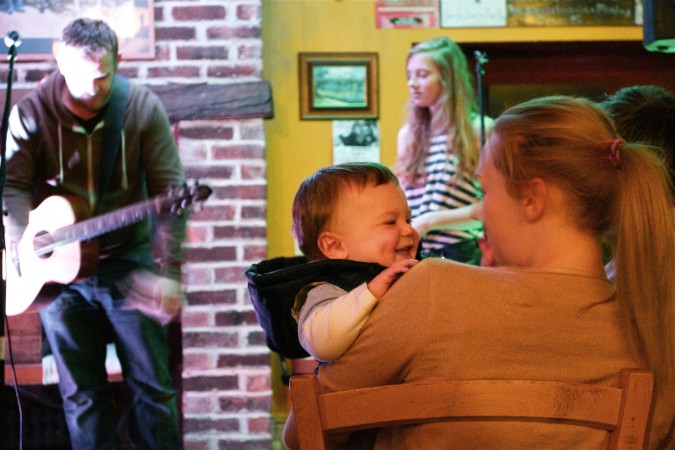 It’s a budding community at The Hawthorns that holds huge significance for many who attend and not just the musicians. Its ‘family’ keeps growing, welcoming new faces and you could even say its spirit goes on tour with summer festivals placing many of its musically inclined members on their bills. These people support each other away from the music; lifelong friendships have started, personal experiences have been shared, losses have been grieved together and every individual success is given the respect it deserves – whether that’s a closest singer-songwriter plucking up the courage to perform for the first time or an accomplished local act being celebrated at a packed out gig. Gatherings away from the venue have also blossomed within a community that found its feet at the venue; Spencer Cox’s The Marmalade Sessions is just one example in which songwriters meet to play each other music and give feedback in order to hone their compositions in a comfortable, supportive environment. 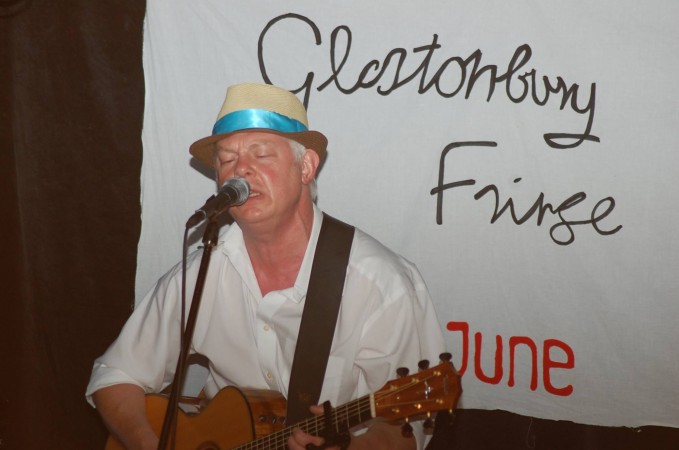 It amazes me to think that an open mic night in all its simplicity could create a domino effect that has led to so many stories with a positive outcome, but the ethos and environment created by its founder Steve Henderson has laid the foundations for these people to thrive. He’d be the first to put an arm around a musician and offer encouragement and words of praise on his open mic nights and in doing so others would follow suit. Suddenly those previously mentioned closest performers, experimental innovators and punters with anxiety or depression or the new guy in town can feel safe to let themselves be known. It’s difficult to sum Steve’s impact up in a paragraph, perhaps we’ll never know the true extent of the positive effect his creation and the persona driving it has had, but when I’m in and around Glastonbury watching music across all the venues and I see groups of people I recognise from The Hawthorns socialising together I often think that Steve made that happen. To me that’s what I respect him most for – anything that brings people together in modern day society where more and more people express a feeling of isolation for one reason or another should be applauded.

Steve’s initial injection of energy and enthusiasm to start an event that would unite people through one shared passion and then his efforts to maintain that and welcome others has created a chain reaction that has changed lives – and I don’t think that’s over dramatisation in saying that. Steve’s long time partner in crime, Brad Lister, is currently running the open mic nights and deserves a share of credit for that and his overall contribution to the local music scene. Like Steve, he is selfless in running this night and dedicating time to co-organise events such as Glastonbury Fringe, which again has laid a platform for this community to grow further.

Brad often refers to the community as ‘The Hawthorns Family’ and of course, every family needs a home. That’s why the venue’s landlord, Simon Sturt, receives high praise for creating a hub that facilitates this impact on people’s lives and so it was no surprise that on his 58th birthday over one hundred flocked to their home away from home to not only celebrate that date of birth with a wonderful four act gig but to also mark his contribution to the local music scene. Simon isn’t just providing the foundation for local artists to soar, he’s also proactive in injecting life into a music scene that has peaked and trothed over the past 20 years. 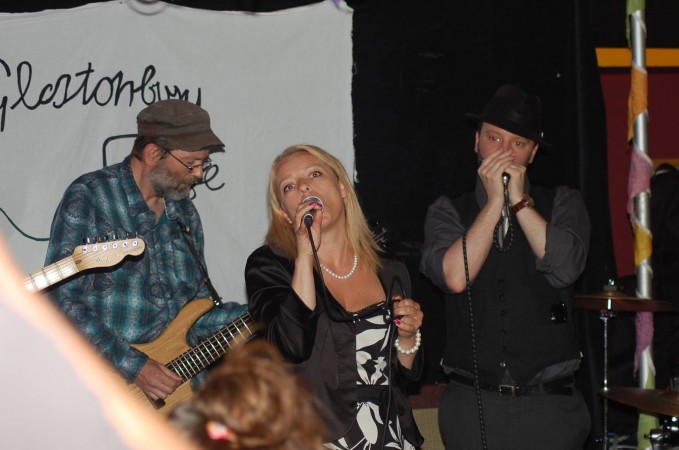 Simon’s contribution has offered a consistency that allows we local folk to say that it’s pretty damn good here for a small town. He brings acts from all over the world, isn’t afraid to pull an act from an obscure genre out of left field to entertain his loyal contingent on a Friday night and throws down the odd mini-festival too. He also cooks a mean curry – several in fact.

Earlier on that Friday, his punters had been brought together by the aforementioned Mr Lister, a local musician who had rallied around those regulars for weeks to provide a gift that will aid Simon’s objective to get people to see more music. It’s a television and camera set up that allows the punters who aren’t able to get down by the stage to still see the action from behind that damn wall! Inside jokes aside, the presentation is symbolic of the fact that this man has created a home for a group of people to grow themselves and an ethos.

Away from the commercially driven music industry that leaves so many with a feeling of disillusion it’s heartwarming to know that the art in all its forms has the ability to bring people together. The happenings at a place such as The Hawthorns highlights the importance of doing that and why local music communities need a place to grow. There’s a collective there who bend over backwards for each other and undoubtedly all the collaboration and everything that has taken place in the venue will have a legacy for years to come, both obvious and subtle even beyond its end. But for now the movement at The Hawthorns is at its height and long may it continue.