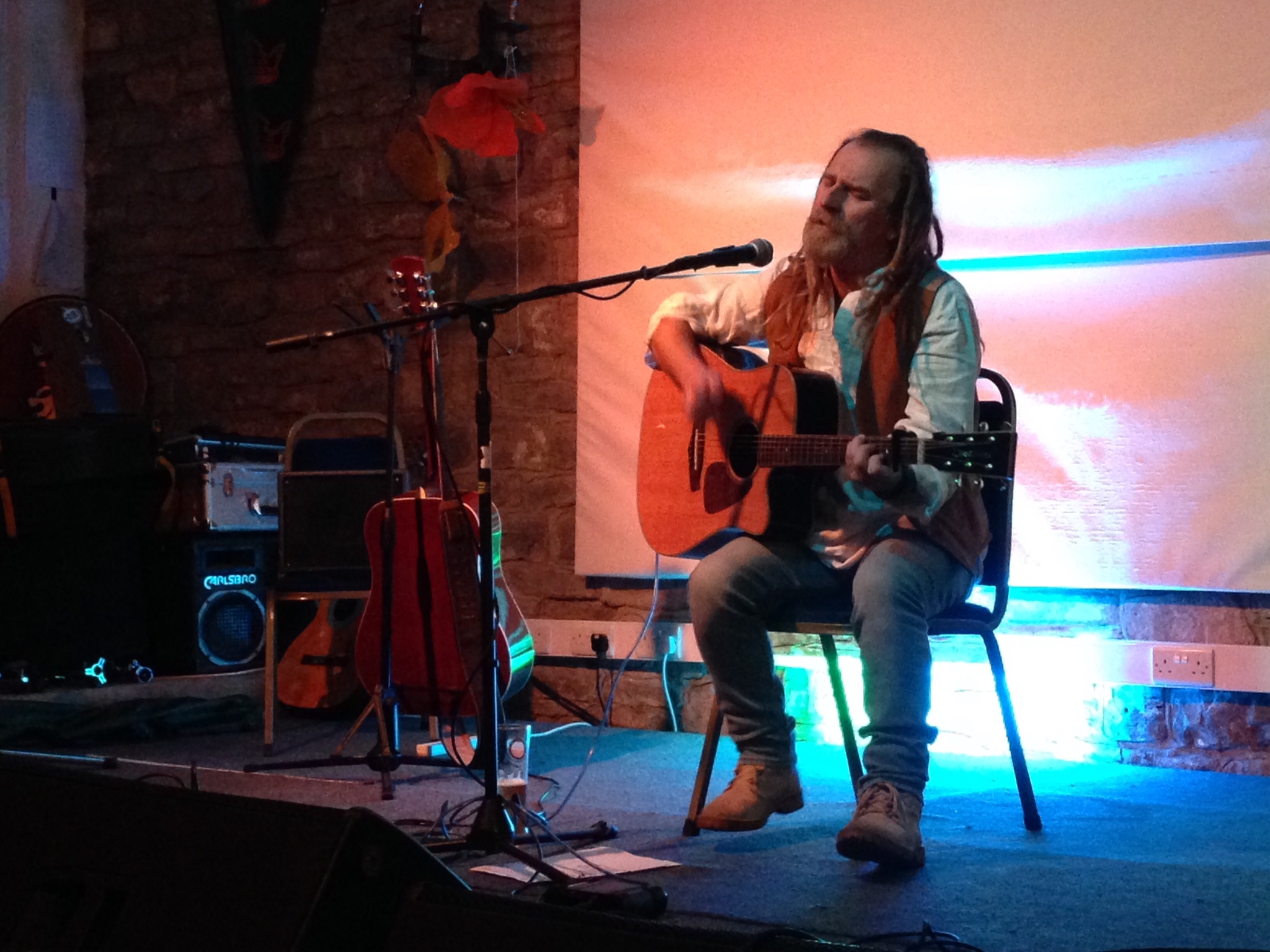 I’ve said it before and I’ll say it again, the town of Glastonbury has an incredibly underrated music scene and if there was ever a gig to emphasise that fact it was last night in The King Arthur where Bob Gallie put on a performance masterclass. Every time I see the humble Welshman his vocal performance never fails to knock me sideways, at times its so effortless, perfected and whole that it doesn’t even feel like it could be live, but it is and quite frankly that’s why audiences find themselves captivated and why musicians sing his praises with endless superlatives.

The Arthur is a versatile venue that I personally believe is still the best place in Glastonbury to watch a band; it’s got a touch of The Fleece when it’s packed to the rafters with a group on stage thriving off the genuine music lovers that have flocked to see a good old-fashioned pub gig with all the heat and sweat and passion fusing together to create an electric atmosphere. But on this particular Thursday the mood is different as Mr Gallie, a man always welcomed into the town with open arms, is the latest on the bill in fellow musician Cameron Scott’s majestic creation, The Sounds From Glastonbury Town series, which in my experience always delivers an evening of high quality and substance. This wasn’t an exception.

There’s no hiding when you’re on stage in The Arthur and on a night where true appreciators of live performance sat in a low-lit room waiting to catch an intimate set from this highly renowned craftsman they knew they’d be in for something special just by watching the sound check. Then it began. This was the 5th or 6th occasion I’ve watched Bob Gallie and within two songs I realised yet again that his standard just doesn’t drop. This was another magnificent set from the exquisite mild-mannered Welshman who exudes class and confidence when on stage with his acoustic guitar and that voice.

The upbeat was glorious with “Reason For Believing” and a cover of David Gray’s “Babylon” standing out but it’s always the mellow, heartfelt material of Bob’s that leaves me floored; his performance of the beautiful “Please Don’t Cry” was impeccable, “Blood and Bones” is always spellbinding and throughout it was number after number that seemed to outdo the one from before. Gallie bares his soul in every vocal performance of every song in every moment irrespective of the setting. Beautiful high notes are hit as easily as a click of the fingers, harmony is a continuous gift and his power completes a well-equipped arsenal that drew more and more people from the bar to actually take note of what was happening in the back room with the other adoring gig-goers.


In many ways it’s a real crime is that Bob has so many good songs that aren’t heard by a wider audience, but on the other hand that’s why you should go and watch him. I bought an album from him the first time I witnessed him perform and so I’m well versed with a number of fantastic tunes that I can listen to at my leisure, but even in writing my review I can’t recall each of his well-crafted compositions because there isn’t a reference point to find them. One would hope that as more discover this hidden gem more of his music may go down onto recordings.

Two tracks I can recall and eulogise over came within a hat-trick of belters near the end of an exceptional performance that confirmed my belief that this was in the top three Glastonbury gigs of the year. Bob floored audiences with a cover version of Radiohead’s “High & Dry” before delivering his anthem, “Oh Mexico,” a song about a chap he met who upped sticks with a modest amount of money to his name and aimed to live out his days in the Central American country. It’s one of those songs that easily lends itself to a sing-along, even if you’re hearing it for the first time, and it’s always beautifully performed. That would have been a fitting end and looked like it would be as The Arthur’s licence forbids live music after 11pm, but as the crowd chanted for more Gallie offered to deliver an unplugged finale, which came in the form of “Cathedral Skies.”

I always remember Brad Lister of the brilliant Swampgrass speaking highly of Bob and his enviable ability to deliver flawless vocals to a large audience without the necessity of a microphone. Brad was right – Bob did it in front of our very eyes to sign off in style. On a cold December night, that voice, performance and persona offered so much warmth and inspired awe. It was a joy to behold.

The Sounds From Glastonbury Town events run regularly on Thursday evenings at The King Arthur in Glastonbury, Somerset. Keep up to date with news of further events here.