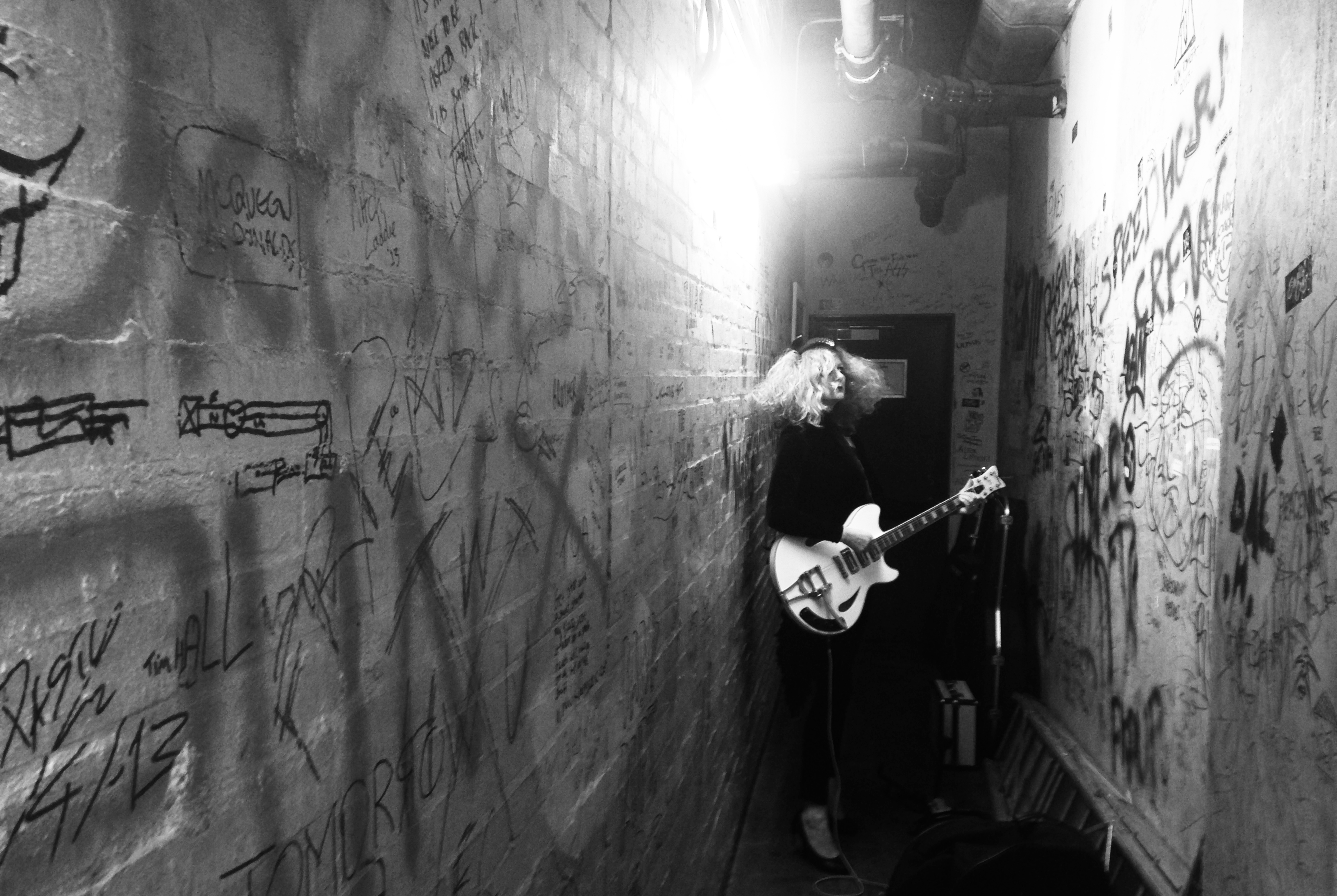 If there were prizes for long-term commitment in an industry notoriously obsessed with youth, then industrial electro-goth outfit Das Fluff’s experienced lineup would be near to the top of the shortlist. But their lack-lustre Bristol gig at sticky-floored muso favourite the Fleece didn’t seem to garner any accolades from those listening. There to support 80s actress, singer and presenter Toyah Willcox (yes, you read that right), the band’s short set rattled through seven rather two-dimensional tracks, only salvaging themselves from total audience apathy by the efforts of their excellent, patent-trousered drummer and their powerful bass guitarist.

The band had definitely put some effort into their appearance and staging, with atmospheric projections as a backdrop and pulsing laser-type beams highlighting the band members as they played. Frontwoman Dawn Lintern sported an incredible backcombed hairdo of which Toyah would have been proud, along with lashings of sequins, eye makeup and a beautifully aggressive feathered headpiece. But her snarling, screeching delivery was rather at odds with her halting, offhand patter in between songs, and although she tried to keep the dominatrix act going by ordering the audience to move forward and even forcing them to participate at one point, there was a real lack of conviction to her performance.

Perhaps it bothered her that there weren’t that many people actively listening, but surely all support bands have to put up with that. As a venue, the Fleece has a unfortunate attachment to over-lit TV screens and posters inside the venue advertising future gigs. Das Fluff really struggled to create their own atmosphere and might have preferred a darker, clubbier venue.

Listening back to their tracks online, I’m much more impressed. First up was ‘Drop Break Slip Crash’, a violent and foreboding number with relentless marching energy and an irresistible drum beat. ‘Life is Sweet’ has the pull of some of Goldfrapp’s darkest – and in my opinion, best – work, pressing disco riffs into harder, filthier places with vocals that segue from breathy and gentle to growling and low. And back again.

‘Someone I Adore’ had some of the addictive bass lines in the other songs, but was otherwise fairly unremarkable. Things slowed down for ‘Insomniac’ and gave Lintern a chance to exercise her clearly impressive vocal range. The last track, the brooding and repetitive ‘Shut The Fuck Up’ was certainly angry with the world, and other online recordings evidence a threatened vulnerability that didn’t come through at all in the Bristol live show, reflected back by a bored audience who just wanted to get straight to Toyah.

Das Fluff’s dark and powerful music is hard to pigeon-hole, with the band themselves describing their sound as “sexistential electro post-punk twisted disco cyber filth”. There’s definitely punk and much in the way of electro, but sometimes these delicacies are obscured in the quest for something much harder, as if a Trent Reznor tribute act had taken charge of the decks at a party. It was clear they didn’t have a great night, but I was left wondering if they’d tried so hard to reference such a wide range of genres that they ended up mastering none.