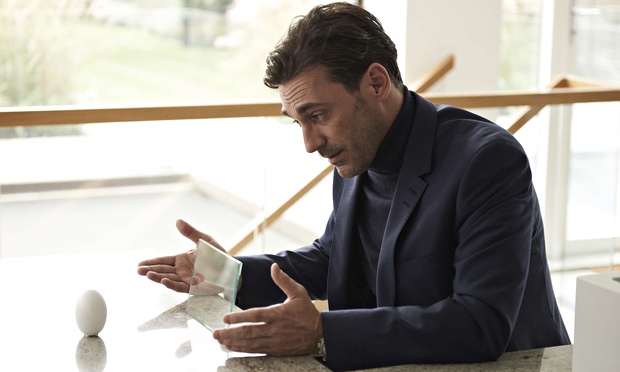 Happy 2015 – Now get back to work! If you’re looking for a gentle weekend to ease you back into working life on Monday then a feature that provides you with tip offs for a classic television series marathon should be the right place. However, if you follow my advice this week you’re going to have your thoughts provoked, your mind bent and the way that you look at the world challenged, so ‘gentle’ really wouldn’t be the right word. ‘Dark’ is an incredibly overused word when describing scripted television output these days, but when it comes to Channel 4’s Black Mirror, created by Charlie Brooker, this twisted set of future tech inspired sci-fi psychological thrillers deserve that adjective.

To date there are seven episodes of Black Mirror currently available on Channel 4’s on demand service 4OD as part of the website’s new ‘box sets’ section and these stand alone episodes aren’t related to each other and can be watched in any order. The series launched in 2011 with a bang in an episode that sees the British Prime Minister faced with a dilemma when terrorists abduct the people’s princess and threaten to kill her unless he has sex with a pig live on television. It’s sinister, amusing and erm… Dark. It’s set in the ‘Twitter age’ where scrutiny and commentary comes 24:7 from all angles with pressure being ramped up as videos of the distressed princess are uploaded to YouTube, which creates the tension needed for an incredibly gripping watch. Political aspirations, personal guilt and the UK’s stance of not negotiating with terrorists are factors for the Prime Minister to consider as he toys with a decision on a situation that is spiralling out of control; it’s the archetypal evil hypothetical question being played out in front of the nation with its leader in the hot seat. As sick as it sounds it truly is breath-taking television.

The series opener has the feel of a stand-alone in itself as the tone shifts after this first episode. A dark drama with a black comedic tone that provides a spectacle of modern day society and its relationship with media consumption breaks us in gently before something all the more speculative acts as a vehicle for thought provoking and frightening drama. 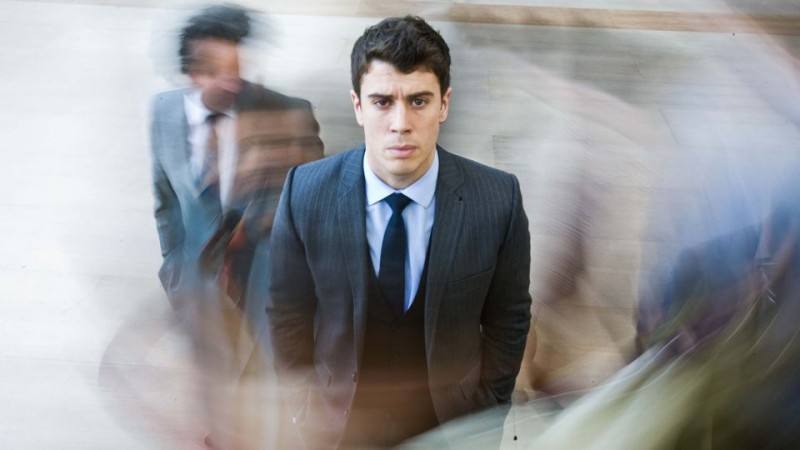 The episode titled “The Entire History Of You,” co-written by Brooker and Jesse Armstrong, who I lauded last week for Babylon, Peep Show, The Thick Of It et al, is set in the near future, where people have access to memory implants that records their lives as it happens. In the official synopsis it notes that it’s ‘a sort of Sky Plus for the brain – it records everything they do, see and hear’ and leaves the potential viewer with a question: “Is that necessarily a good thing?” This episode focuses on the relationship of a young couple that is put under strain by one partner’s obsession with over-analysing and replaying every aspect of this relationship, putting it under intense scrutiny leading to a trap of constant paranoia and an inevitable self destruction. As a writer myself, I watched this episode with total admiration and jealousy, wishing I had wrote it because it’s a masterpiece that provides an interesting parallel to our less advanced social media and tech that changes the dynamics of our relationships; less advanced it may be, but it can still facilitate such uncertainty and assist over-analysis. Our conversations aren’t all verbal so they can be revisited, our lives are documented online leading to snap judgments and perceptions and you can see the moment when someone new to you has arrived in your partner’s life when Facebook announces it to the world. Kind of makes you envy the phone call on a landline and “I’ll see you down the pub at 7” antics of 1976 doesn’t it? 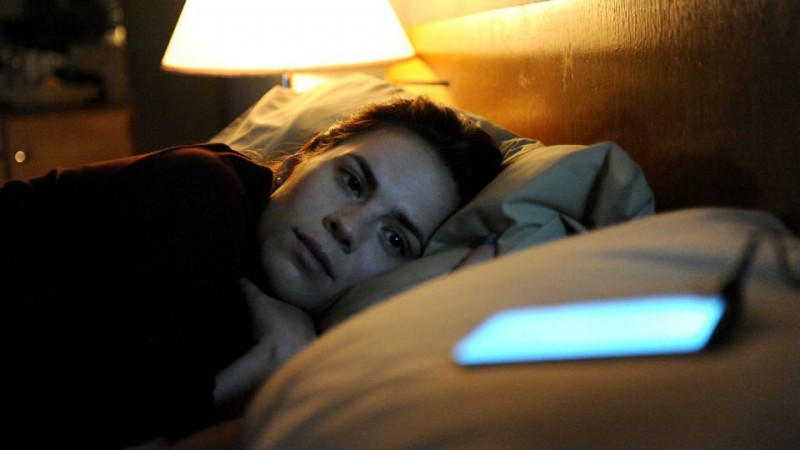 Staying with the theme of playing out a large part of our lives online, the final episode I’ll touch on in this week’s ‘binge’ is the series standout and leaves you wondering whether the technology imagined could actually become a reality. Again, it focuses on another young couple – Martha is left devastated by the death of her partner Ash and finds comfort in using a new service that allows people to communicate with their deceased loved ones by using all their online communications and contributions to build up an artificial persona. As Martha chats to the synthetic Ash, it feels like it’s him as responses are shaped by his previous online behaviour. Early on Martha is taken aback by a response that seems so accurate. But is this healthy, you’d have to ask as a viewer and what would you do in that situation? When Martha is advised that there is another level to this communication you can’t help but find yourself hooked.

The six original episodes of Black Mirror look to be available on the Channel 4 website for an indefinite period, however, with a binge in mind I’d encourage you to act quickly as 2014’s Christmas Special “White Christmas,” starring Mad Men’s Don Draper himself, Jon Hamm, is another masterclass that only has about 12 days left to stream for free.

The Fix’s founder Arran Dutton is a scriptwriter and producer with credits for BBC. Find out more about him and his work at arrandutton.com