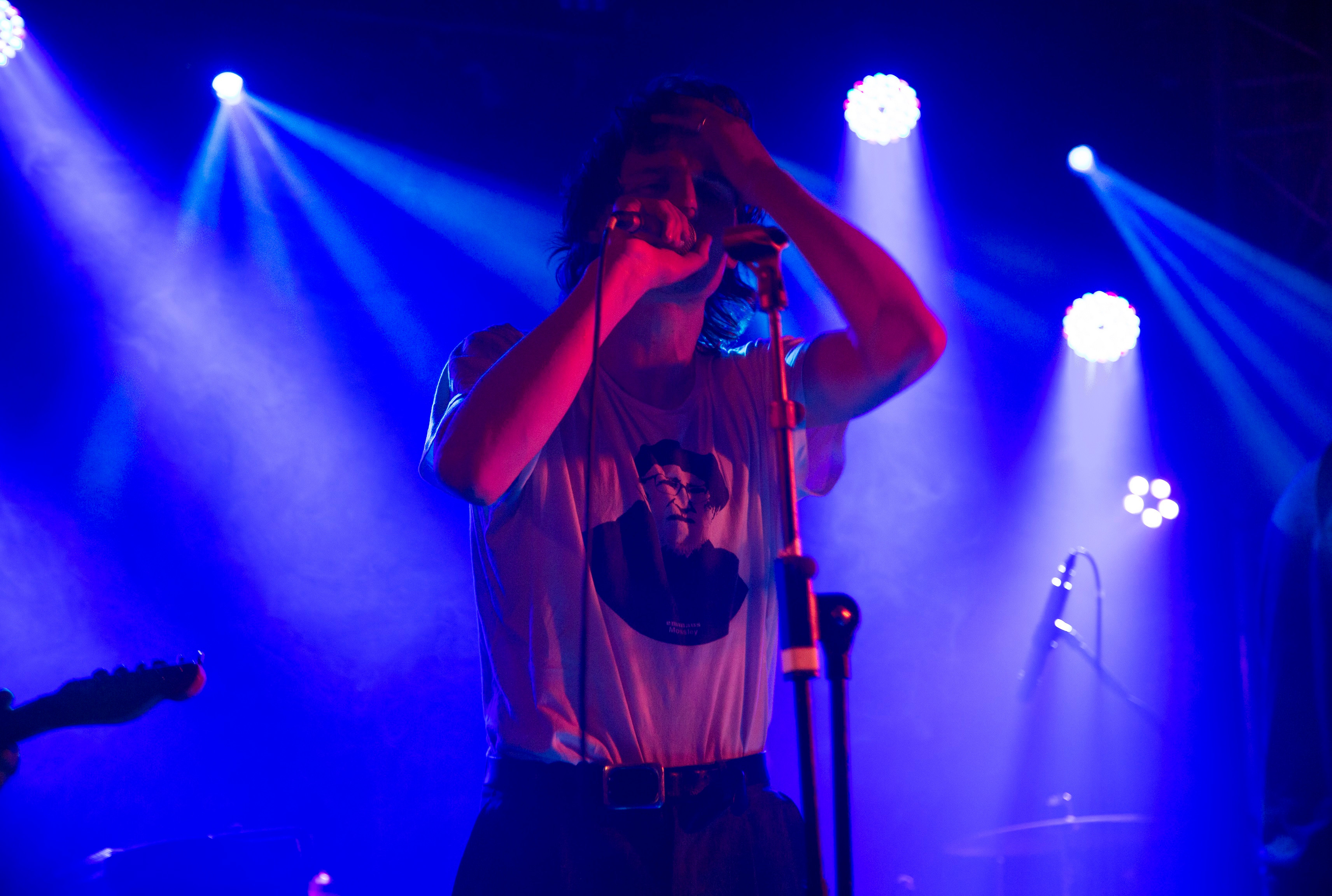 With attention-grabbing garage-punk tunes laden with lyrics of glib juvenilia and political nihilism, and certainly the most ingenious vegetable based anti-name in modern music, a sold out nationwide tour is considerable evidence of the growing buzz surrounding Manchester five-piece Cabbage. The pre-gig sighting at the bar of Kasabian drummer Ian Matthews is also a respectable endorsement before the band hit the stage to the “rollin’, rollin’, rollin” refrain of ‘Rawhide’.

The blithe welcome of “Hello Preston” from singer/guitarist Joe Martin then leads to the chugging muted chords and swirling leads of opener ‘Dissonance’ and, via an upside down inversion of his mic stand and an early venturing into the audience by frontman Lee Broadbent, a seguing into the punk assault of ‘Indispensable Pencil.’ 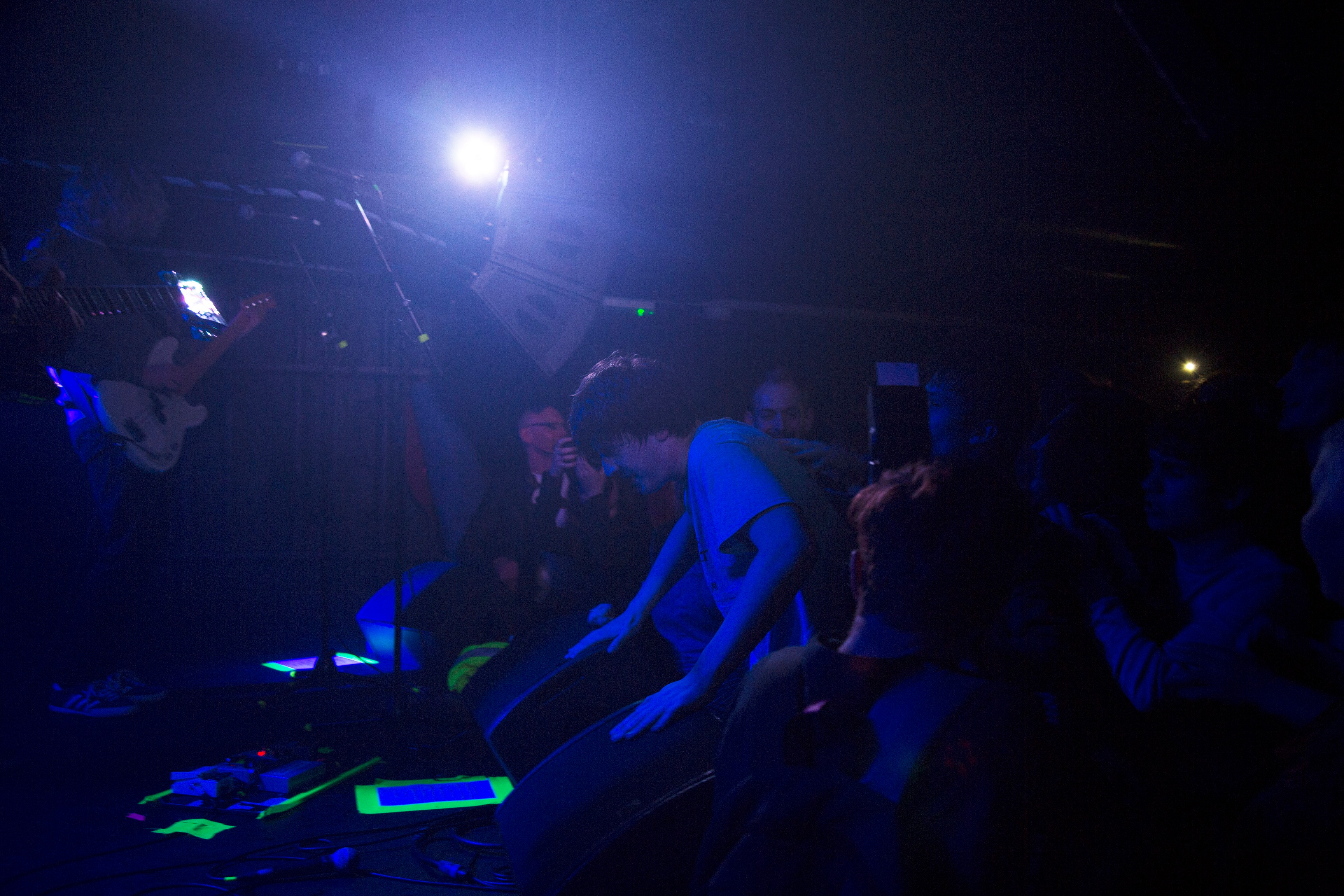 Having stated troubled American musician GG Allin – a man infamous for live performance coprophagia – as “a big inspiration” in previous interviews, one feels slightly leery given such lively on stage beginnings. However, what transpires is nothing more transgressive than Martin going shirtless and a stray bit of gob from Broadbent, along with the latter’s regular forays into the front row; while an overt penchant for puerility, shock-seeking imagery and the occasional ickiness witnessed in their music videos leads one to the anticipation of something dubiously unpredictable on stage, this is largely welcome.

As it goes, Cabbage are a decent live act, keeping it tight within the high energy delivery of their rollicking punk-rock tunes. Theirs is a sound that sways somewhere between out-and-out Sex Pistols punk and the scuzzy but satisfying mess of The Libertines at their most raucous; in fact, ‘Uber Capitalist Death Trade’ – granted that its title is perhaps a symptom of a callow desire for edgy rebellion – bears a passing resemblance to ‘Horrow Show.’ The haunting ‘Grim Up North Korea’ is sparse in arrangement but crammed full of menace and features a vague melodic echo of The Specials’ ‘Gangsters.’ 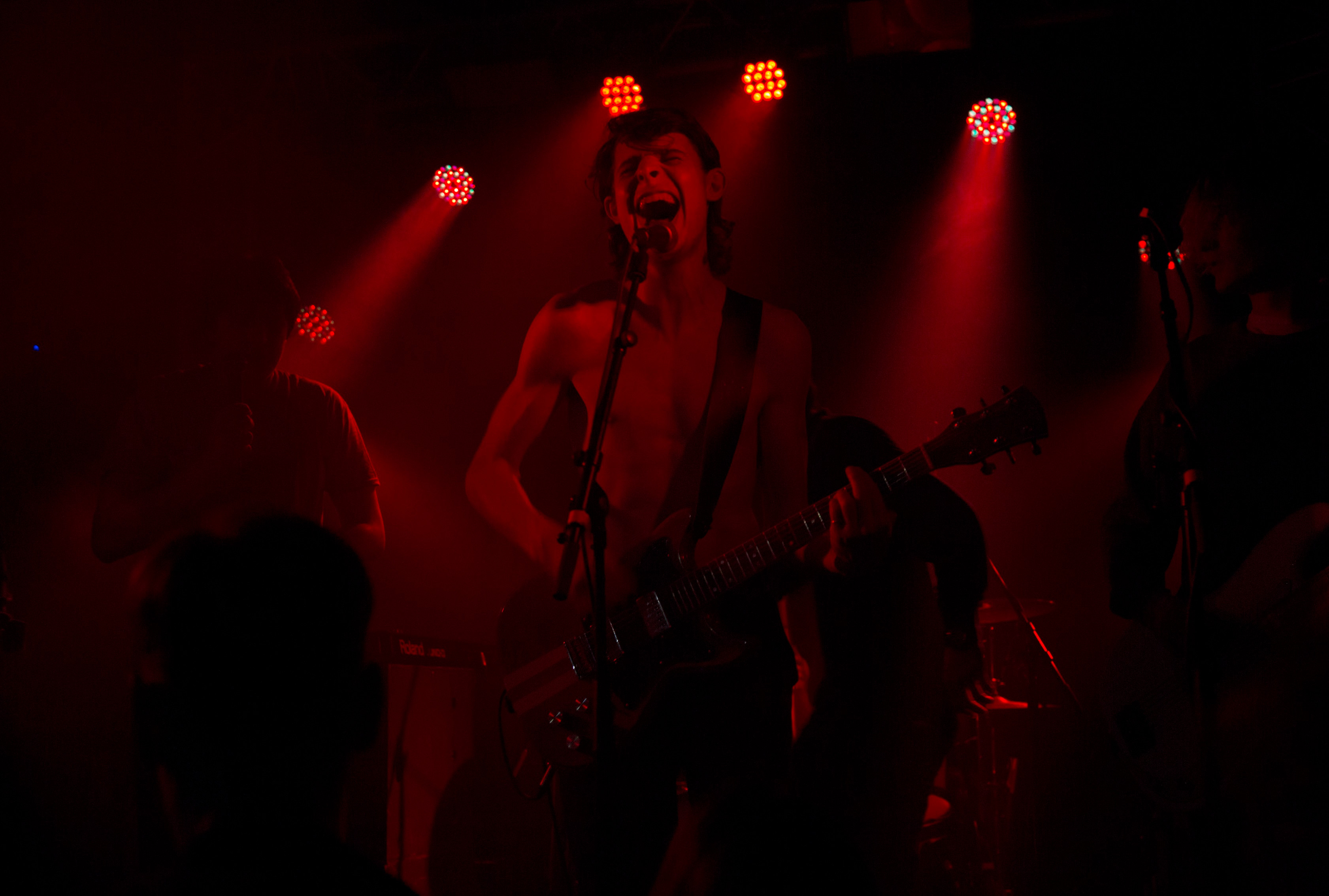 The music aside, it is the group’s lyrics that give Cabbage their certain quasi-comic, gross out idiosyncrasy; though, lost within the sonic racket of live performance, they are largely impossible to decipher. However, within the plodding four note riffing of ‘Dinner Lady,’ a sense of audience anticipation for the band’s most notorious line “I had a wank in the quiche/And I watched the headmaster get it stuck to his teeth” makes it hard to miss. Elsewhere, the lyric “Cliff Richard is a paedophile” – presumably adlibbed as it doesn’t appear on the recorded version – sticks out like the proverbial sore thumb during the tuneful ‘Gibraltar Ape.’

Presiding over a high octane show full of audience moshing, on stage chaos and spilt beer, Cabbage’s boisterous modus operandi is a near perfect soundtrack for boozy Saturday nights such as this. The disarray culminates when, during ‘Fickle,’ a roadie is required to dash on stage to save guitarist Eoghan Clifford’s pedal board after its accidental dousing by an audience members’ lager and a full blown crowd-surf from Broadbent during the ramshackle two chord thrash of ‘Kevin.’

Though one can be agnostic of the line walked between merited attention-grabbing and conscious attention-seeking, Cabbage leave plenty to write home about. And not an act of coprophagia in sight.

Photographs by Karina Jacenko – check out our full gallery from the gig.