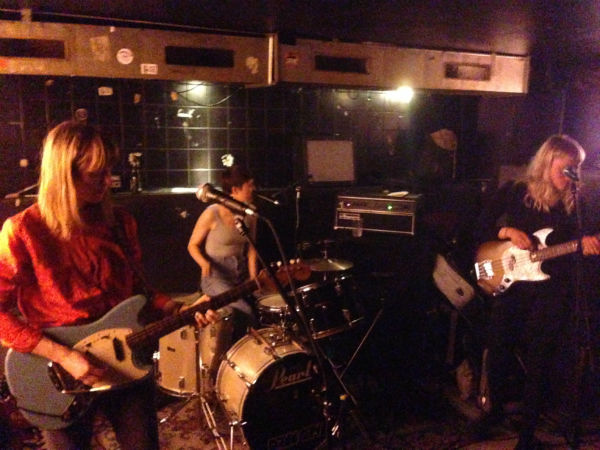 The Fix took a break from the UK to check out Copenhagen´s burgeoning garage post punk scene. Recently, the city has been producing a wealth of new bands, one of the best being all girl trio The Felines.

The band performed in Copenhagen´s grungy, grimey Drone club in a room full of beautiful Danes, unleashing a series of pared back two-minute belters. Their sound could easily soundtrack a Quentin Tarantino massacre scene, and is full of menace and spine-tingling surf guitar licks laid down by Ditte Melgaard. This is ably complemented by Mei Long Bao´s powerful drumming and Asta Bjerre´s basslines.

Chatting to the band afterwards, they made it clear that for them creating music is a collaborative process. Being an attractive all girl group in an overwhelmingly male music genre gives the band an edge over their competition, much like Manchester´s PINS. The band doesn´t have a UK tour lined up, but The Fix hopes they will be gracing a Bristol stage soon. They are certain to be well received.

Standout track – A Man Stuck in Your Mind