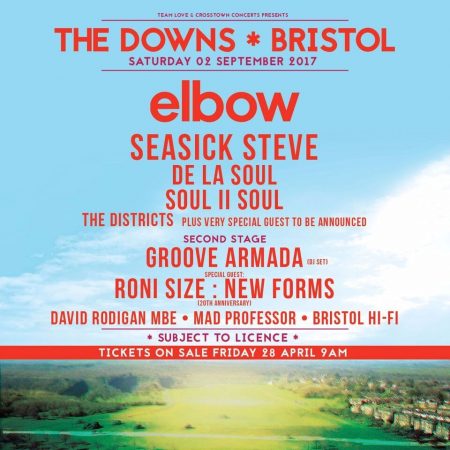 After hosting hometown heroes Massive Attack for its inaugural event in 2016 – and selling all 27,000 tickets within two hours of going on sale in the process – the Downs Festival returns for its second year on Saturday 2nd September. Featuring two live music stages and an ‘Information Stage’ providing guest speakers and workshops, the all day festival will deliver an abundance of late summer treats for Bristol music fans.

The headliners for this year’s festival are Mancunian alternative rock group Elbow, featuring the avuncular charms of frontman and BBC 6 Music DJ Guy Garvey. They will be joined on the main stage bill by Californian blues musician Seasick Steve (who will no doubt come armed with his diddley bow and stomp box) along with legendary hip-hop trio De La Soul and British neo-soul dance merchants Soul II Soul. Highlighting the festivals varied and eclectic approach, the line up will be completed by Ibibio Sound Machine, Keir and American rock band The Districts.

On the festival’s second stage, expect a show-stopping DJ set from Groove Armada, a performance by The Streets’ former leader Mike Skinner and, in celebration of the 20th anniversary of his Mercury Prize winning New Forms, local hero Roni Size will be performing the album with his mixer of choice, Mad Professor. 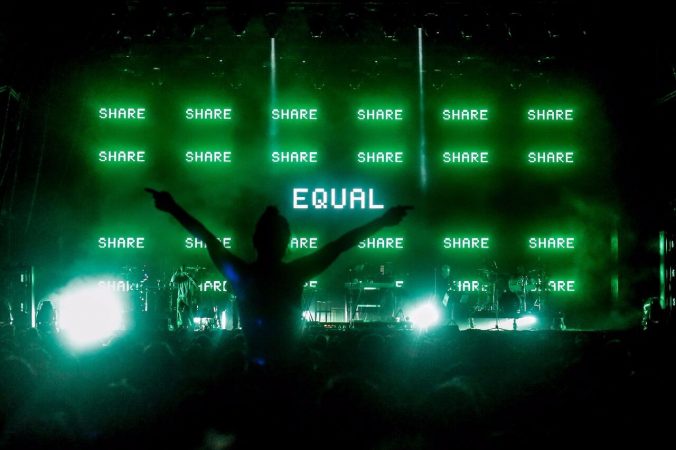 The Information Stage – a dedicated area for guest speakers, Q&A sessions, film screenings and photography – will feature, among others, hijabi poet Suhaiymah Manzoor–Khan and rapper/activist Akala.

Tom Paine, co-founder of event organisers Team Love, commented: “Last year’s festival was one of those events we will never forget and showed that Bristol can accommodate and host an event of this scale. We’ve looked back, reviewed, learned and we’re now ready to come back with a line-up and event site that makes the most of this all-day festival with more live music, more bars and more independent food.”

Tickets for this year’s event are still available. For full line-up details and info on how to book tickets you can visit the official festival site at: http://thedownsbristol.com/