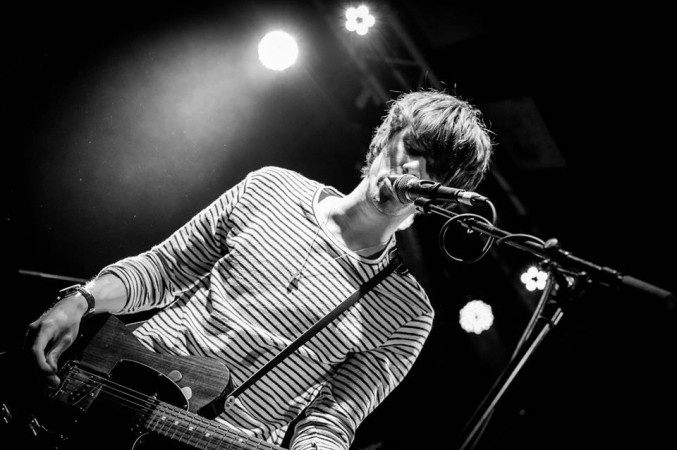 If there was a Tinder-esque app out there for match making media and events people then The Godney Gathering and Glastonbury FM would have given each other a cheeky little swipe to the right due to their shared ethos of supporting local music talent. They would have flirted a little, met up for a drink and got to know each other with Glastonbury FM paying, you know, because they wanted to put a stage in The Godney Gathering’s field. In time, when they knew it felt right, that aforementioned stage would have been conceived.

Fortunately, you don’t always need an app to meet people and a few years ago those involved with Glastonbury FM met with The Godney Gathering team and a stage was born. It’s run by GFM’s Thursday Live host, Ian Liversidge, who’s given us the lowdown on the acts for this wee little programme…

These guys fit somewhere within that new wave of indie-pop-rock. Reminds me of Maccabees or Two Door Cinema Club. They’re an anglo-swede mix in terms of personnel and have been much hyped by BBC Music. Find out more on their official website.

Liam Howard and the Truthseekers

A popular local musician not only with audiences but also within Glastonbury’s bustling musician’s circle too. Liam is a multi-skilled artist spanning genres but with The Truthseekers it’s rocky folk music with the accessibility of pop in a way. In places you could compare to Oasis, maybe not by sound, but with strong song structure and build ups to really catchy choruses.  Click here to listen to the music and find out more about this chap and his truth seekers.

Ideal as opening act as you need someone that has a bit of vigour to get the crowd going. If you’re into music that’s somewhere between folk and rock they should interest you. An enjoyable and good spirited act with some interesting costumes and dress. Listen to music from Lazy Daze right here.

This heavy alt-rock band really go for it on stage. There’s superb gruff and shouty vocals in parts but sweet melodies elsewhere. To play what they’re playing you’ve got to be accomplished and skilled. If you’re into the likes of Enter Shakiri or maybe even Slipknot then you should like these chaps. Keep up to date with Awaken The Silence on their Facebook page. 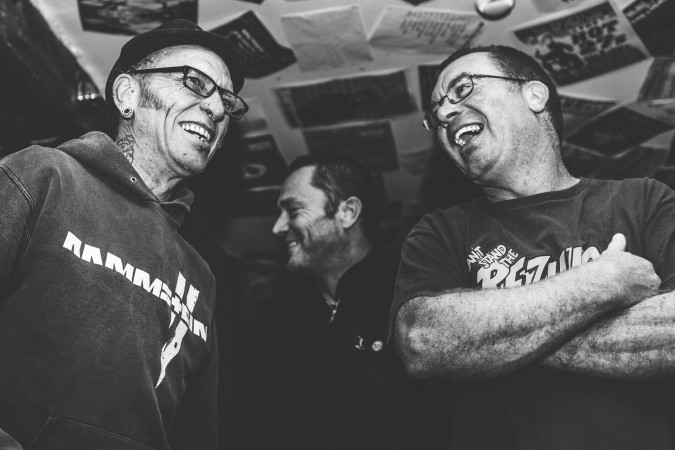 An old school punk band with characters so colourful and off the wall that they have attracted the interest of documentary filmmakers who want to tell their story. Badger, the drummer who also does a lot of vocals, is very funny and entertaining. Lot of good spirit and one for fans of bands like The Clash and Ramones. Updates are regularly posted to the band’s Facebook page.

Springing to prominence on the local scene after winning Glastonbury FM’s 2015 Songwriting Competition with his track ‘track name,’ this singer-songwriter delivers a smooth, delightful vocal with a cutting edge as darker undertones shine through. This talented young chap has some cool compositions with ‘You Get Me High’ being up there with the coolest and at a recent show at The King Arthur in Glastonbury he nailed it with a cover of MGMT’s ‘Electric Feel.’ Unfortunately, we can’t tell you where to keep up with him as he doesn’t seem to ‘do online’.

Difficult to describe. Very individual which makes frontman Mr Keep Calm standout on his own. The lyrics has a lot of Englishness in that you can picture the tales he speaks of, where he’s grown up and what’s going on in the area and country in his music. Very strong musicians surround him and together they’re lively, melodic and could be pigeonholed as anything from indie to folk and several genres along the way depending on which song you’re listening to. Click here for their official website.

On Facebook he describes himself as playing ‘south west swamp folk from the edge of the rhyne.’ His lyrics tell great stories often about local life and folklore. There’s an Americana acoustic based feel to his music. I even think it’s a bit garage sometimes. Mr Revelator has many tracks uploaded to Soundcloud so go and have a looky.

Charlie Miller and the Soul Agents

Charlie is an absolute legend in the area and has been for years. If you like full on soul and rhythm and blues music and the likes of The Commitments and so on then this is your act. He’s known to bring somewhere between 10 and 12 high-class musicians. Here’s their Facebook page.

Great band from Yeovil. They are a proper band that has punk, rock and garage in the mix. It’s a really gruff, gravelly but distinctive vocal style from frontman Johnny Poulton. I always think of The Clash, early Rolling Stones and The Who when thinking of these. Fantastic tunes by excellent songwriters. Regular updates can be found on their Facebook page.

This is upbeat acoustic folk at its best. They’ve been likened to The Levellers. Good laugh and big on their cider. Great to singalong to and join in with. Head to their official website and find out what they have on offer.

Tickets for this year’s Godney Gathering sold out but with line-up announcements and ticket details for 2016’s event to be released soon, keep an eye on thegodneygathering.com or follow on Facebook for updates. To find out more about Glastonbury FM, find their website here.