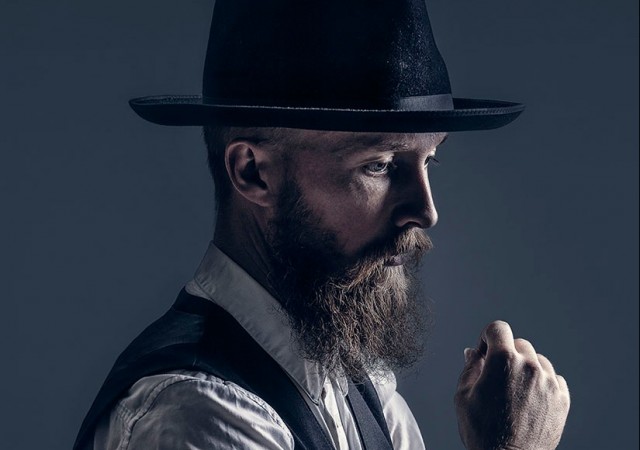 Pleasingly for a man who deals in chamber folk with a modern hue,

Duotone, the alias of Barney Morse-Brown, has an appearance entirely fitting with a contemporary folkster. Long in beard and sharp in thread, he could have wandered straight out of the mind of Mark Twain or a monochrome Coen brothers flick. Indeed, his pate even claims sponsorship from Stetson Hats.

Previewing material ahead of his new album, Let’s Get Low, due to be released in the Spring, Morse-Brown combines cello, electric and acoustic guitars and drum machine highly effectively. Looping technology has expanded the horizon for solo musicians, allowing them to add texture to their live performances, and Morse-Brown is more adept at this than most. This is despite his admission that “I spend all the time during songs thinking about what I’m going to say between songs. Then I stand on the wrong pedals.”

Morse-Brown’s cello playing is rich and adept – in ‘Walking to the Shore’ he even manages to make it sound like whale noises or seagull cries. His voice, however, lies at the other end of the spectrum. Sweet and high, it is youthful like a teenager just finding his chords, and particularly potent with lines such as “I cannot find the right way to talk to you.” While at points his chat with the crowd drifts into navel-gazing (“this is a song I needed to write, I needed to play”) he overall comes across as charmingly honest and self-effacing.

‘Greetings Hello’, from the 2009 album Work Harder & One Day You’ll Find Her, is a standout track, segueing from delicate fingerpicked acoustic guitar to looped cello-ed breakdown. Morse-Brown’s most effective material, however, is that which combines drum machine and electric guitar. ‘Little White Caravan’, for instance, has more edge to it than other songs, and is all the better for it.