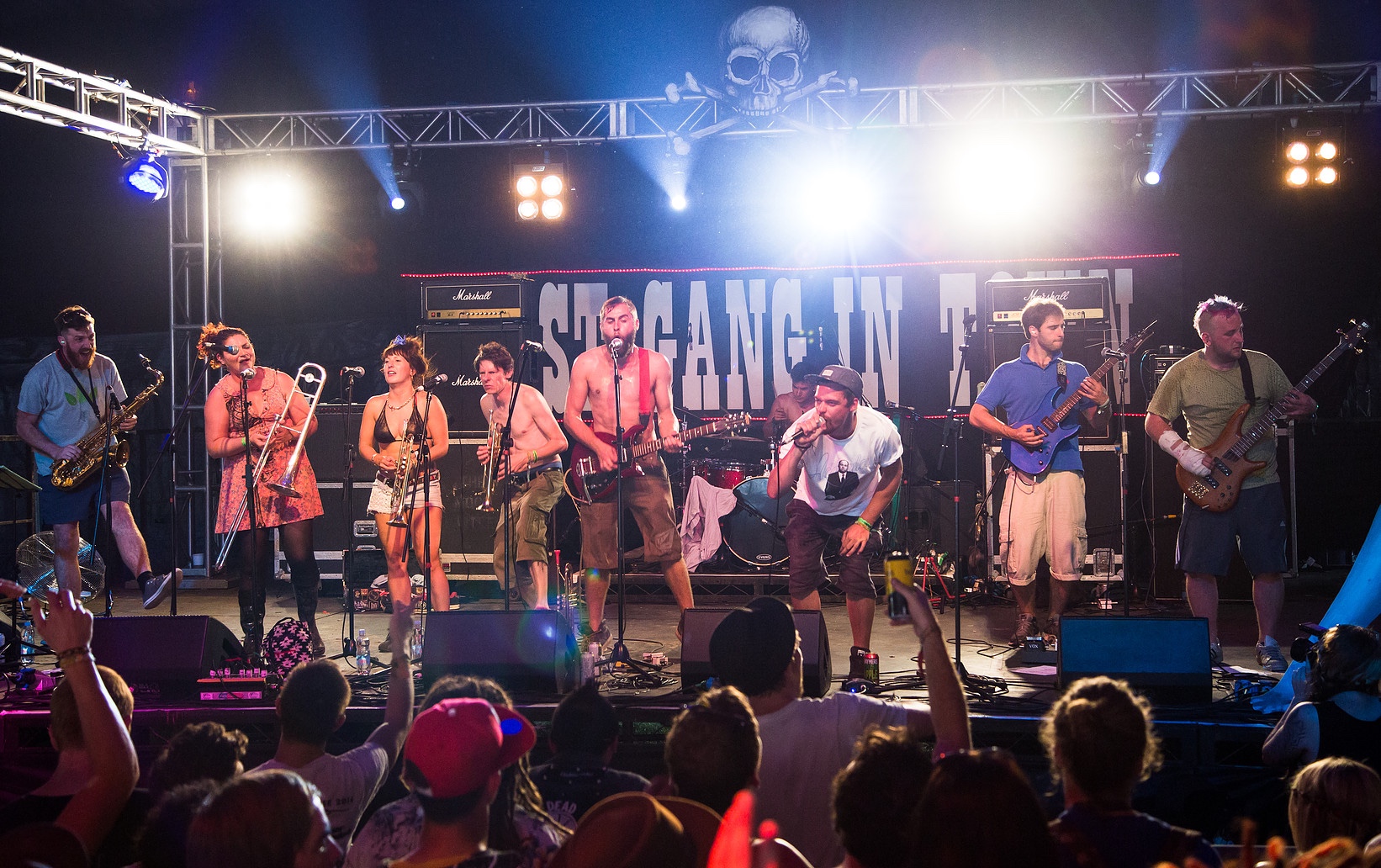 1 day, 6 of Glastonbury’s impressive gig venues and the musical talents of 42 artists including the mighty Laid Blak – following the success of their first ‘dot to dot’ style festival, Glastonbury Calling is back for a second year. The premise is simple – pay a tenner for a ticket and move freely between venues to catch as much music as you can from midday on Saturday 25th February into the early hours of the following morning. Can you go wrong? Let’s face it, many people would pay a tenner for Laid Blak alone…

“For years I’ve gone to events like Dot to Dot and Camden Crawl and always thought we were capable of doing that here in Glastonbury,” was the bold statement from the Calling’s founder, Ian Liversidge, ahead of its debut last year, which was well attended and went on to receive rave reviews as the town embraced his vision. As with last year, Liversidge has booked an array of talented artists from all over the south west with Shoot The Moon, Mad Apple Circus, Flipron, Swampgrass and a firm favourite of The Fix, Lee Rahn, on a bill that spans Bocabar, The King Arthur, The Hawthorns, The Riflemans, Glastonbury Assembly Rooms and The Market House.

As many a local resident will say, the town is blessed when it comes to outstanding music venues, but one of the most satisfying aspects of last year’s event was the fact that many drawn to the area for the music were able to sample the many other delights that the town has to offer. There’s great food in Glastonbury at a host of independent pubs, cafes and restaurants, including several of the host venues. The shopping experience in the town’s High Street is like no other with the quirky, weird and wonderful waiting to be found and there’s no major chain in sight. Furthermore, there’s the history and remarkable tourist sites such as the Tor and Glastonbury Abbey that draws visitors from around the world. You’re more than likely to see something unique and bizarre, like a wizard walking his pet goat down the High Street too, if this morning is anything to go by. It’s that kind of town…

In addition to persuading people to come to the town it’s the perfect opportunity for local people who haven’t explored the music scene to sample the delights in one sitting. It’s a diverse offering so there’s undoubtedly something for everyone including those with a more eclectic palate when it comes to music tastes. “Each venue has a different flavour in terms of the genre and we’re hoping people will see what a wonderful town this is for live music,” Ian says with great pride.

All profits from Glastonbury Calling will be donated to the town’s community radio station, Glastonbury FM, which provides an outlet for local individuals, groups and organisations to have a voice and an exciting opportunity for them to train and develop new skills in radio production and business management. As a director of GFM and presenter of its flagship live music show, Thursday Live, Ian and his wife and event co-organiser, Karen, live and breathe music and the passion and commitment they have put into Glastonbury Calling means we have no doubt that it will be a success once again. Full line-up details can be found below.

Tickets are on sale online and in person from Bristol Ticket Shop. You can also buy directly from Jaywalk Guitars, Bocabar and The Hawthorns Hotel. Tickets will go up to £13 on the day if any are remaining so we strongly advise you to buy them in advance. Updates on this event are regularly posted on the Glastonbury Calling Facebook page. 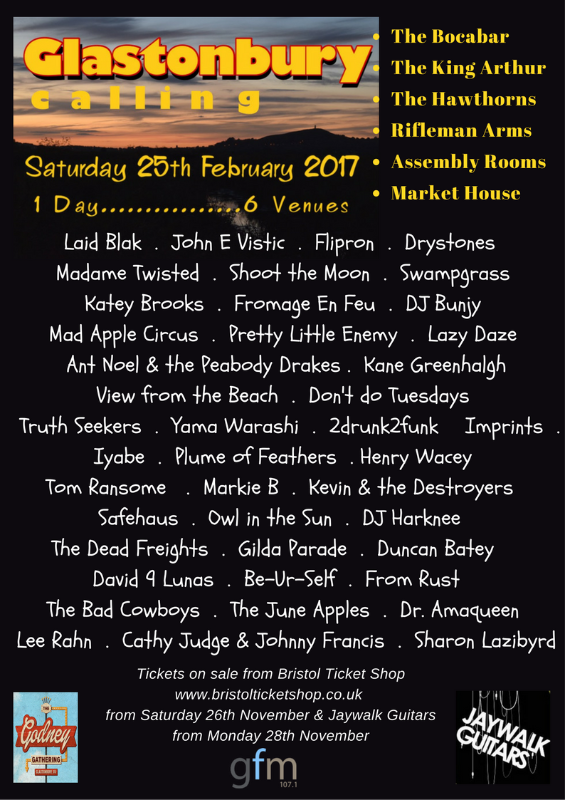