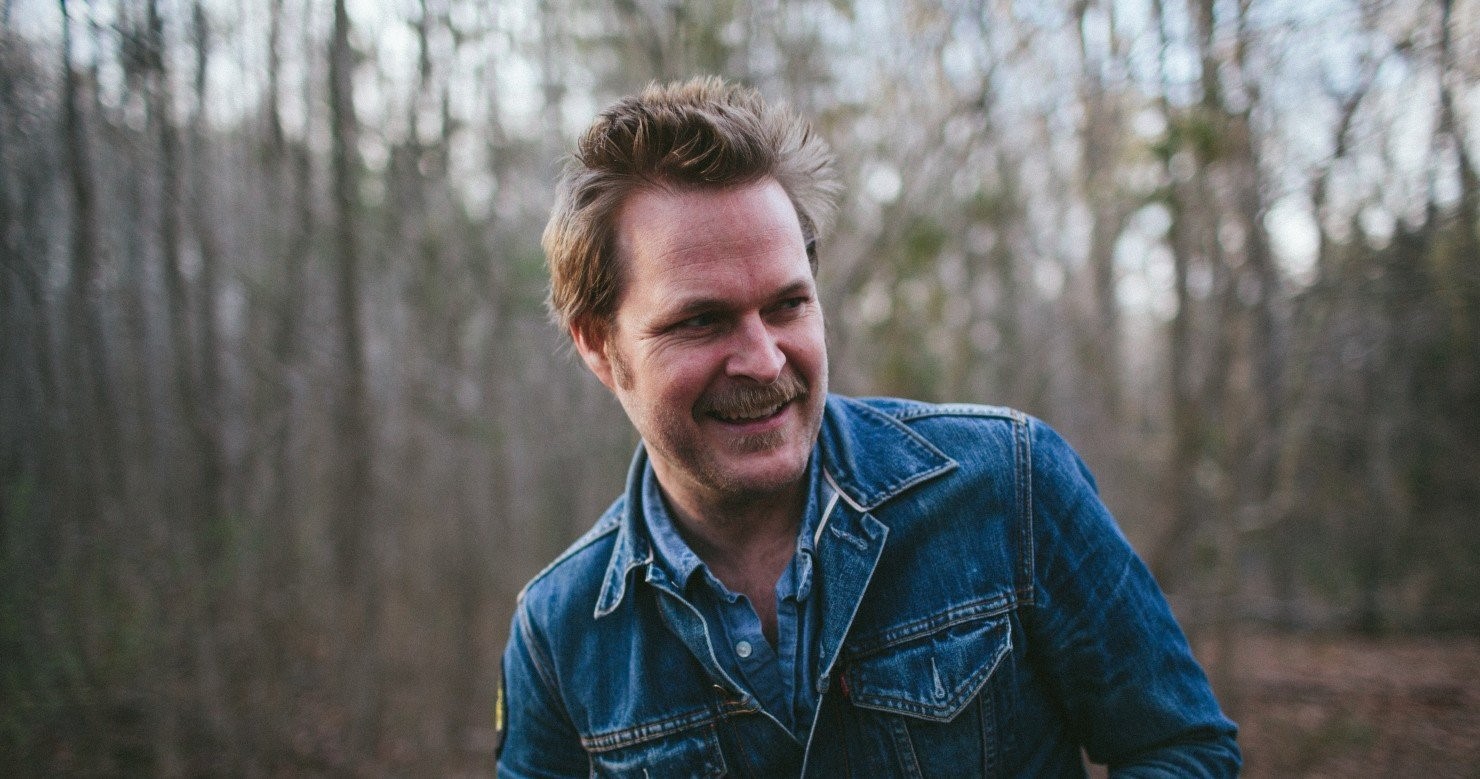 The pre-show layout of this evening’s stage – two acoustic guitars, a chair, a small table holding a glass vase of roses, the conspicuous absence of a drum kit – indicate clearly the impending nature of tonight’s show. With Hiss Golden Messenger essentially serving as a solo vehicle for his handsome grasp of folk-inflected country rock, North Carolina singer-songwriter MC Taylor is singularly taking the reins. The choice to eschew a full band set up provides a slightly ambiguous enjoyment; the intimate format offsets Taylor’s engagingly laid-back gifts as a between song raconteur against the disappointment that the enjoyably sleek textures of his recorded work are largely missing.

Though ‘Mahogany Dread’ – from fine 2014 album Lateness of Dancers – appears early doors, the limitations of the solo acoustic setup has already become apparent. Without the smoothly subtle touches of electric guitar and the song’s whirling keyboard break, an excellent track is demoted to a sub-optimal strum along. The fact of Taylor’s mostly sticking to strumming – save some stylistic variation in his occasionally adopting a thumb pick – makes for a sameness that struggles to sustain a full show. It’s not until ‘Call Him Daylight’, which appears late on, that Taylor requires more instrumental dexterity as he throws in some hammer-ons and executes several neat fills.

To highlight these disappointments is certainly not to denigrate Taylor’s songs; it’s more to lament as to how appealing a fully fleshed out Hiss Golden Messenger would sound in the live forum. However, the stripped back approach does allow natural breathing space for Taylor to excel as a storyteller between tracks.

In detailing the inspiration for ‘My Wing’, he recounts a retreat to the hills of Virginia whereby the real sound of children playing was confused with a psilocybin induced delusion; he recalls a past Colston Hall show that resulted in his drummer having a stoned encounter with Macy Gray; he amusingly suggests that scientists will one day expose that the drifts of stage smoke incongruously engulfing him after each song actually “make you very sick” and he tells us of a fellow countryman who warned him not to sell “Defend public schools” T-Shirts at gigs in England.

Following song requests being offered up by the audience, Taylor makes a rare solo attempt at ‘Day O Day’ but after commenting “so far, so good” he immediately forgets the lyrics and aborts two thirds of the way through. He then urges a return to more sturdy terrain by proselytising the audience for call and response duties at the chorus to ‘Heart Like a Levee’. Interestingly, his singing of the line “When I was down in Bristol” during ‘John The Gun’ is discovered later to be the actual lyric as opposed to a pandering to the local audience.

The responsive cheer that follows the line “everybody in the whole damn place has gonna have a good time” during ‘Biloxi’ is affirmation that tonight’s show has been enjoyed. Also Taylor’s untimely recounting a scatological anecdote about a drummer being “caught short” just as support act Olivia Chaney joins on stage for a duet is a final reminder of his pervasive good humour. However, Hiss Golden Messenger as a bare-bones simulacrum feels like a lost opportunity.