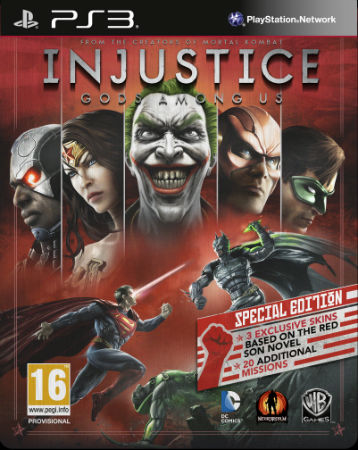 Injustice: Gods Among Us is an all-new game in development by award-winning NetherRealm Studios. The title debuts a bold new fighting game franchise that introduces a deep, original story featuring a large cast of favorite DC Comics icons such as Batman, Green Arrow, Cyborg, Aquaman, Harley Quinn, Catwoman Nightwing, Solomon Grundy, Superman, The Flash, Wonder Woman, Green Lantern and many others. Set in a world where the lines between good and evil are blurred, players will experience heroes and villains engaging in epic battles on a massive scale. Injustice: Gods Among Us is scheduled for release on 19th April, 2013 for the Xbox 360®, PlayStation®3 and the Wii U™.
Follow @Thefixmag
Recent Posts
We Like You…