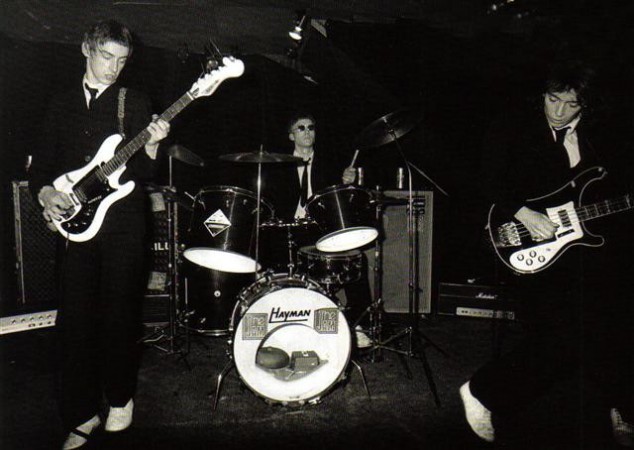 Under a barrage of angry guitars and youthful call to arms lyrics, The Jam introduced themselves to the world with their 1977 debut ‘In The City’. Released when songwriter Paul Weller was still a month away from his 19th birthday, the song is a mod-influenced celebration of the young and his lyrical nods to the “young idea” and “those golden faces are under twenty five” observe the bristling convergence of British youth and Weller’s optimism for the punk movement that was to culminate six months later with the release of Never Mind The Bollocks, Here’s The Sex Pistols.

Though only a minor hit, ‘In The City’ was the first of eighteen consecutive Top Forty singles and the beginning of a five year assault on the charts that saw the Woking band score nine Top Ten hits, including four number ones. Even though 1982 saw The Gift soar to the top of the album charts and The Jam becoming the first band since The Beatles to perform both the A and B sides to their chart topping ‘A Town Called Malice’ on Top of the Pops, Weller reasoned that the band always stood for youth and, by the year’s end, decided to leave the party early.

In the same month that ‘Beat Surrender’ became The Jam’s fourth number one single, Paul Weller decided to walk away from the biggest band in Britain at the peak of their powers at the age of just 24; in a world where successful bands consistently succumb to decline in bleeding dry their commercial viability, it might well be the coolest gesture ever committed to the footnotes of musical history.

‘In The City’, written by a a man barely out of boyhood, is one of the great debut singles.