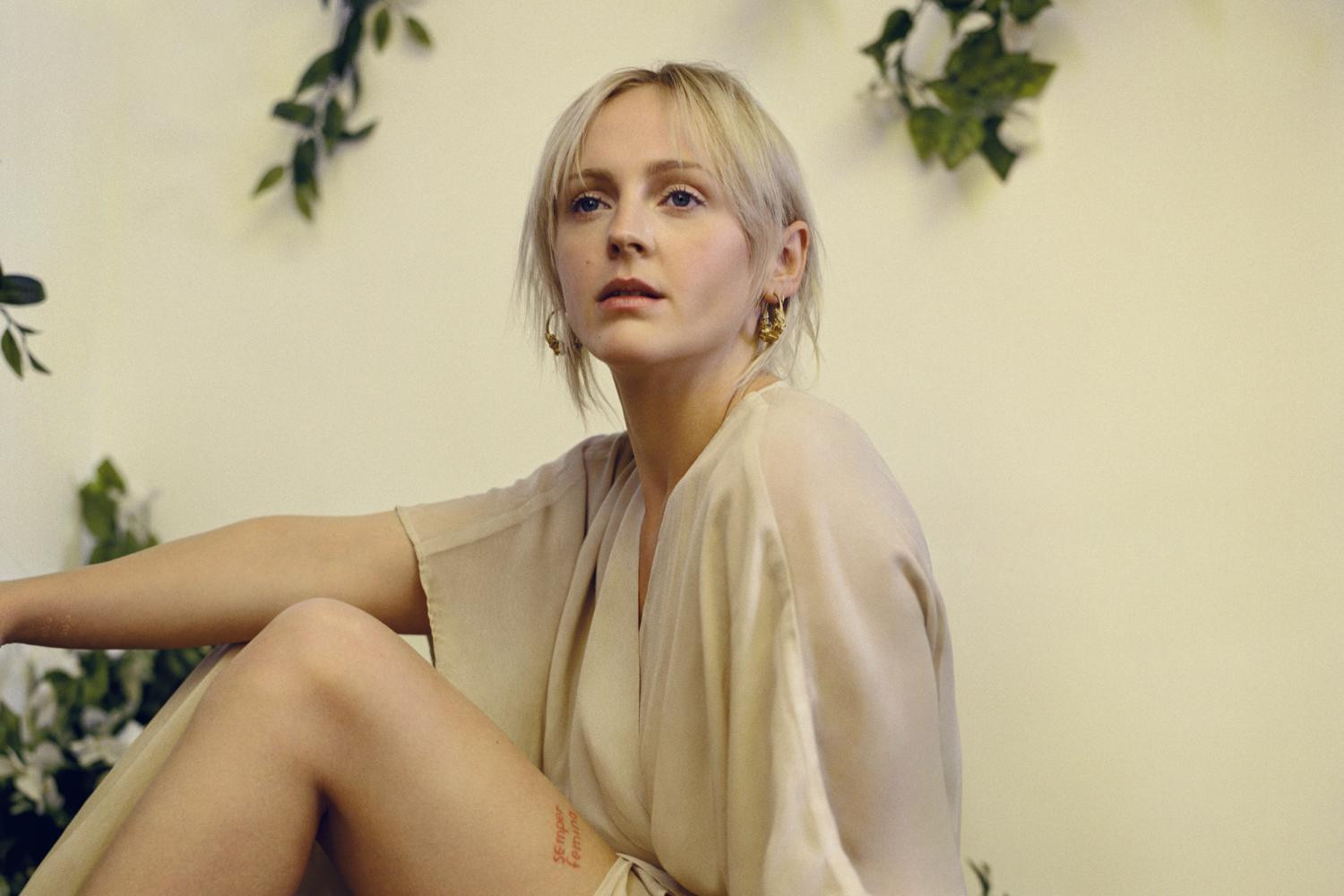 It’s a fraction over a year since Laura Marling last appeared at Colston Hall with a typically assured performance to close 2016’s BBC 6 Music Festival. On the back of that appearance and with a reputation that ostensibly grows more favourable as her output expands, the precocious folk artist – nearly a decade in to a prolific six album career and now a veteran at just 27 years old – sold out tonight’s show months in advance. It feels like a long time since a pixie-haired, 25 year old Marling appeared at the city’s relatively tiny Thekla in February 2015.

Set upon a florally themed stage – myriad flowers snaked around mic stands, amplifiers and drum riser – tonight’s show occurs on the eve of the release of new album Semper Femina. We’re four songs in when Marling states “There’s a lot of new stuff at the front end of the show” with a tinge of apology; the audience, however, instantly cheer with approval and, unusually for an artist with a lengthy back-catalogue, enjoyment of tonight’s show lies largely upon the strength of the new material.

‘Soothing’ is a moody opener, it seductively creeping onwards with fractured electric guitars and double bass before fleshing out into a lavish Goldfrapp-esque chorus;  it’s enthusiastically received and an accidental moment of theatre occurs when the light catches Marling’s smile for a brief second before the stage plunges into darkness. ‘Don’t Pass Me By’ – featuring Marling’s pretty finger-picked guitar accompanied by a descending bass figure – is a fine moment of dark, shimmering folk pop.

‘Always This Way’ is perhaps the new record’s most immediately attractive melody; at one moment quirky with even a tinge of calypso, the song grows into poignancy with its regret themed lyricism (“25 years and nothing to show for it”). Marling sings about “a year, where I didn’t smile once, not really” in the semi-caustic longing of standout tune “Nothing, Not Nearly”.

Meanwhile, ‘Nouel’ is a solo outing – the spotlight falling solely on Marling’s crisp finger-picking and impressively dextrous vocals – and features the new album’s titular lyric, a reference to the Aeneid and translating as “always a woman.”

Almost playing the new album in its entirety, it’s very much a show of two halves as Marling jokes about cracking on with “all the multi-platinum hits.” Her caustic semi-rapping during the upbeat gear shift at the latter end of ‘Sophia’ brings to mind the central attraction of Marling as a performer: that of her considerably elastic vocal talents; she effortlessly switches between half-talking atonality, caressing falsetto, acerbic expostulation and, in the case of ‘I Speak Because I Can’, an impassioned yearning.

A moment that temporarily pierces through Marling’s self-possessed professionalism occurs when a wry smile marks her fluffing the chord change into the chorus of ‘Once’ and before ‘Darkness Descends’ her drummer owns up to moments of looseness by apologising to the audience that he is having a bad night. His confused, misfiring remark “I feel like Hitler trying to do Elvis, on a bad day” suggests that he is also having a sub-par evening in choice of metaphor.

Marling is not a natural compere for an evening’s work in front of an audience – though one senses that this should be construed as coolness not coldness – but she seizes on the moment and induces a nice interlude of intra-band repartee when she asks her bandmates in turn for further comment. She then explains her (actually quite refreshing) approach of forgoing encores before closing with old favourite ‘Rambling Man.’

Tonight is further evidence that Marling has grown into a world class performer. Now armed with another album of quality material, she marches on as the darling of British folk.