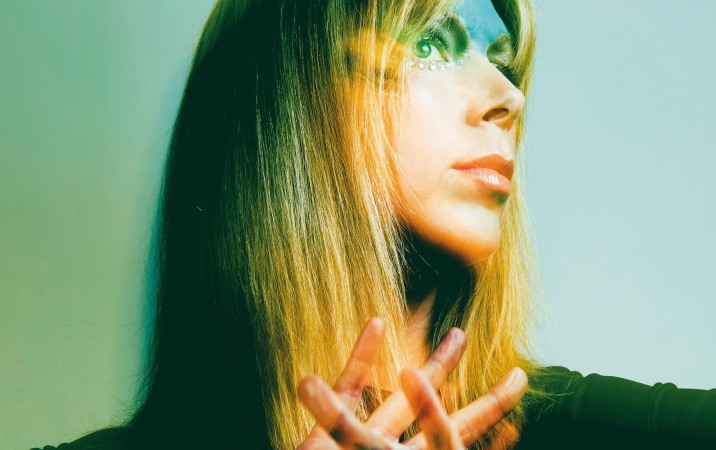 Before our selection of this week’ new releases, some information for you rare breed of humanoid out there who still purchases music…

This Friday marks the inaugural worldwide standardised release day for new music. With new releases previously occurring on a Monday in the UK and a Tuesday in the USA, new singles and albums will now be released all around the world at 00:01 on Fridays. Sure, it’s a rather difficult time to pop down to your local HMV but since that’s now a passe activity that occurred sometime in the distant 90s, the global release day is hoping to build “a sense of occasion around the release of new music”.

Anyway, here’s a look at some of the releases you can pick up this Friday:

After starting to feel the limitations of her female singer-songwriter pigeonhole as her solo career failed to evolve in earnest, the former member of Britpop band Kill Laura soon began expanding her musical boundaries with experimentation and a move back to psychedelia. Taken from 2014 album The Silver Globe (a title inspired by an obscure 1988 Polish film directed by Andrzej Zulawski – didn’t you already know that, you bloody idiots?!), ‘Mission Desire’ is an enjoyable piece of sci-fi psych-pop.

Swamped in synths and featuring Weaver’s enchantingly eerie vocals, this track floats pleasantly along atop sonic waves that evoke something approaching a dreamlike post-apocalypse.

I always believed that the quickest I’d ever see a geriatric bombing around in unconventional transport was when, to the collective sound of a nation’s sides splitting, Last of The Summer Wine’s Compo hilariously slid down a hill in a tin bath. However, check out the old fella in this video for Avicii’s latest Europop stomper ‘Waiting For Love’. Livid after his wife (played by Pauline Fowler) goes AWOL after carelessly dropping her knitting and breaking a vase, he necks several rousing Benzedrines and takes to the road to give that biatch a piece of his mind.

His journey is aided when his mobility scooter is massively souped-up by that shovel-wielding nutter from the original Home Alone film – an act of “pimping” one’s “ride” that pisses on anything watched over by Tim Westwood and which allows him to outpace both an ostrich and the Shropshire chapter of the Hells Angels.

Kitty, Daisy & Lewis – ‘Whenever You See Me’

Despite their individual names combining for a moniker that sounds like a gang of benevolent cartoon chums soon to appear in a new CBeebies series this autumn, the sibling fronted group from London make for a proficient multi-instrumental mashup of nostalgic styles. Touching deftly on a number of genres ranging from swing, jazz, old fashioned R&B and country blues, the five-piece have amassed a number of celebrity fans including David Lynch, Dustin Hoffman, Ewan McGregor and renegade Norfolk farmer Tony Martin.

The only video available for ‘Whenever You See me’ is this live performance on KEXP where we are party to a first class lesson for any corporations looking to achieve their equality quotas.