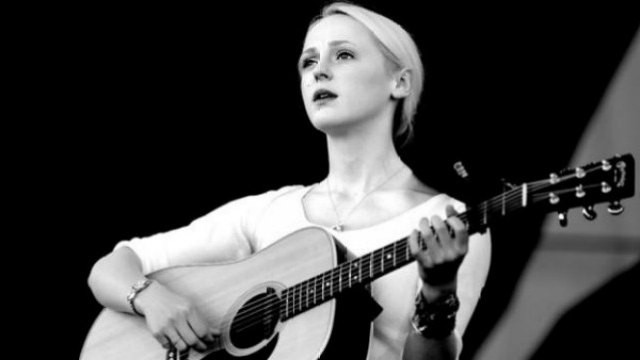 With our weekly Throwback Thursday article suffering from lack of interest due in most part to the hubristic whims of dead rock stars (not even the sniff of a retweet by the likes of Roy ‘The Big O’ Orbison or any member of early 50s doo-wop combo The Prisonaires), it’s time to join in with the 21st Century with our ‘New Singles of the Week’ feature.

Bringing us right up to date, we give you three of the best singles released this week.

Propelled forward by fractured guitars and sparse instrumentation, Marling’s catchy ‘Gurdjieff’s Daughter’ is the most immediately attractive of this week’s new single releases. Both breezy and tinged with ominous sounding minor chords, Marling’s new single features a video of her perambulating around a rather social looking homestead in Los Angeles – a city to which she has recently relocated.

With its off-kilter video and Four Seasons inspired title, ‘Big Girls Cry’ is taken from the Australian singer-songwriter’s 2014 release 1000 Forms of Fear. A powerful slice of pop with a memorable chorus, this track sees Sia provide further vindication of her laying claim to the commercial pop-art crown held in recent years by Lady Gaga. Featuring a video of a Sia’s micro heir apparent enduring such a stark breakdown that she tries to use her foot as a telephone and devour her own fist, the lovelorn sentiments of the lyrics are offered a twist of unhinged heartbreak.

Catfish and The Bottlemen – ‘Hourglass’

In a crazy last eighteen months of dizzying progress for Catfish and The Bottlemen, Van McCann and company continue their ascent with ‘Hourglass’, an acoustic led track at odds with their usual high-octane indie rock. Their most reserved release to date, the track’s video features a middle-age Obi Wan Kenobi strumming himself silly on acoustic guitar. This is something a little different from the Llandudno boys and their songwriting abilities stand firm within the subtlety of the new approach.