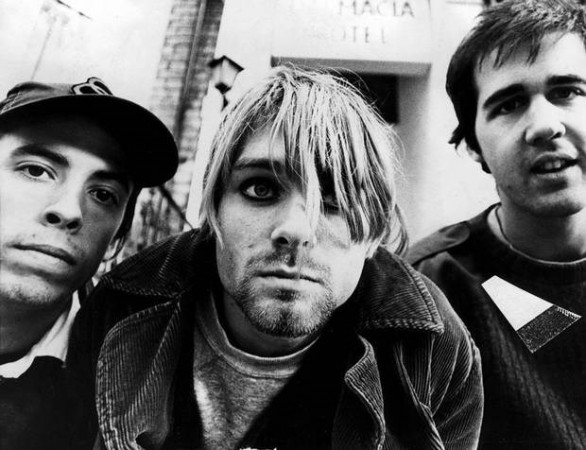 Dating back to at least 1988, ‘Polly’ was one of the earliest examples of Kurt Cobain boycotting his Sub-Pop ready grunge sound and instead deferring to his natural penchant for hooky songwriting. Deemed to be too out of place for 1989 debut Bleach, the song finally appeared on Nirvana’s staggeringly successful follow up: the game changing Nevermind; a commercial juggernaut that went on to sell over thirty million records worldwide.

Inspired by a newspaper story about the kidnap, rape and torture of a teenage girl in 1987, ‘Polly’ is a daring first-person foray into the mind of the assailant. The song features some of Cobain’s most striking lyrics; “I think she wants some water/To put out the blow torch” touches on one of the torture methods suffered by the 14 year old victim while “It amazes me the will of instinct” was no doubt one of the lyrical gems that inspired an impressed Bob Dylan to remark “That kid has heart”.

Another point of interest is that ‘Polly’ is the only track on Nevermind to feature Bleach drummer Chad Channing; albeit his contributions are merely the single cymbal crashes leading into each chorus and at the song’s conclusion. Sparsely arranged and featuring Cobain on a burnt out five string guitar, the song stands up purely on the strength of its melody and subject matter.