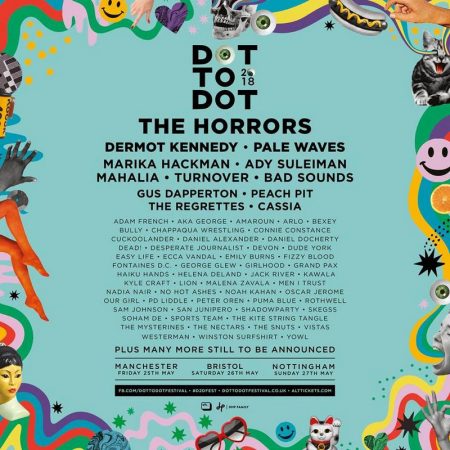 Next Saturday sees the return of the spring bank holiday annual feast of music as the 2018 edition of Dot To Dot Festival makes its way to Bristol. The line up, stages times and venues have been finalised and the stats are as follows: on 18 stages across 14 city centre venues, over 150 upcoming bands and artists – both international and local – will provide the live performance extravaganza.

But, with so much choice, how does one negotiate such an overwhelming beast of live music options? Well, for a start you can check out the festival’s Spotify playlist and make your selections or you can just get drunk on the day and ‘Eeny, meany, miny moe’ your way around the festival programme (not the racist version please kids!).

However, if you can’t be arsed with either option, The Fix has carried out some of the work for you. Here’s our top 5 picks for this year’s Dot To Dot shenanigans: 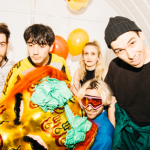 Blending myriad upbeat styles including synth-pop, indie disco and hip-hop, the Bath-based quintet offer a joyous musical soup that is perfect for live performance. Featuring brothers Ewan and Callum Merrett as co-frontmen, Bad Sounds will once again be basking in the warmth of their considerable Bristolian fan base and, judging by an unfailing desire to put on an entertaining show for audiences, it will no doubt grow further. They’ve also made waves on a national scale – Radio 1 DJ Annie Mac once hailed their ‘Wages’ as the “hottest record in the world”. Bad Sounds may as well be a synonym for Good Times. 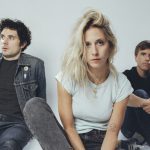 After releasing 2015 debut album Feels Like on Columbia Records affiliate Startime, the Nashville alternative rock band took a somewhat circuitous route to their present day slot on the roster of celebrated, Seattle-based label Sub Pop. Featuring the enticing vocal styles – at once a soothing caress then a wailing female Cobain – of frontwoman Alicia Bognanno, Bully have a 90s radio rock sound with influences spanning The Breeders, The Lemonheads and Pavement. They also have a skins-man who’s the exact namesake of The Police drummer Stewart Copeland and, in bassist Reece Lazarus, the man with perhaps the coolest name in music. 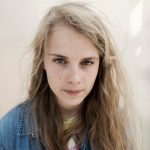 Having previously supported Laura Marling during a US tour in 2015, the London-based singer songwriter is perhaps pre-destined to dethrone Marling as the darling of British folk music. However, Hackman’s expression of the genre is something altogether more dark, melancholic and occasionally unsettling. Check out, for instance, Hackman in full covetous harridan mode in the sly opening verse to brooding 2017 single ‘Boyfriend.’ Her latest album I’m Not Your Man has received glowing reviews and features Dot To Dot 2017 alumni The Big Moon as backing band and vocalists. 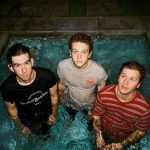 Formed in 2012 as a project simply to kill time after three pals graduated from high school, the Californian trio play an intriguing and somewhat eccentric fusion of surf rock and punk with elements of off-kilter indie and even some doo-wop style harmonies. This has resulted in what one baffled journalist has described as “tunes that managed to be catchy, aggressive, and playfully ridiculous all at once.” The band’s contrary nature is further highlighted in their rather brave choice of title for their second album You Are Going To Hate This – however, judging from the title track, we can happily read this as ironic. 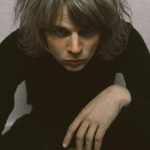 An exponent of rock music in its most classic and enduring sense – particularly within the rather overt Bob Dylan influences – the Oregon based musician is unabashedly staking his claim as a modern-day incarnation of the singer-songwriter archetype. Combining elements of alt-country, southern rock and electric folk, he is a firm believer in the imperative role of lyricism: “I hate the idea of conforming to shitty lyricism that happens nowadays”, he says. Craft has a cited Dylan’s clear influence on his vocals in interviews: Exhibit A – check out his delivery of “draaaaggg” during the opening chorus of ‘Exile Rag’.

(Please note, absolutely no time clashes for our recommendations this year – damn you Mike Clothier)