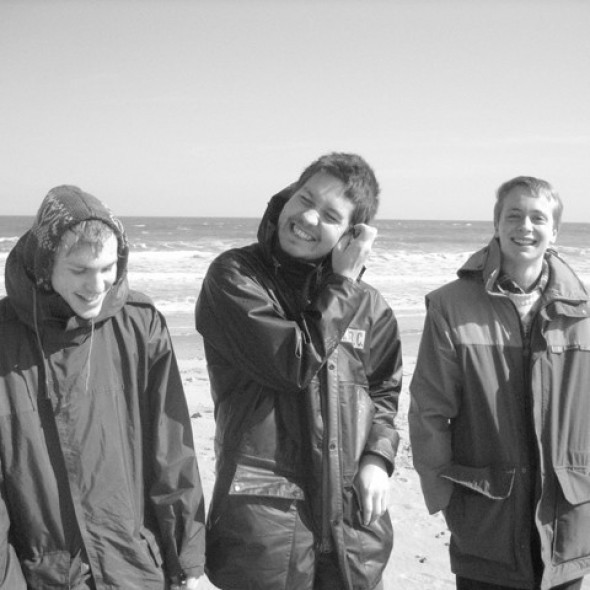 On the road once again in promotion of their sixteenth studio album – released last week and boasting the characteristically quirky title Bamboo Diner in the Rain – the Leicestershire trio have seemingly become one of the most prolific and tour intensive bands in the country. The idiosyncratic songs of frontman Dave Tattersall, along with airtight musicianship among three close friends that can only be born of many years of touring, have seen The Wave Pictures endure as cult live performers. For many people they may well be a personal favourite among acts sufficiently under the radar enough to be appearing within the relatively small space of venues like Hy Brasil (formerly Start The Bus).

However, it’s a slightly slow start to proceedings; Tattersall stands poised at the microphone and awkwardly eyes up a vacant sound desk before the tardy engineer rushes back to resume his post. Opening track ‘Panama Hat’ is a good indication of the band’s continued evolution away from the melodic and slightly kooky indie of yore into something more resembling out and out rock. Drummer Jonny Helm assaults his instrument in a thundering of tom-toms while a bass solo from Franic Rozycki is early evidence of a shift to playing his instrument more as a conventional guitar.

Another new track ‘H.D Rider’ features the adroit intermingling of Rozycki’s complexly busy bass riffs with Tattersall’s chiming blues guitar while the simple, boisterous rock and roll of ‘Pea Green Coat’ contains another bass solo that even has Rozycki executing several string bends.’The Pool Hall,’ with its infectious, bluesy bass riff stomp and peppy three way vocals, is perhaps the most satisfying of the new songs.

The group’s most recent albums seem to have facilitated a move into a more dynamic, bluesy rock ensemble that has arguably played to the strengths of each individual musician for live appearances. The stop-start attack of ‘The Goldfish’, for instance, is a fine example of bass-driven melodic rock and there are a couple of spotlights for Helm to thrash out a drum solo. Meanwhile, it is generally the newer tracks that provide a showcase for Tattersall’s blistering lead guitar solos – he remains one of the most proficient guitar noodlers on the live circuit.

Of course, there is still ample room for some rather more nostalgic fare: ‘Friday Night in Loughborough’ – a bleak vignette of home town boredom and debauchery – makes a rare and welcome appearance and, with its “La la la” sing along refrain, works well as a live performance. ‘Just Like a Drummer’ – an old favourite and perhaps the finest example of Tattersall’s off-kilter lyricism – is slowed down to a pleasing strum along.

There’s also the now customary lead vocal slot for Helm to leave his kit and take centre stage. Playfully introduced by Tattersall as a man of “mystery, charisma and sexual magnetism”, Helm delivers the band’s oldest song ‘Sleepy Eye.’ Meanwhile, there’s a new feature of Tattersall sweetly adding a guitar solo that somehow manages to capture the sound of pedal steel. Another pleasant surprise arrives in the form of the catchy rock and roll of ‘Canvey Island Baby’, described by Tattersall as his tribute to Dr Feelgood.

Though undoubtedly a solid evening of music, there doesn’t seem to be quite the same level of ease and appreciation between band and audience; missing are the persistent bellows of song titles from the crowd and usual sing along moments such as the “Stay here” refrain of ‘Stay Here and Take Care of the Chickens’ feel somewhat less spirited. Even Tattersall – whose effortlessly charming patter between songs has been a significant source of enjoyment during past shows – seems a little subdued. I guess that sometimes one just needs to let the music do the talking and it’s a tight, dynamic and, as ever, enjoyable appearance by The Wave Pictures.