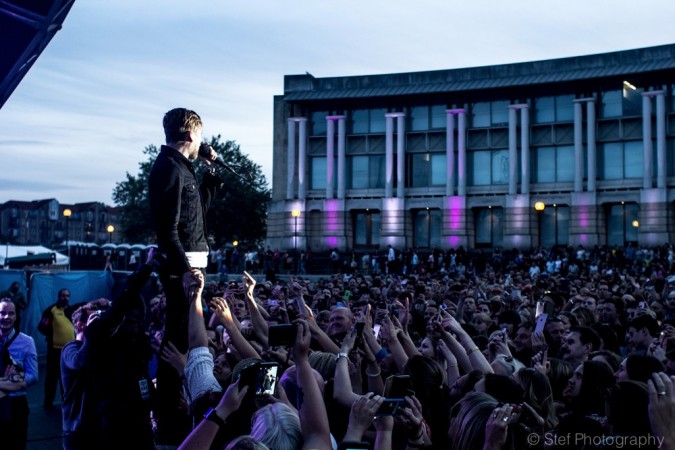 Energy overflowed from the Lloyd’s Amphitheatre in Bristol tonight, thanks to the Kaiser Chiefs headlining the second evening of the 2015 Bristol Summer Series. The sold-out crowd was thick and heavy with anticipation; all 5,000 eagerly awaiting the night’s performances.

The Chiefs came to the stage with a thunderous vigour from the very start, opening their set with a fan favourite ‘The Angry Mob’; as the crowd sang along from the very first chorus it was obvious the tone had been set for the rest of the evening. Nearly every song performed was met with an audience singalong and Ricky Wilson’s energy did not wane as he bounced from one side of the stage to the other, tambourine in hand. Guitar and drum heavy, the songs offered a beat to jump to and that’s what we did, song after song, jumping and dancing to the sounds of this rock band from Leeds, who were genuinely enjoying every moment of being on stage. 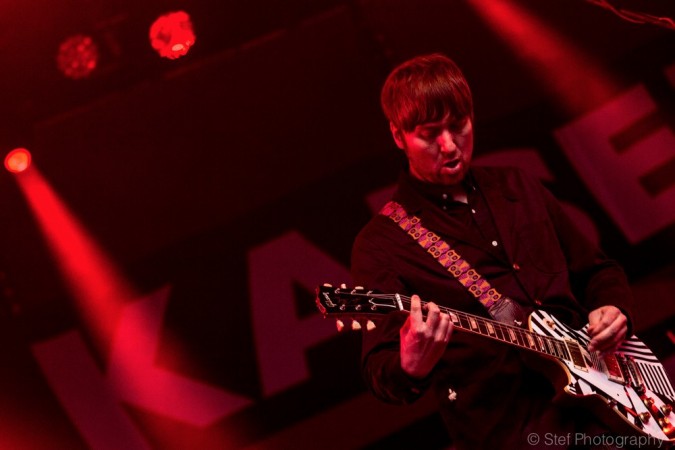 Wilson is a true performer who knows the importance of interaction with his audience. There’s no waiting for onlookers to start enjoying themselves; his infectious charisma spills out over everyone and demands their participation. If the traditions of a rock band are to be loud, hard and heavy than the Chiefs honoured these traditions well tonight as they left their audience blissfully exhausted; bringing everything home with ‘Coming Home’ from their most recent album Education, Education, Education & War.

Sadly, the same cannot be said for the Chiefs’ support act, the progressive future pop-rock band Everything, Everything who unfortunately did not bring everything to the stage on this occasion. As the band’s third album Get to Heaven was released earlier this week, I had been keenly anticipating seeing their performance at the Bristol Summer Series. Their eclectic style – an experimental combination of elements from nearly every musical genre – and often complex song structure, suggested their live performance would be an energetic feast for both the eyes and ears. 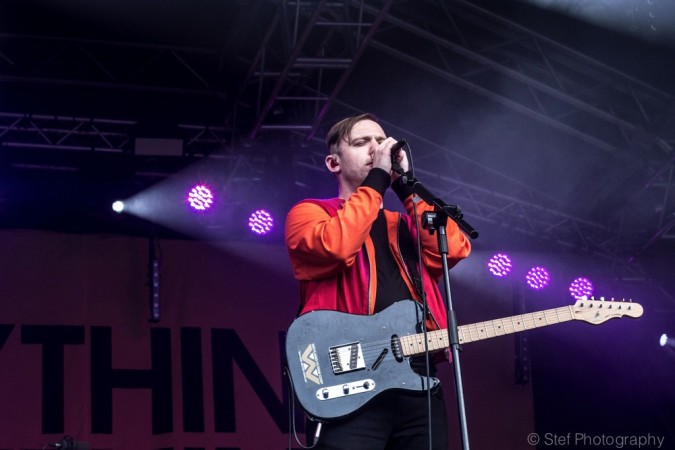 While it was clear these lads are real musicians and can harmonise well, they looked stiff and uncomfortable on stage. Their lack of interaction with the crowd came off as a lack of interest in being there and the crowd responded with a waning interest. If they stuck around for it, I’m sure they learned a thing or two from the Chiefs’ set tonight and I look forward to another opportunity to see them in better form someday.

Stay connected with The Fix as we continue to cover the remaining second half of the 2015 Bristol Summer Series. Follow us on Twitter for live coverage of the events. Tickets are still available for Seasick Steve on Friday evening – for tickets, visit bristolsummerseries.com

Saturday’s scheduled event has been cancelled due to Jessie J being unable to play after recovery from a recent operation has taken longer than anticipated.

View our full gallery of the evening.